This was no different to any other end-of-season contest. A flat atmosphere, chances aplenty and absent defences. All that was missing was the goals and some decent weather.

But with two of the Championship’s lowest scorers on show, it was never going to be the goal-fest that you often get at this stage of the campaign.

Playing without pressure looked to suit Millwall in the early stages and had Lee Gregory’s finishing been slighter sharper, he would have marked his farewell Lions appearance with his second goal of the week and 14th of the campaign.

Joe Garner was slightly more accurate moments later, but Dave Martin made the type of save that looks set to earn him a new contract. He would make another sharp stop to deny Nick Powell soon after, but unfortunately, Garner was in the right place to slam home the rebound. 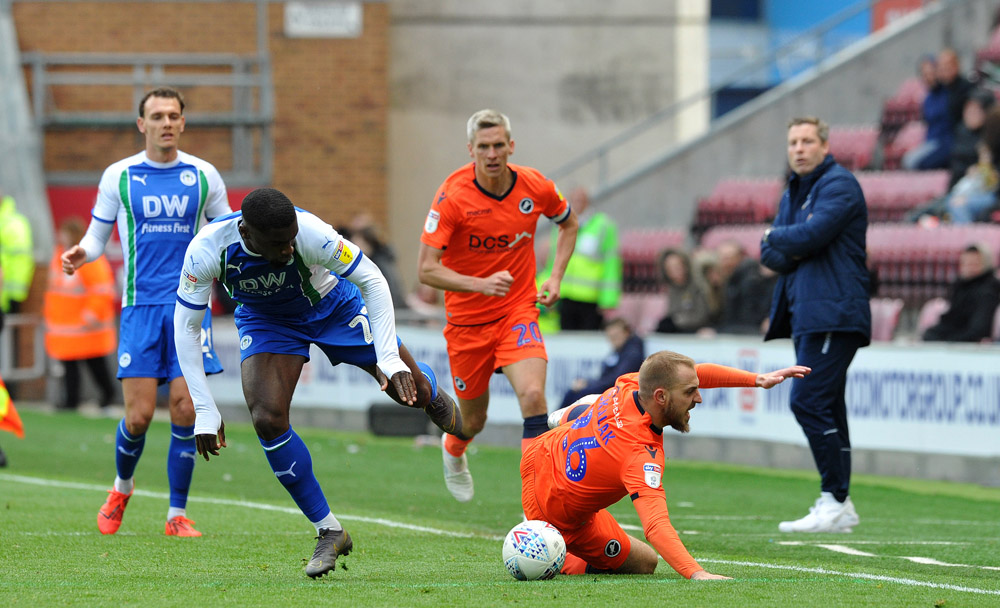 It was just the ninth goal that Martin has conceded in 10 Championship matches since he started against Birmingham City back in March. Impressive stats for someone who went more than 12 months without a taste of first-team action a while back.

Remarkably, despite Millwall playing a high-risk style of football and committing bodies forward for the majority of the game, Martin would endure a quiet afternoon from then on in.

It was up the other end of the pitch that was proving to be a problem for Millwall. 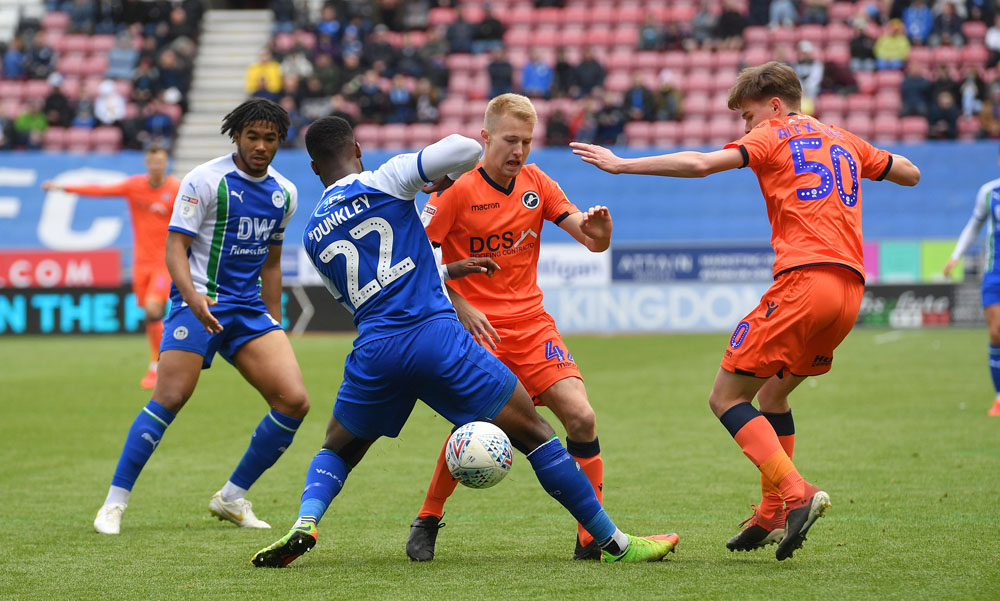 And it won’t come as much of a surprise to hear that only the bottom two sides – Bolton and Ipswich – and Stoke City have scored fewer Championship goals this term than the Lions. 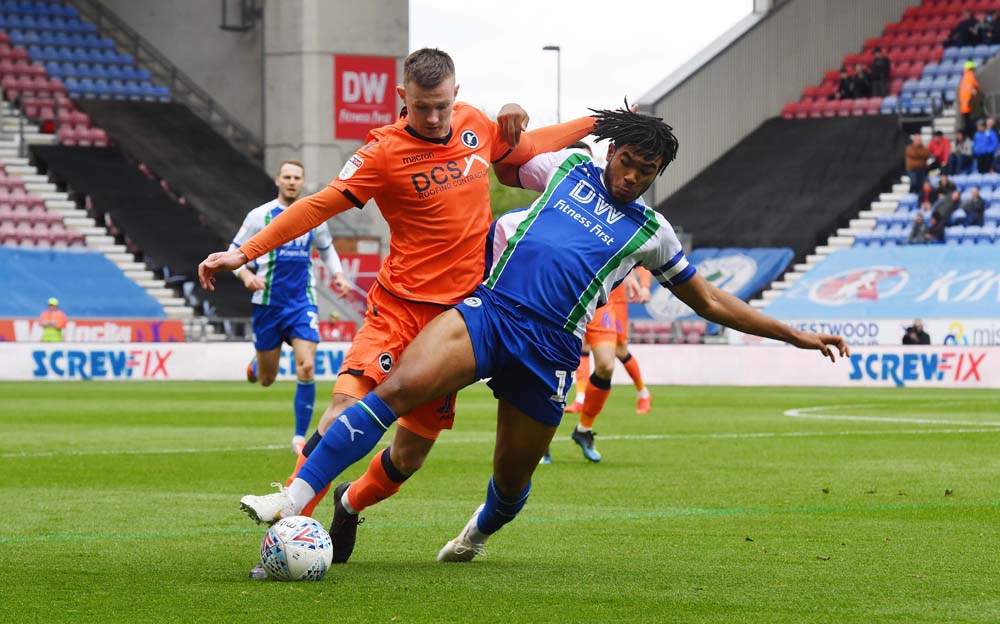 The Northern Ireland international was proving the main outlet for his side and provided another fine delivery that Ryan Leonard powered into the net.

Unfortunately for him, his first goal since November was chalked off after referee Andy Woolmer noticed some infringement and Wigan’s clean sheet just about remained intact.

And the Latics goal somehow survived another almighty scare on the stroke of half-time as Jake Cooper prodded towards goal, but his goal-bound effort was short of power and Powell, who had played a part in the winning goal, showed his importance at both ends of the pitch, smashing the ball away from danger. 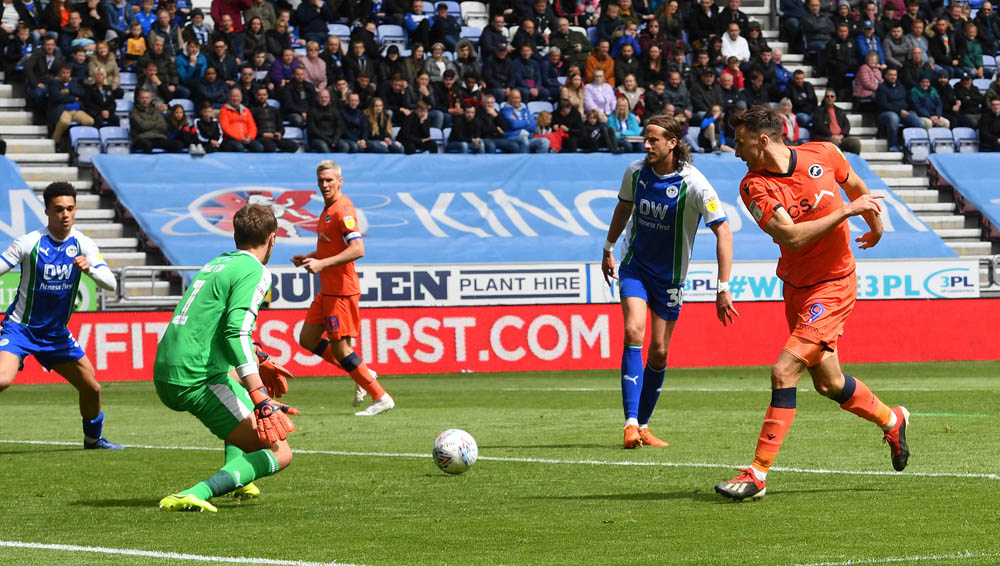 If anyone thought that the half-time whistle was going to change the pattern of the game, they would be disappointed.

Millwall were continuing to pile on the pressure, but like so often this campaign, their finishing was their downfall.

Gregory’s search for one final Lions goal was eluding him. He was denied by Christian Walton from 12 yards before Ryan Tunnicliffe skied one into the travelling fans from close-range. 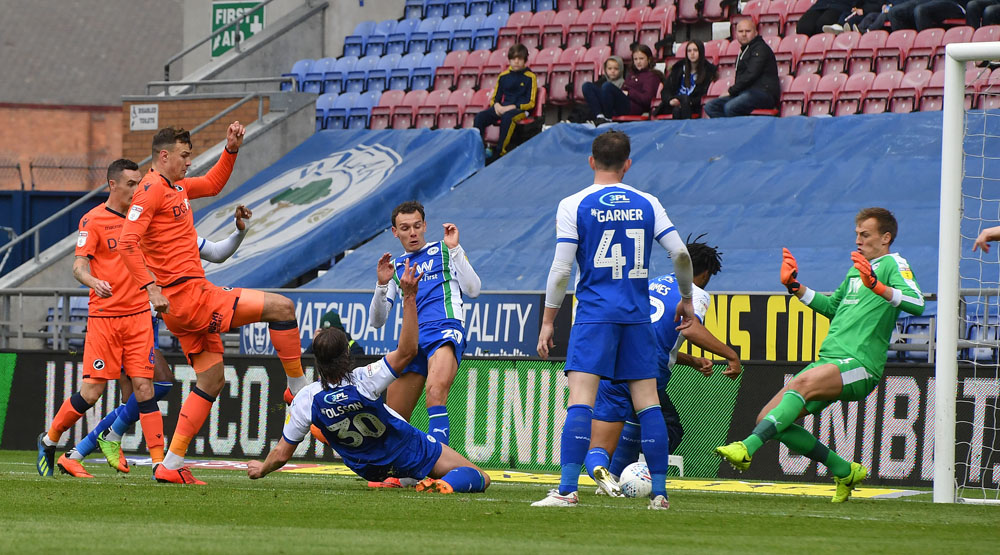 And soon after, the pair combined once more, but Gregory couldn’t convert at the near-post.

That would be it. Not just in terms of this match in particular, but Gregory’s Millwall career.

The 30-year-old – who is a free agent when his contract expires this summer – was replaced one final time.

He left the pitch to a standing ovation from the 1,000-travelling contingent before a couple of his team-mates congratulated him, topped by one last hug from Neil Harris on the touchline. 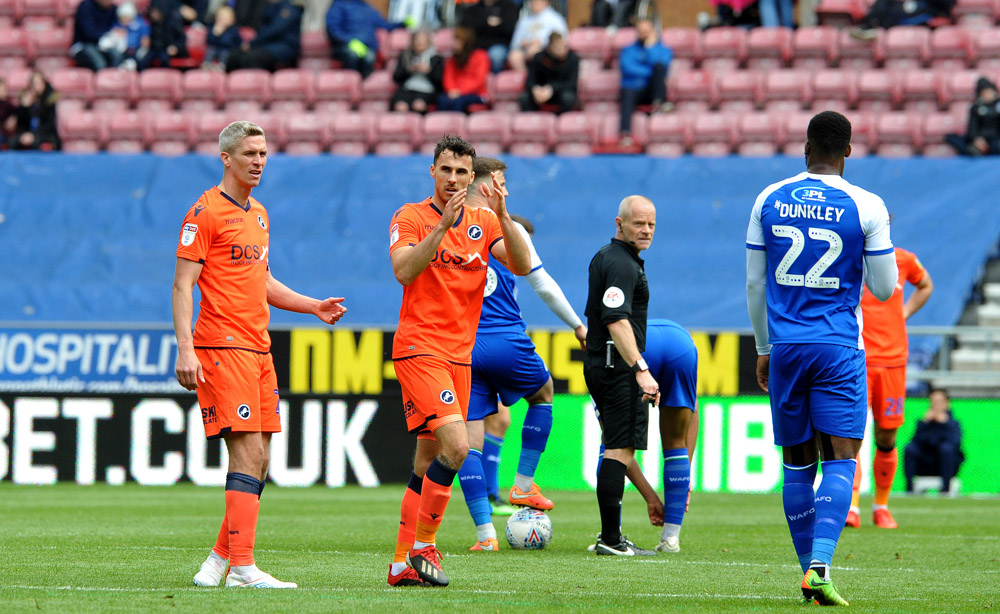 “I can only thank him for his efforts while I’ve been in charge,” said Harris.

“Not just his goal-scoring record, but his quality as a person.

“He is hugely, hugely popular in the changing room, massively popular with the staff because of his honesty, his trust, his performances and his work ethic. And he’s a fans’ favourite as well.”

But as one Millwall career drew to a close, another one was just beginning. Replacing Gregory was 17-year-old George Alexander. The teenager’s dad Gary led the Lions frontline with aplomb, but he wrote his own story at the DW Stadium as he became the first player born this century to play for Millwall. 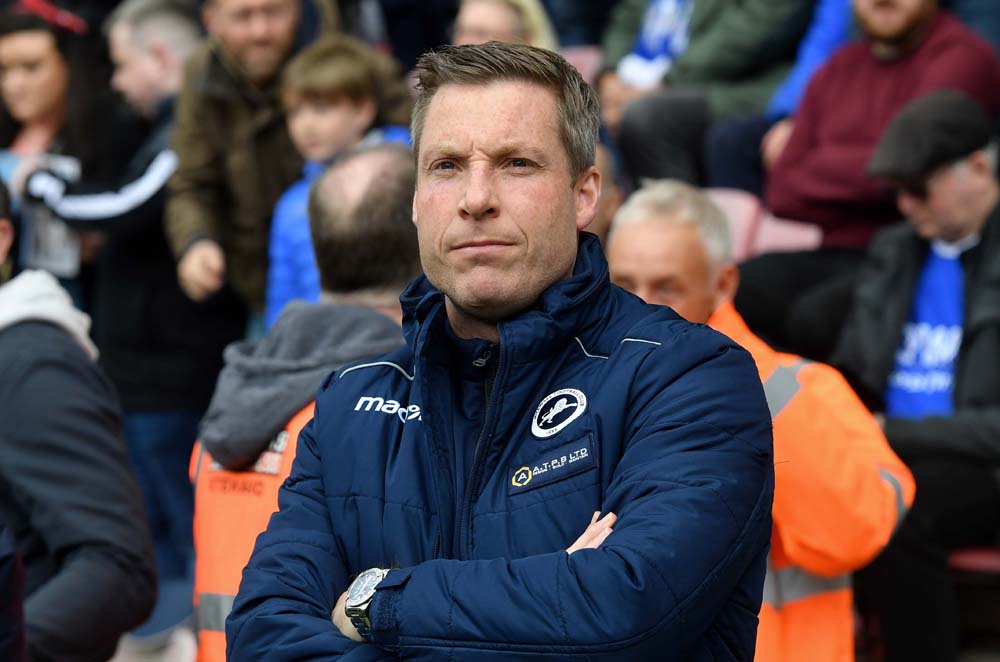 Extraordinarily, like London buses, just more than 10 minutes later, another one came along by the name of Billy Mitchell.

The midfielder, who introduced himself to The Den with a spectacular goal in Millwall’s FA Youth Cup defeat against Tottenham in December, looked determined not to let his big moment pass him by.

Mitchell was comfortable in possession – misplacing just two of his 10 attempted passes – and showed his eagerness for a tackle, although he was fortunate to escape without further punishment for a meaty challenge on Antonee Robinson.

It was a late tackle, but the travelling contingent loved it and responded with chants of “Billy Mitchell, he’s one of our own”. Millwall fans are often a tough bunch to please, but in just 12 minutes the academy product showed plenty of signs of encouragement.

Millwall’s two new boys on the block both made an impression, but neither could prevent a ninth consecutive one-goal defeat on the road and the Lions finished a difficult campaign in 21st. It’s a position that they might not have been satisfied with in August, but certainly will have gladly accepted a few weeks back when they were scrapping for their lives.