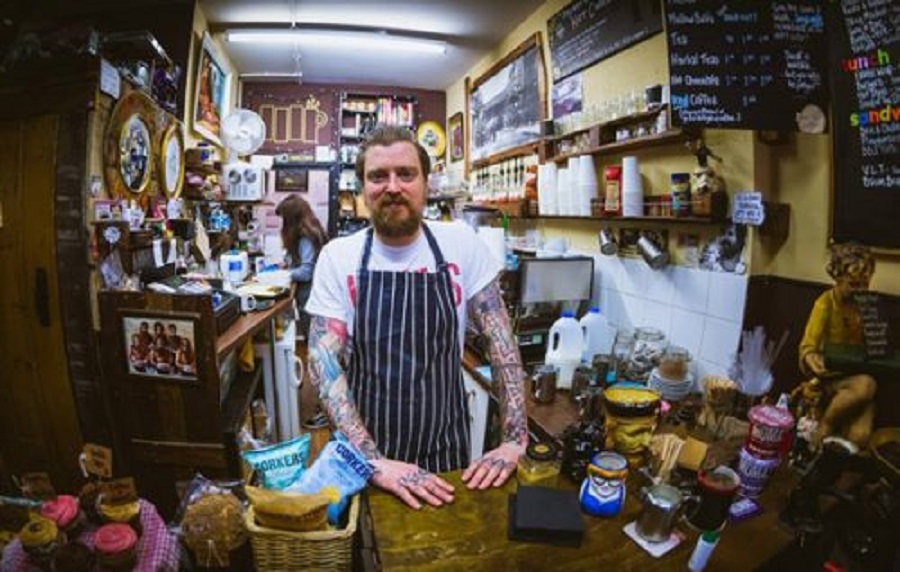 A cafe has raised more than £10,000 in two weeks as the owners face eviction and moving costs.

Alec Snelling, who owns and runs the Waiting Room in Deptford, set up a crowdfunding page as relations with his landlord have broken down and he has had to look for a new site for the cafe.

Mr Snelling said he was saddened by the prospect of leaving 142 Deptford High Street, where the cafe has been since 2010, but he has found a new location just metres down the road.

The 39-year-old said: “The support has been pretty overwhelming. People have been so generous.

“One of our customers is a carpenter and he said he would make us a bar.

“It makes us feel that people really care about the cafe.

“It’s going to be hard to move, though. We put a lot of work into the place when we first moved in.

“We didn’t have a lot of money and so we had to decorate and use whatever we had. It was a bit rough and ready.”

To decorate the cafe when Mr Snelling’s team moved into the 142 Deptford High Street site, pallets found in Resolution Way were stripped down and used for a counter, paint was sourced from Freecycle and a free sofa picked up from Southend.

Before the move to 142, the cafe had been part of the Kids Love Ink tattoo parlour at 138 Deptford High Street.

Mr Snelling said: “Deptford is our home. We are not moving into the area to take advantage as it becomes more trendy. We want to be as inclusive as possible.

“It is really important that the people we have working for us live close to the cafe as well.

“I’ve been here at the cafe almost every single day since we opened.”

The new address is set to be at 134 Deptford High Street. Mr Snelling is hoping to move in a few months once the building and decoration is complete.

With a crowdfunding page you have 30 days to raise a certain amount of money from patrons. Prizes and gifts are offered for certain donations.

Money will only be taken from doners if the target is reached.

The Waiting Room has six days left on its Crowdfrunding page.

To view the page, visit www.kickstarter.com/projects/573162804/keep-the-waiting-room-in-deptford.