The-29-year-old played his part in a strong defensive display against a well-fancied Hornets outfit, posting a 9-2 aggregate win over two legs last weekend.

Goals from new signings Vanya Antonov, Rhys McCormick and Ben Paynter over both games brought further good news for player-coach Adam Carr, who took over from Jeremy Cornish at the start of the summer. 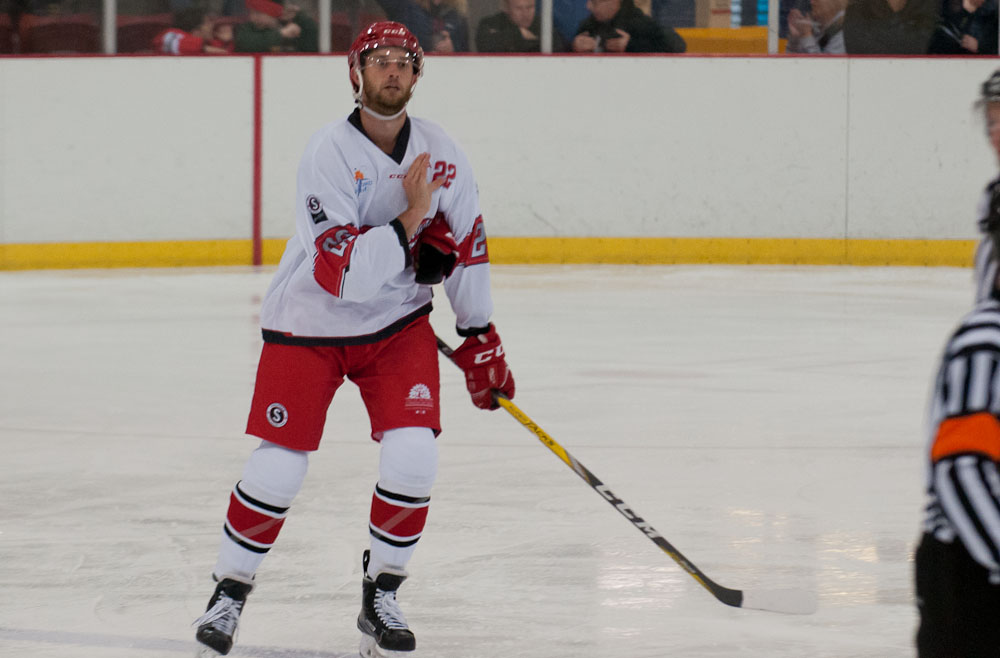 After a decent 4-1 win in Bracknell on Saturday evening, the RedHawks toiled in the return leg on Sunday in South London, not helped by an ejection of new Finnish import Jonathan Wallius.

Streatham held a slender one goal lead going into the final period shorthanded, but scored three goals without reply through Antonov, Paynter and Adam Wood.

The resilience displayed by the team after losing Wallius at such a crucial stage was a real positive. 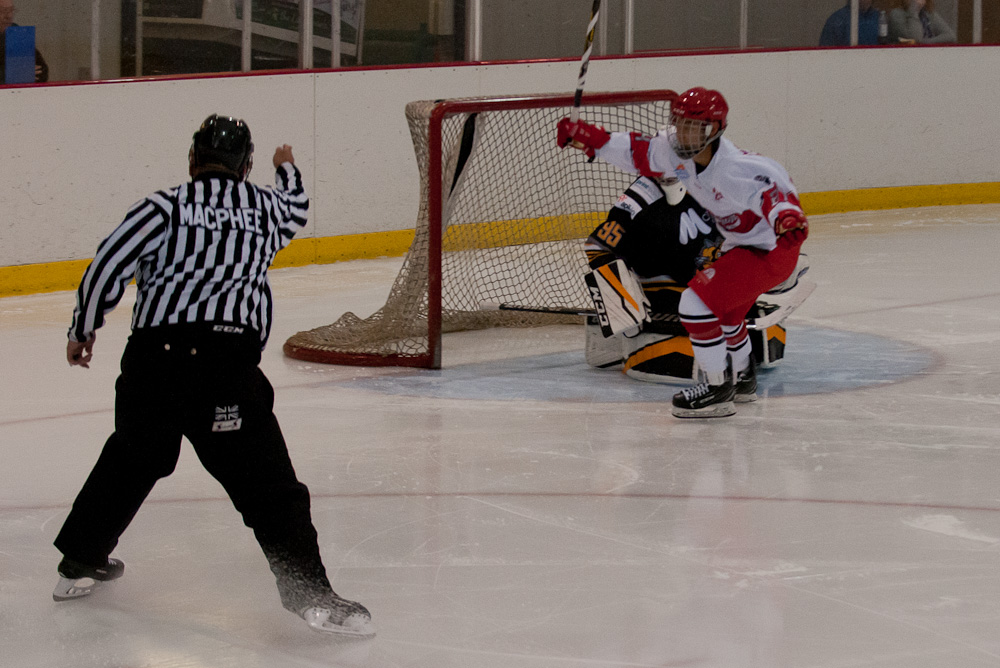 “We now have a diverse mix of players with a lot of experience,” said Quiney, whose father Pete is the all-time appearance record holder for Streatham.

“This is really important in game situations, when you need players who know what it takes to win and have experience of doing so. Things like scoring goals at the right time and good decision making all comes from being in that position in the past. 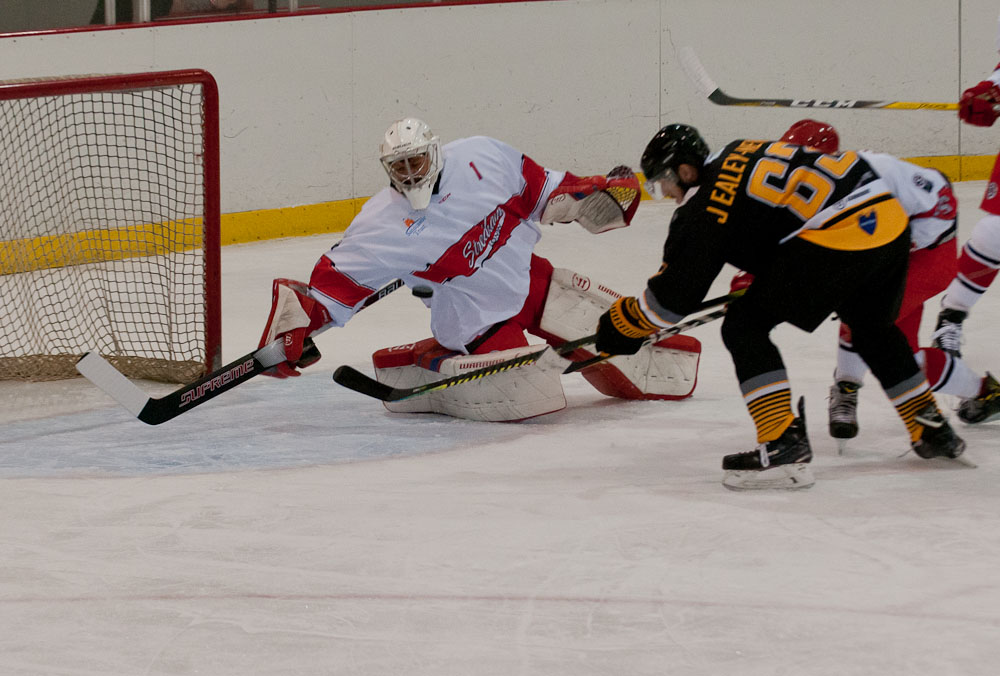 “Training looked a bit rusty at first, but you can see straight away we have a lot of solid players who can contribute at all ends of the ice and be physical too. This season will be a big test and we are quite confident we have a strong squad.”

Quiney skated out in both games with an ‘A’ on his chest for the first time after being appointed alternate captain.

For a local boy who grew up playing at Streatham before heading off to the Elite League with Cardiff, then the EPL at Guildford and Telford, the accolade was well received.

“When Adam asked me I was excited as it’s a massive compliment,” said Quiney. 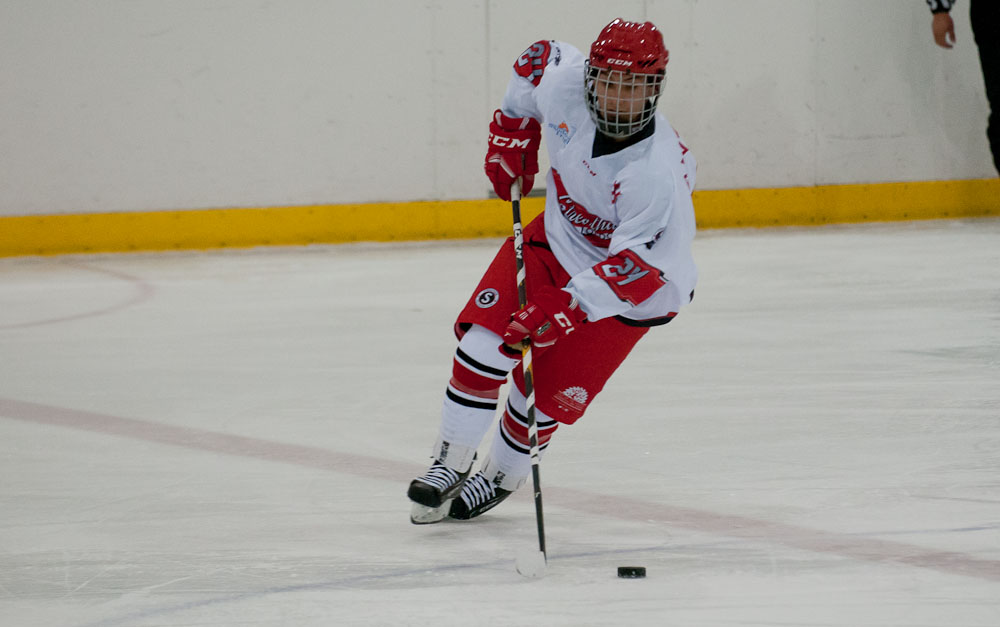 “For a guy with his experience to ask me to have that role tells me what he thinks of me and obviously being  from Streatham, I’ve come full circle. In the latter days of my career, to be handed a leadership role is special for sure.”

The squad start their league campaign this weekend at home to Slough Jets, and are heavily tipped for silverware.

The Jets are no slouches and stunned Invicta Dynamos in warm-up games last weekend, including an impressive 9-1 demolition of the Kent side in Berkshire.

Under Czech coach Lukas Smital, the Jets will be a tough fixture to begin the season, especially given their form and the RedHawks missing the suspended Ryan Watt for the opening seven games.

“Slough are young, well-drilled and quick” admits Quiney. “They will be full of confidence after last weekend and it was a result that made most people across the league look twice at.

“We’ll work hard in training and iron out some of the issues from last week, and I’m confident we’ll be good to go.”

The game against the Jets takes place on Sunday (6.45pm).