Streatham fans were left with plenty to digest this week as the club announced that head coach Jeremy Cornish would be leaving at the end of the season, with current captain Adam Carr set to step up to a dual coaching and playing role in the 2019-20 campaign.

In amongst the off-ice announcements, the team ended their regular season with a 5-2 home win over rivals Invicta Dynamos and then a 6-2 loss on the road to Peterborough Phantoms 24 hours later.

The results mean that the RedHawks now face the Basingstoke Bison this weekend over two legs with the losing side finished for the season.

If results go against the South Londoners, Saturday will be the final game that Cornish, 39, stands behind the home bench in SW16.

“I would like to thank him for stepping in when the club was heading into a slump two-and-a-half years ago and turning things around with help from Bill Webb.

“The following season Jeremy put together a team we hoped would win the old NIHL South 1 league, only for the goalposts to move that summer and four ex-English Premier League sides dropped into our league. 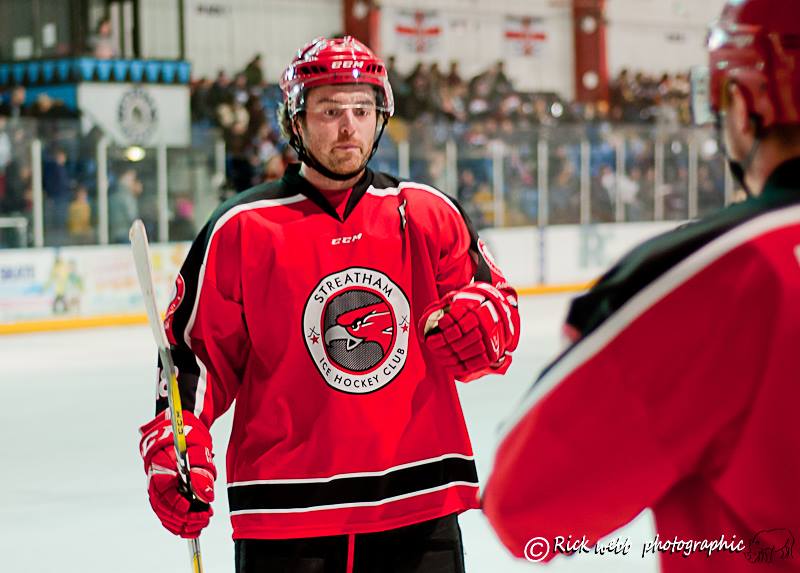 “To Jeremy’s credit he stuck at the task and helped us compete against teams with more resources and higher budgets than ourselves, and starting from a far lower base.

“We’ve had some amazing results under his tenure against bigger clubs and again this season we’ve run with a smaller squad due to resources, but still managed to compete in every game.

“Jeremy has put a lot of time and hard work into getting us to be better on and off the ice while at the same time putting in the miles from his base near the South Coast. I would like to place on record our thanks to him and his family and hope he won’t be a stranger to SW16.”

Streatham moved quickly to announce next season’s coach in the form of Carr, a veteran of more than 600 games in the English Premier League with Milton Keynes Lightning and a former GB junior international.

Carr has been with the team for two seasons now, both as captain, and recently reached the 100-point milestone.

It will be the 34-year-old’s first coaching role but is one he is looking forward to taking.

“I am really excited and grateful for the opportunity to coach such a great club,” said Carr, who hails from County Durham.

“It’s a new challenge for me and one I’m really looking forward to. I’d like to thank  Corny for putting my name forward for the job and to Graham for giving me the opportunity. Next year will be my 18th senior year so hopefully I can pass on some of my experience and knowledge.

“I believe I know what it takes to win and what sort of player and personalities the team needs to win, so I’m looking forward to building a team that can do that.

“With the play-offs coming up we will be doing all we can to give Corny the best send off he could ask for and thank him for everything he has done over the years.

“I’m glad I got to play a small part in his career.”

Streatham forward Ryan Webb will have a late fitness test.

Andreas Siagris should recover from an injury sustained in the Peterborough game.