Callum Hudson-Odoi made his long awaited return from an Achilles injury sustained in April. He and returning Reece James were the star attractions as the Blues took on their counterparts from the South Coast at Stamford Bridge with Chelsea winning 2-1.

James lasted 45 minutes, while Hudson-Odoi came off after 60 minutes.

Both showed why they are special talents, with Hudson-Odoi toying with the Brighton players whenever he had the ball. James went through the low gears but clearly has a few more locked away in his armour and they will get an outing in the coming weeks.

Both will be looking to the Carabao Cup clash against Grimsby Town on the September 25 as their chance to shine in the first 11.

Live-wire Tariq Lamptey was terrific and had to ensure a couple of horrific tackles. He had a great chance to open the scoring on eight minutes as the diminutive right-back, playing in midfield in this game, beat the offside trap and latched on to the perfectly weighted lofted chip by Hudson-Odoi. Unfortunately, his header from eight yards out,  did not match his guile and the ball inched wide of Tom McGill’s right post.

marcel Lewis tried a speculative shot on 16 minutes, but the ball ended up in the Shed lower stand. 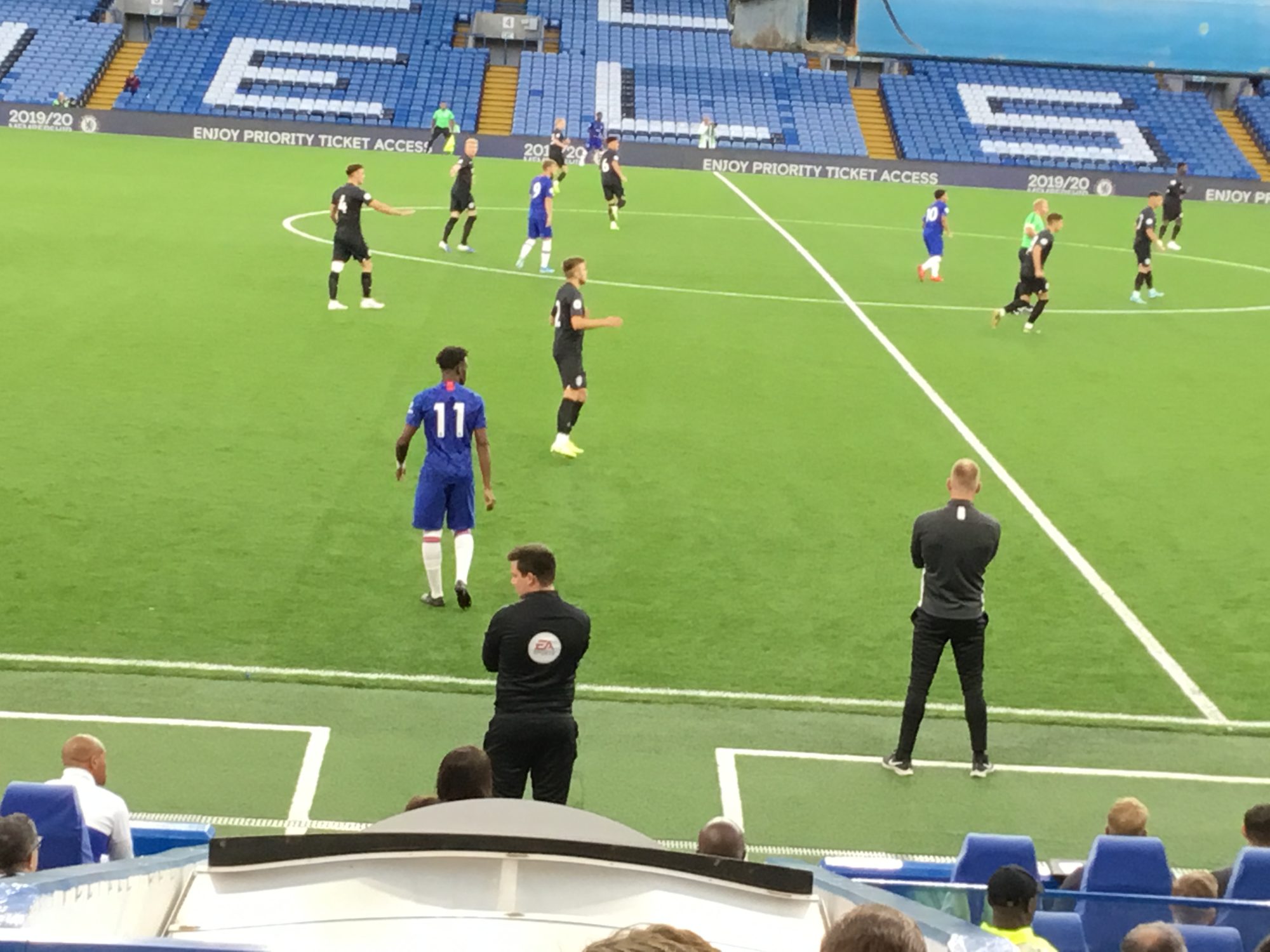 Hudson-Odoi went on a little run, taking on three players before letting fly with a right-footer, but the ball went straight into the midriff of McGill. The goalkeeper could do nothing a minute later, on 19 minutes when Lawrence turned up at the other end of the pitch on the left byline and managed to clip a delicate, curling right-footer past the prone stopper to put the Blues 1-0 up.

Charlie Brown tried a deft back-heeler when a thumping shot was a better option. His effort drifted wide.

Five minutes from the break and the Blues should have notched a second goal but Jack Wakely headed straight to McGill.

Seconds later and Lawrence hacked a goal-bound effort off the line from a Taylor Richard’s shot.

Much of the opening stages of the restart echoed the first, which Chelsea in total dominance without killing the game off.

A case in point is George McEachran firing over from the edge of the Brighton penalty area.

Gino Anjorin was next onto the pitch for the Blues, replacing Hudson-Odoi.

Chelsea killed off the game and secured the Premier League 2 points when Marcel Lewis slammed home from close range on 70 minutes.

Charlie Brown was unlucky to see his forceful run end with a ferocious drive on 80 minutes which rattled the Brighton crossbar.

He was followed by Marcel Lavinier 10 minutes later for Lewis.