BY RICHARD CAWLEY AT THE DEN

Saturday’s trip to a desperately out of sorts Huddersfield Town might be just what Millwall need.

When the Lions finally ended their wait for an away Championship victory last season it came at basement club Ipswich Town on New Year’s Day. 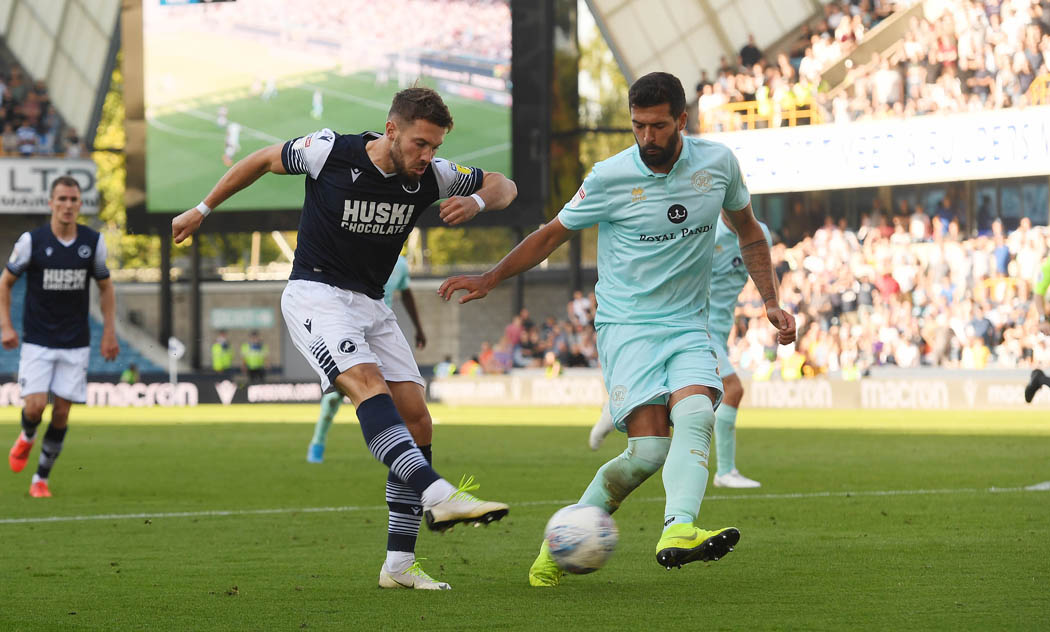 Huddersfield are also rock bottom and already six points adrift of safety, although their prospects for survival are nowhere near as bad as they were for the Tractor Boys when Millwall came away with maximum points.

But you would always rather face opposition who have had their confidence eroded and belief is draining away. 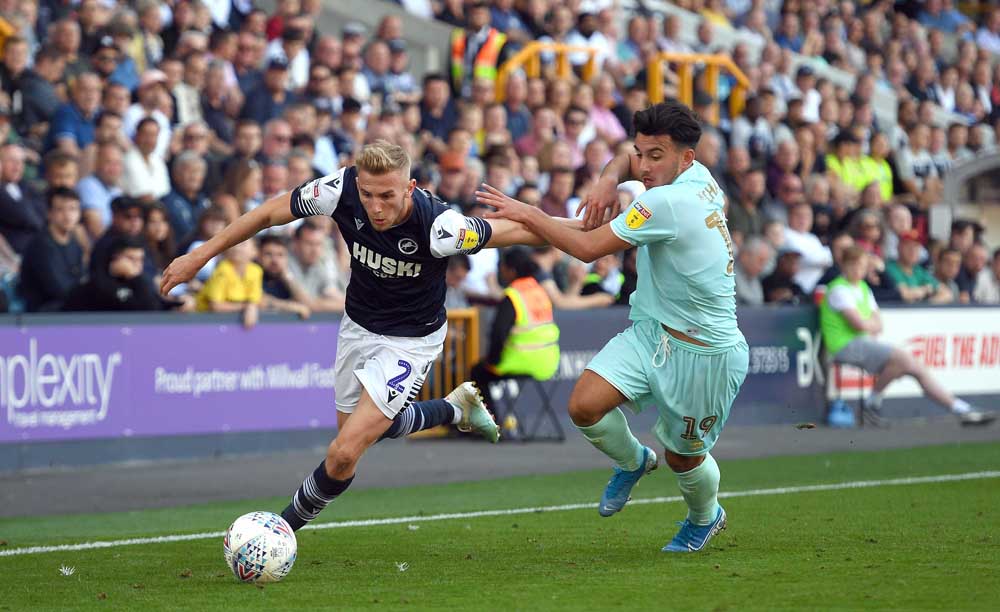 The Terriers have won just once in 2019 and that was also their last success at The John Smith’s Stadium – on February 26.

“At the moment we’re maybe a team who has forgotten how to win and how to manage the game in that moment,” said Huddersfield’s new boss Danny Cowley after watching his side twice lead on Sunday but end up going down 4-2 to West Brom. 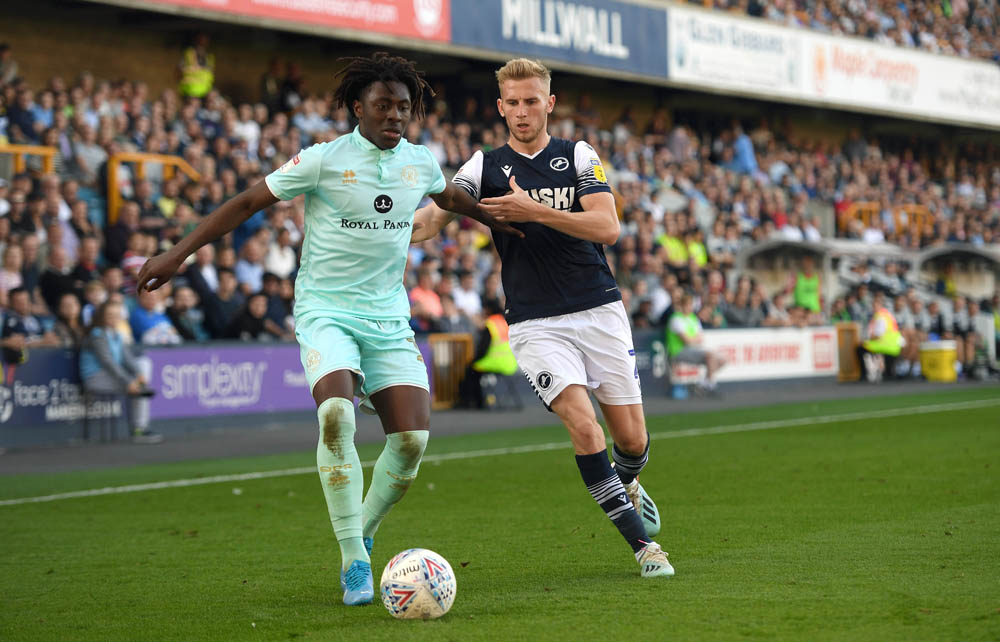 The last sentence of that comment could also apply to Millwall as their league run without a victory stretched to five matches after Saturday’s derby reverse to QPR. 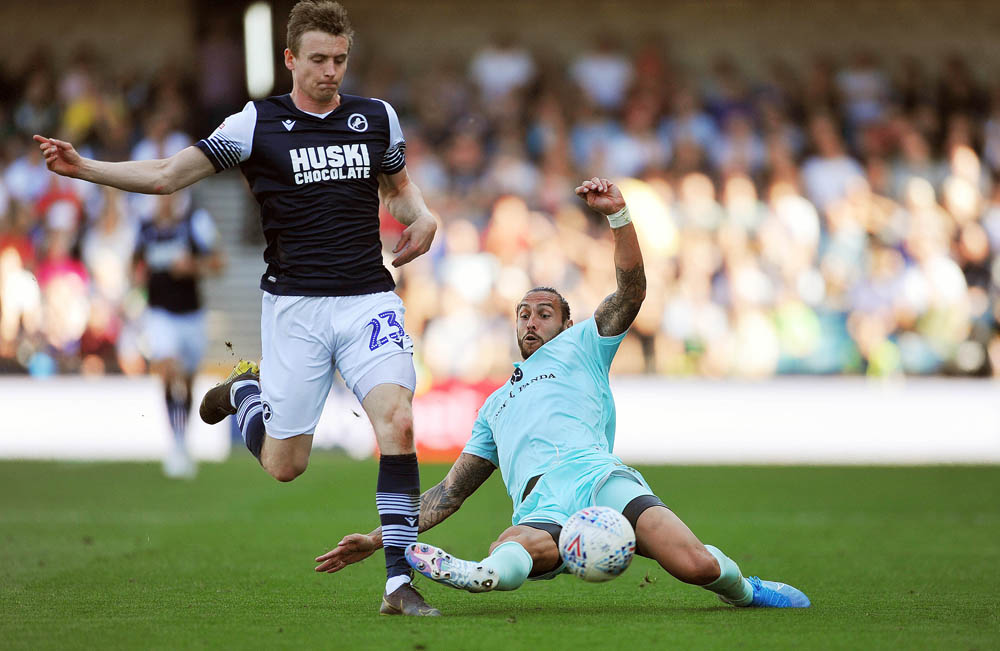 Since a 4-0 loss at Fulham the Lions’ record reads drawn two and lost two. But there have been niggling annoyances in at least a couple of those games.

Millwall led against Hull for all of eight minutes before Kamil Grosicki’s long-distance effort flew over Bartosz Bialkowski and into the top of the net. Fluke or fantastic vision? Whichever, Neil Harris’ side had no time to settle down after going in front. 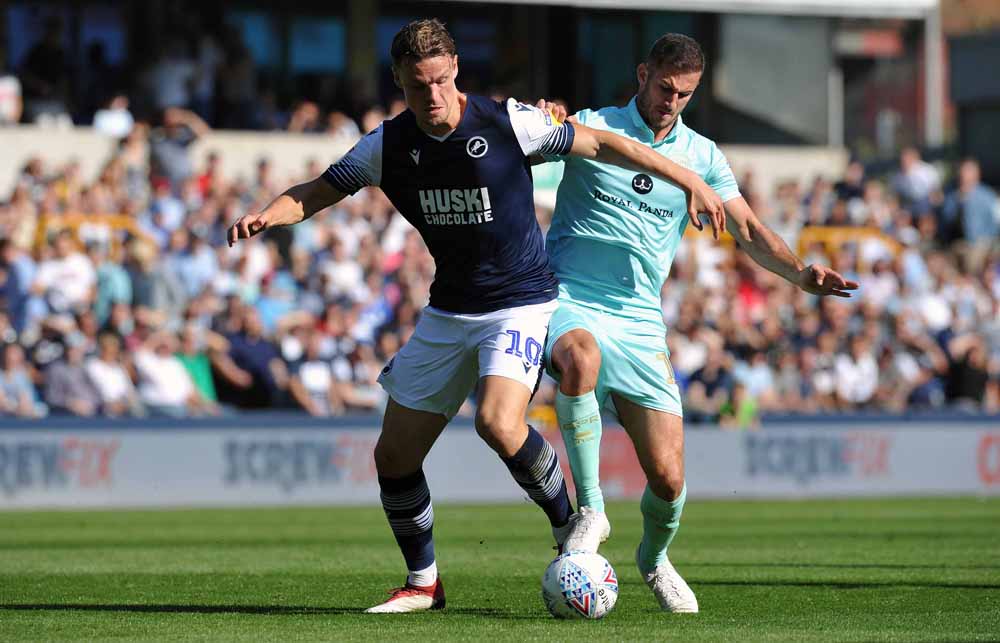 There was a train of thought that the Ipswich loanee could have done better to keep out Grosicki’s goal, the counter argument being that the Hull man’s impudence or freakish fortune made it a harder effort to stop.

On Saturday there was no disputing that Bialkowski was wholly to blame for the QPR winner.
The keeper’s attempts to lay the ball off to Jake Cooper went horribly wrong – Nakhi Wells intercepting and rolling home. 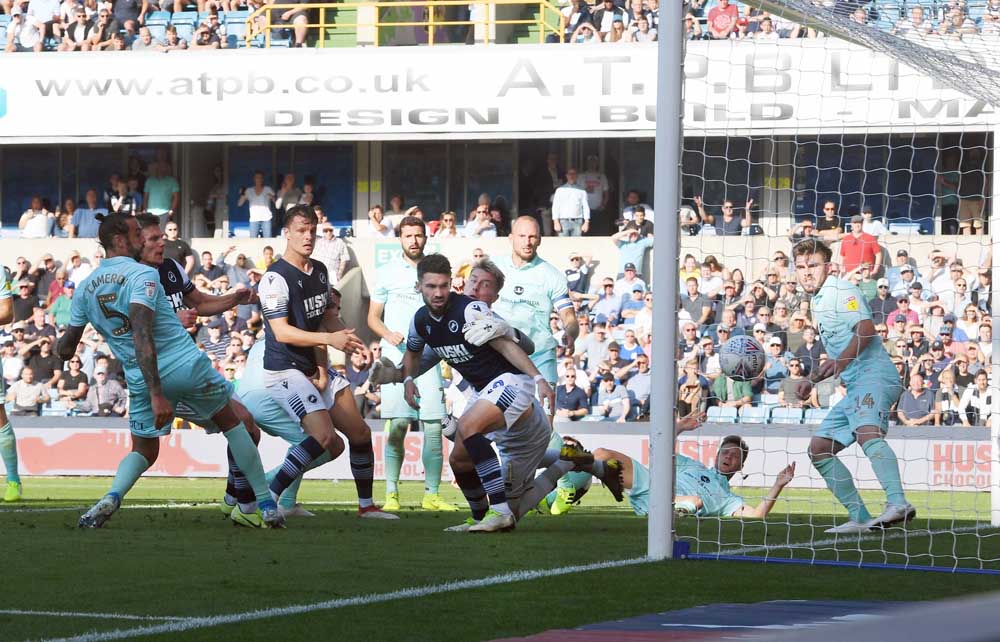 Only a minute earlier Shaun Hutchinson had pulled Millwall level. Before the hosts could try and tap into a change of mood by home fans – some of whom had booed their team off at the break despite the score being 0-0 – they were back trailing again. 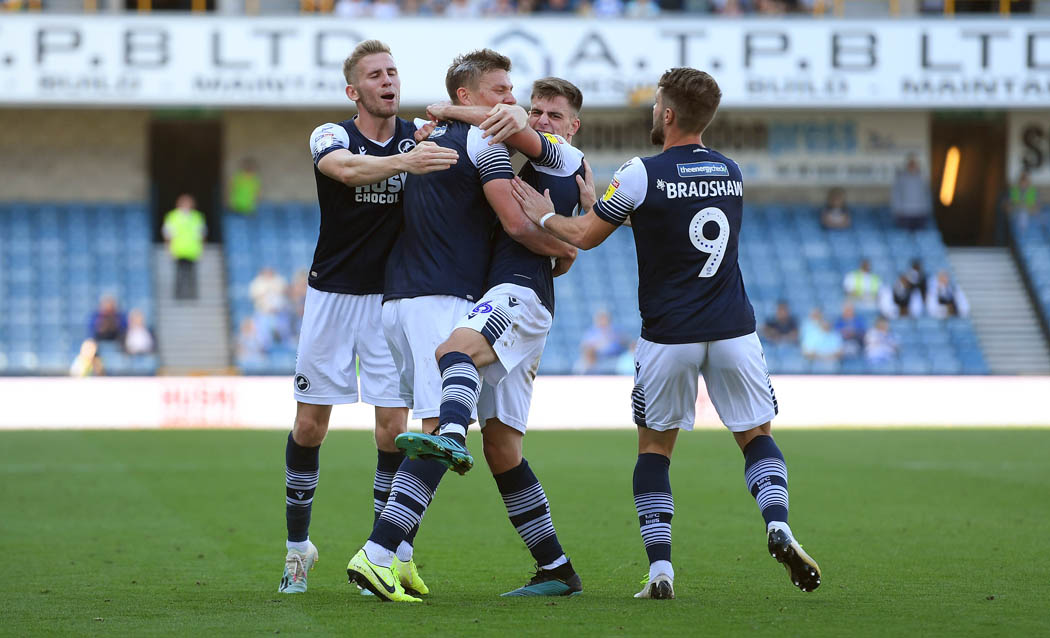 So yeah, striking first is vital.

Jed Wallace had a huge chance to make it 2-2. Ben Thompson came out on top in a duel with Ebere Eze and the winger surged confidently into the box but hammered his finish against the stanchion. In mitigation, Toni Leistner came across to provide pressure and he was forced to strike with his weaker left foot.

It doesn’t always come off for Wallace, but you can never accuse him of not trying or hiding.

Another of his shots was blocked by Marc Pugh, the QPR substitute seemed very lucky not to concede a penalty for handball. 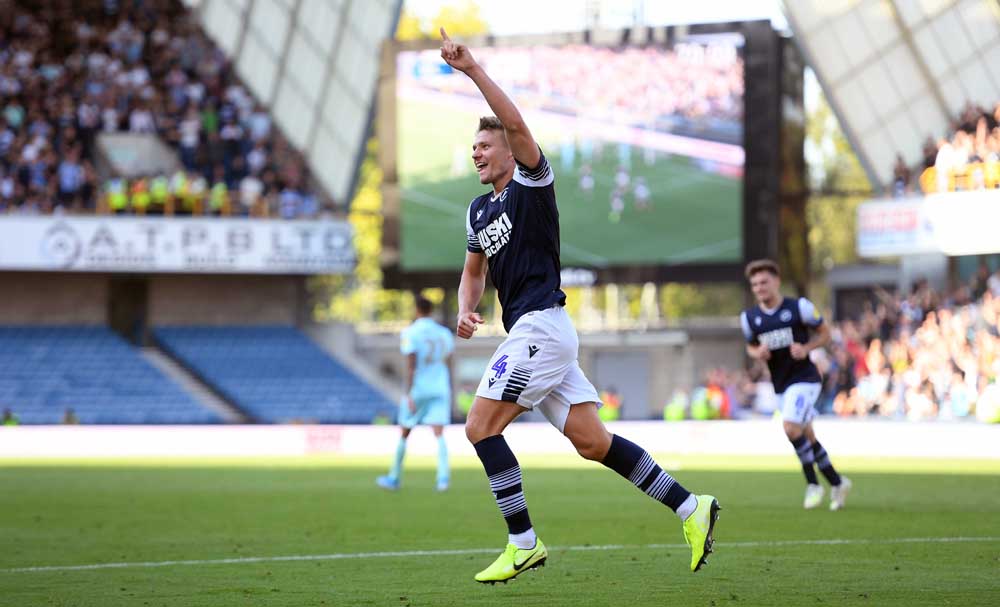 Once again Wallace was Millwall’s best attacking outlet with some surging runs with the ball – one foray seeing Jordan Hugill pick up a booking as he cynically wiped him out on the touchline.

The difference on the day was QPR’s finishing.

The west Londoners are the second-highest scorers in the division and converted two of their three on-target efforts at The Den. 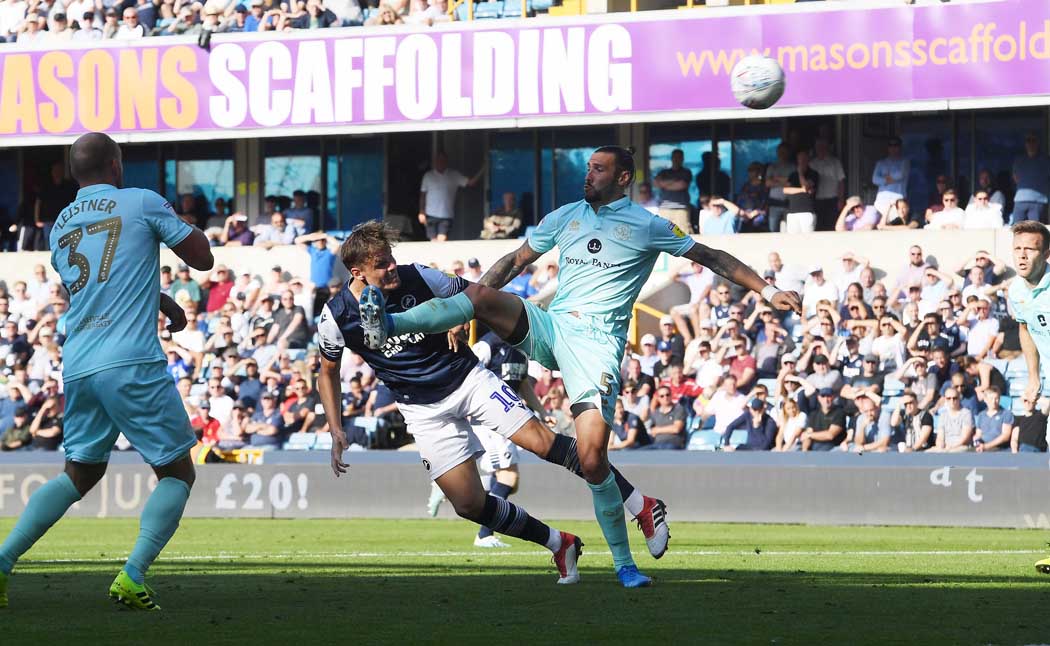 If Wells’ second goal was a gift then the first also saw the on-loan Burnley striker benefit from a fortuitous break.

Alex Pearce had done well to close down a QPR attack but the ball popped into the path of the Bermudan international, who produced a superb first time finish. Bialkowski was reduced to the role of a motionless spectator. 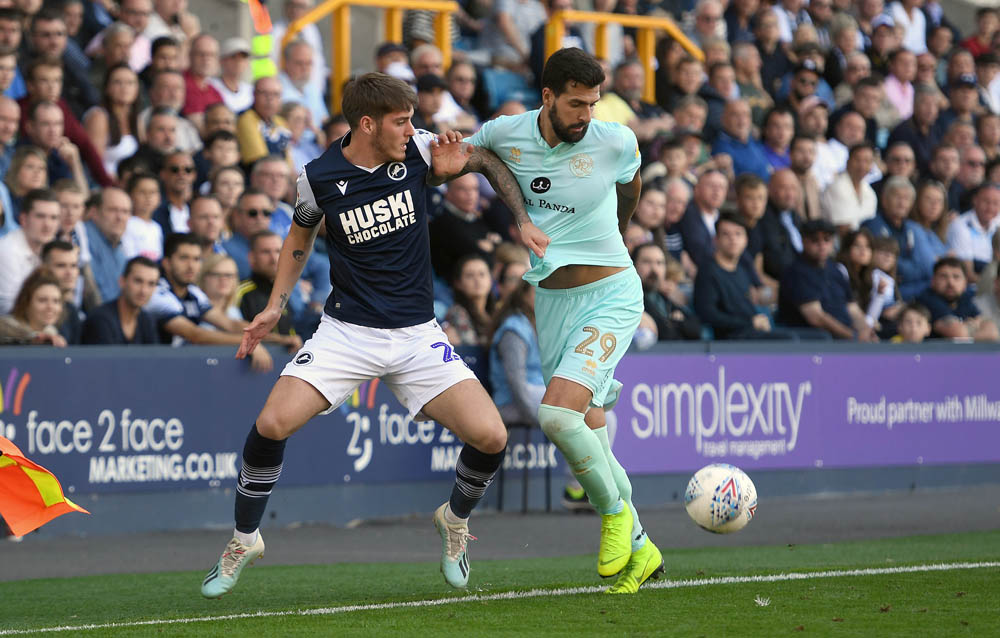 Wells, Jordan Hugill and Eze have scored 13 of Rangers’ 14 goals. Only Brentford and Barnsley have netted fewer times than Millwall.

QPR had crowdpleasers like Eze and Ilias Chair in their ranks but despite putting together some slick passages of play that didn’t translate into keeping Bialkowski busy. Former Millwall youngster Eze has been one of the standout performers in the Championship but aside from a spell at the end of the first half he was forced to drop deeper to get possession.

He show delicious vision with the pass of the match – picking out the overlapping Todd Kane – but the assistant referee’s flag went up for offside. Eze looked as if he had more gears to go through but never shifted up.

Millwall finished the match with more shots on and off target but it is also fair to say that Joe Lumley did not have to be absolutely fabulous to save them (sorry, I just had to get that TV reference in there).

You also have to say that teams are coming to SE16 and defending really well. Every side is ready for the aerial questions they will get asked but Geoff Cameron also produced a vital challenge to snuff out a chance for Matt Smith from Tom Bradshaw’s pullback.

It’s a sign of Millwall’s current form that only a few players feel locked down in terms of starting spots. Alex Pearce was strong again on Saturday and produced one block to deny Hugill while grounded. The captain, along with Jed Wallace, Jake Cooper and Ben Thompson will be the first names on the teamsheet.

After that, it becomes more hazy – especially as Harris has changed formations to suit certain opposition. On Saturday it was

3-5-2, matching the QPR shape, but Jon Dadi Bodvarsson and Smith lacked the intuitive interplay of Steve Morison and Lee Gregory.

Harris wants his players to demand their inclusion in his side by performing. More need to step up to the plate in testing times.