Millwall halted a run of back-to-back Championship defeats by coming from behind to earn a point against Huddersfield Town at The John Smith’s Stadium despite ending the game with 10 men.

It was a fast start to the game with both teams getting forward. The first chance of the game fell to Karlan Grant, whose shot was held by Bartosz Bialkowski. Millwall’s first chance came from a Ryan Leonard corner which Matt Smith headed over.

Shortly after that the Lions should have taken the lead. Connor Mahoney did brilliantly to force his way to the byline and crossed for Shaun Williams, but his shot was blocked and then cleared by Town skipper Christopher Schindler.

Five minutes later, Fraizer Campbell was played through one on one with Bialkowski, who saved the former Manchester United striker’s shot, but the flag had been raised. 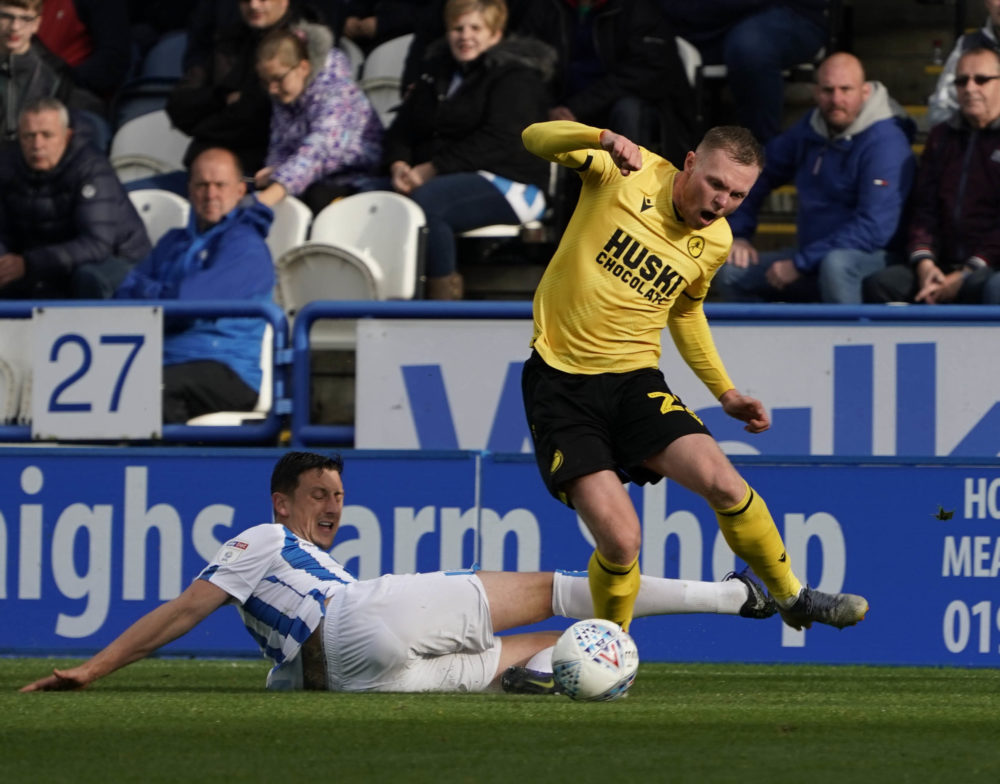 It was proving to be an end to end game, Jed Wallace ran from inside his own half all the way through to the Town box before curling an effort wide of the far post.

Just two minutes later and Millwall found themselves behind. Jaden Brown won the ball off  Mahoney inside the Millwall half, he found Grant with his cutback  fired home by Campbell.

Campbell could have made it 2-0 a couple of minutes later but sent a header over the bar.  Leonard was advancing forward on a regular basis, his shot forced Kamil Grabara into a good save. From the resulting corner Millwall equalised. Huddersfield keeper Grabara looked to have Mahoney’s delivery under control but dropped it, allowing  Smith to tap the ball into the net and ensure Millwall were on level terms at the break. 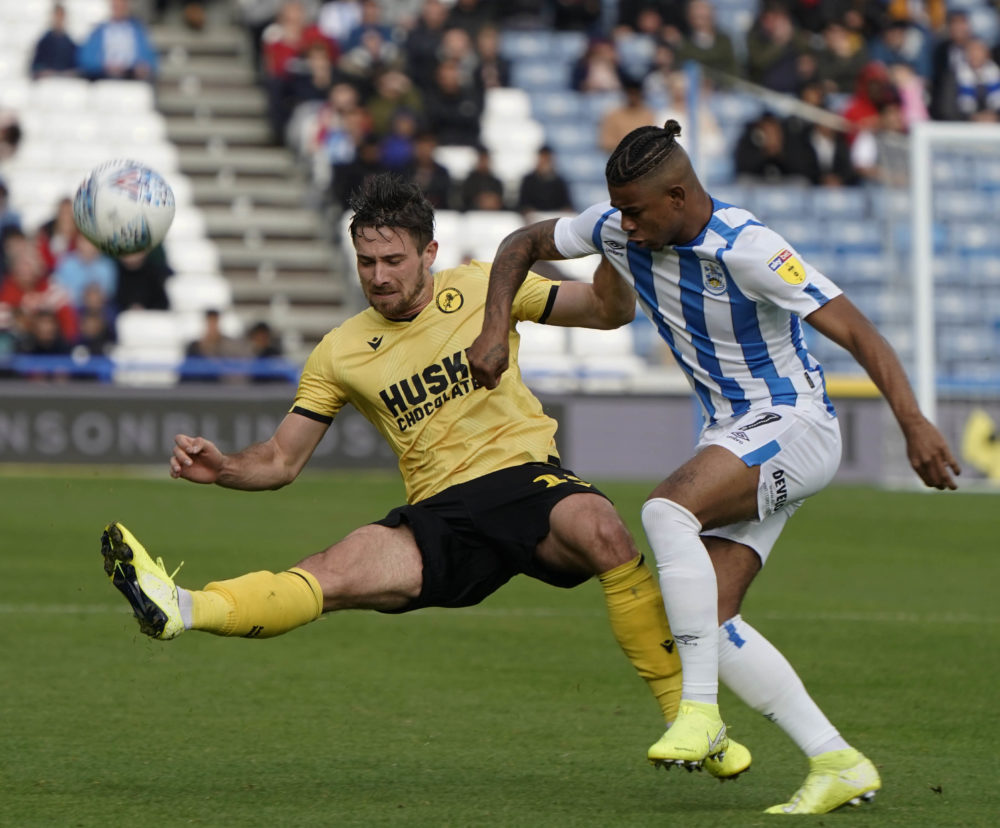 The game opened up in the second period. The hosts twice appealed for a penalty. Firstly,  Grant went down in the box but nothing was given. Town were then furious they didn’t get a spot kick after Jake Cooper’s challenge on substitute Adama Diakhaby.

Grant had a couple of opportunities but failed to hit the target. Mahoney curled a free-kick over the bar for the Lions.

Millwall’s plans were thrown into chaos for the final 10 minutes as they were reduced to 10 men –Shane Ferguson picking up a second yellow card for a foul on Diakhaby. 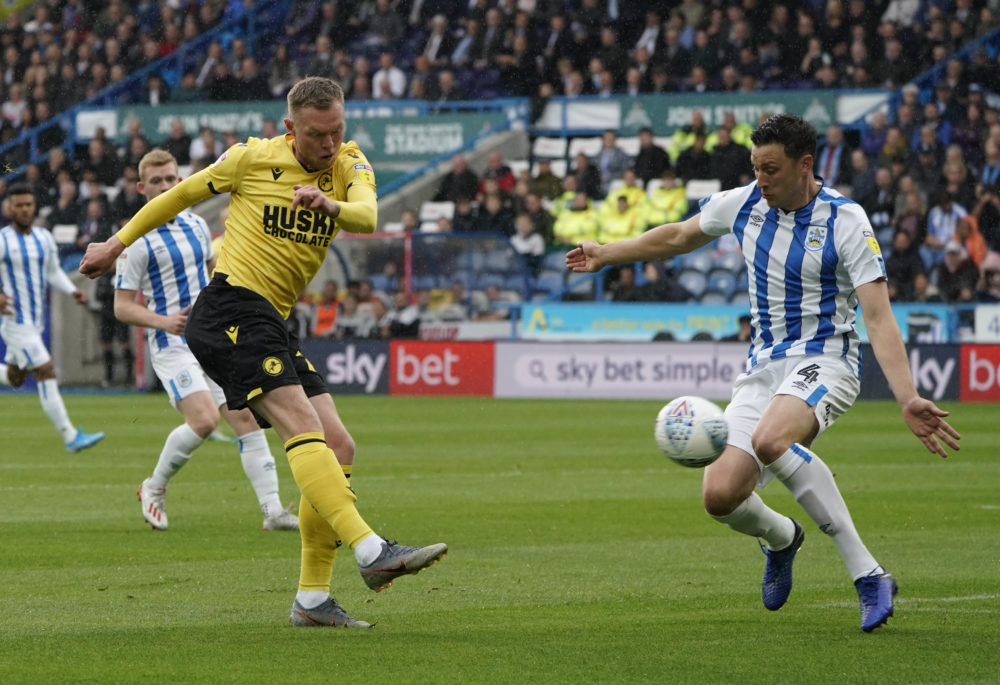 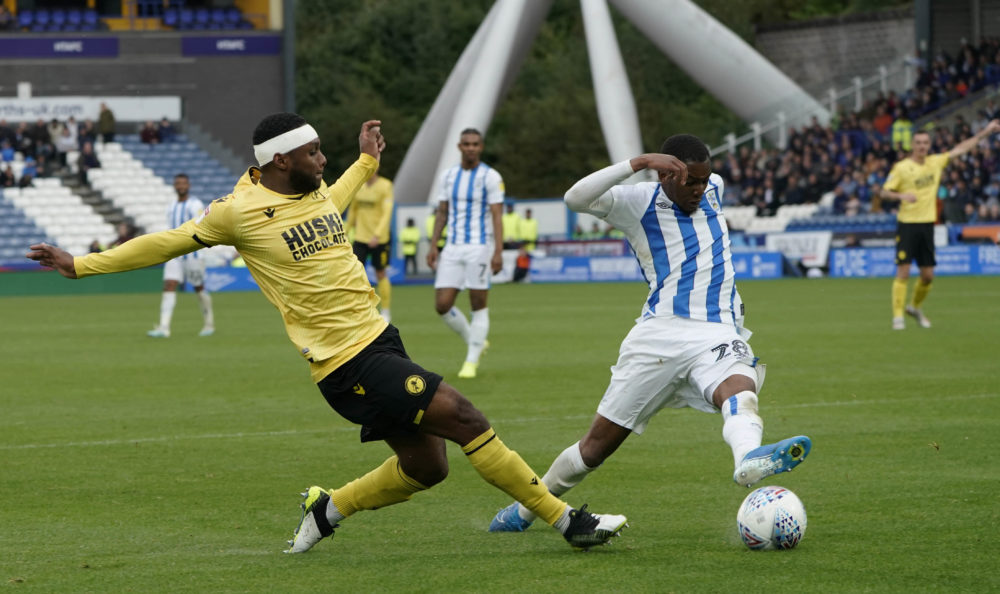 Neil Harris sacrificed Matt Smith to bring on Murray Wallace. The Millwall chief also decided to shore up his midfield, bringing on Ben Thompson for Mahoney.

Huddersfield piled the pressure on during  six minutes of stoppage time but were unable to find a winner.