Supporting the MotoGP series for the only non-UK round of the championship, 18 year old Horsman started the weekend well with a 2:15.179 qualifying time to put him in the top 5 on the grid.

Disaster struck for the Londoner in the 14 lap Saturday race as his 250cc Honda developed a technical issue from the off in the pouring rain.

Losing more than three seconds a lap he quickly dropped to 14th by the end of lap two and could do nothing but nurse his bike home, eventually finishing 16th and out of the points allowing championship rival, Scott Ogden, to extend his lead from 12 to 25 points after taking fourth spot at the flag. 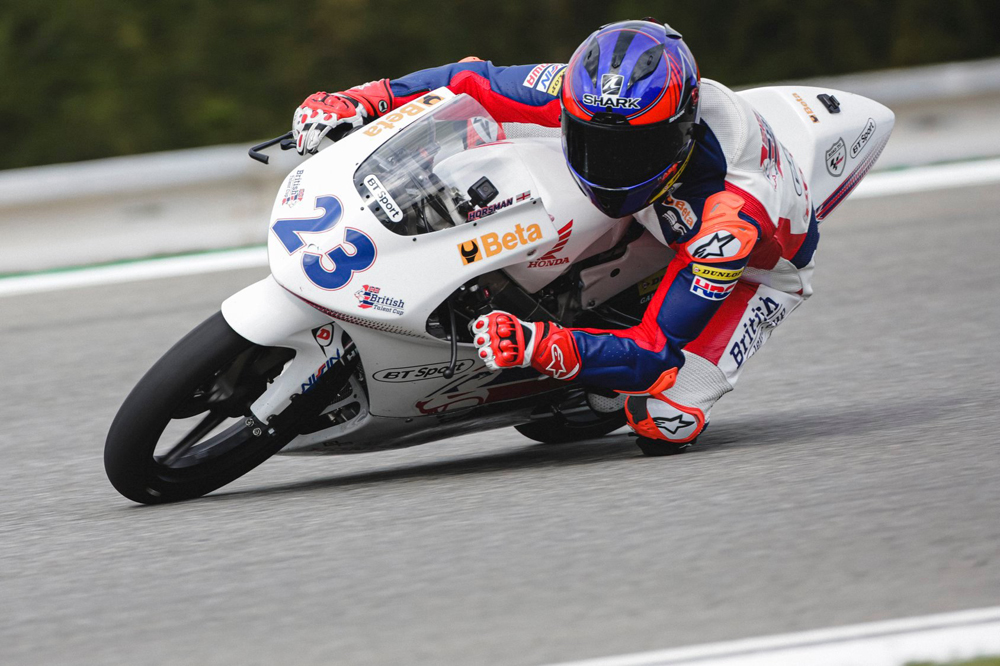 Sunday’s race took part in complete contrast to the previous day with the sun shining and a dry track.

Leaping away from the lights, Horsman went from 5th to 2nd as they dived into the first corner before quickly making his way past Brian Hart to take the race lead, though short lived as Fenton Seabright and Hart made their way to the front and started to stretch out a lead.

With Horsman scrapping over the last step on the podium with Ogden, Jack Nixon and Rhys Irwin; Seabright and Hart were able to get their heads down and open up a 3 second lead.

By half distance, Horsman and Ogden had dropped the attentions of Nixon and Irwin and had reeled in the two leaders to make it a four way battle for the win.

Two laps to go and Horsman made a move into turn 13 to take third place.

Ogden headed the race entering the last lap but with all the riders glued together, it was anyone’s race. 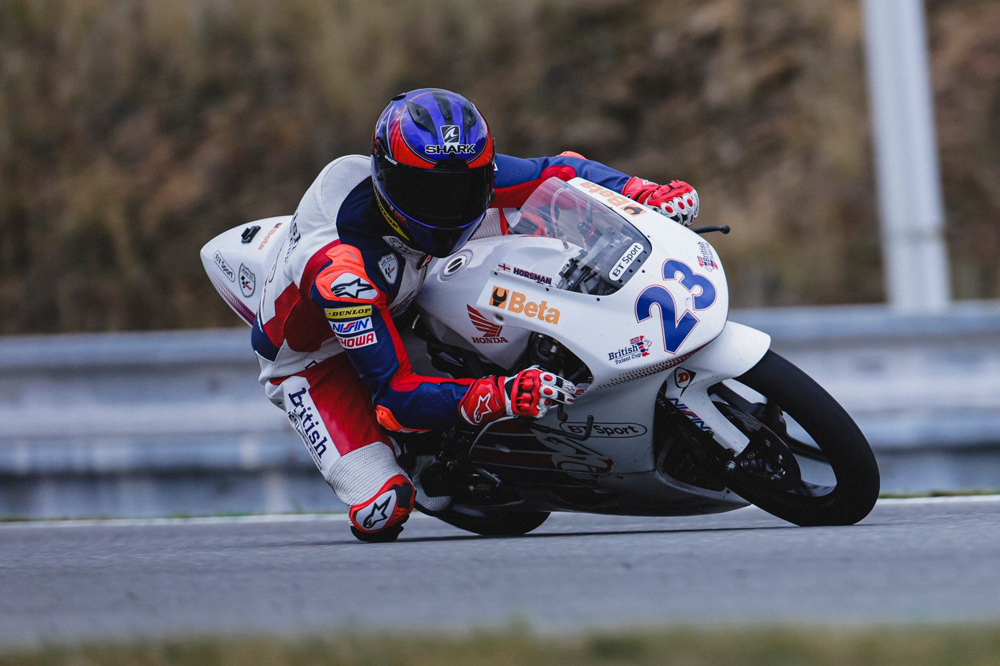 Fanning out down the back straight the riders were three abreast as they hit the brakes into the approaching corner with Horsman leaving it later than the rest to sweep into the race lead, followed by Hart and Ogden; defending his line through the last set of corners to take his fourth victory of the campaign.

“We suffered some bad luck yesterday with the mechanical problem. I arrived here just 12 points behind Scott but after yesterday the gap was 25 points. But that’s racing. It could have been Scott’s bike or someone else’s but yesterday it was mine. I just knew I had to try my hardest today and try and hope there were as many riders as possible between me and Scott. I really enjoyed the victory because it was tough. Now we can go to Silverstone still with a chance of the title.”

With Ogden finishing third, Horsman clawed back 9 points on the championship leader to reduce the deficit to 16 points with one round of the British Talent Cup remaining on the 23 to 25 August at Silverstone.

Horsman will see more Moto3 track action on 16 to 18 August 2019 as he tries to defend his championship lead in the British Motostar Championship at Cadwell Park.