After a whole season of the British Talent Cup, the championship came down to the final corner of the final race at Silverstone last weekend with Horsman losing the title to rival Ogden in the drag to the line by 0.073 seconds. 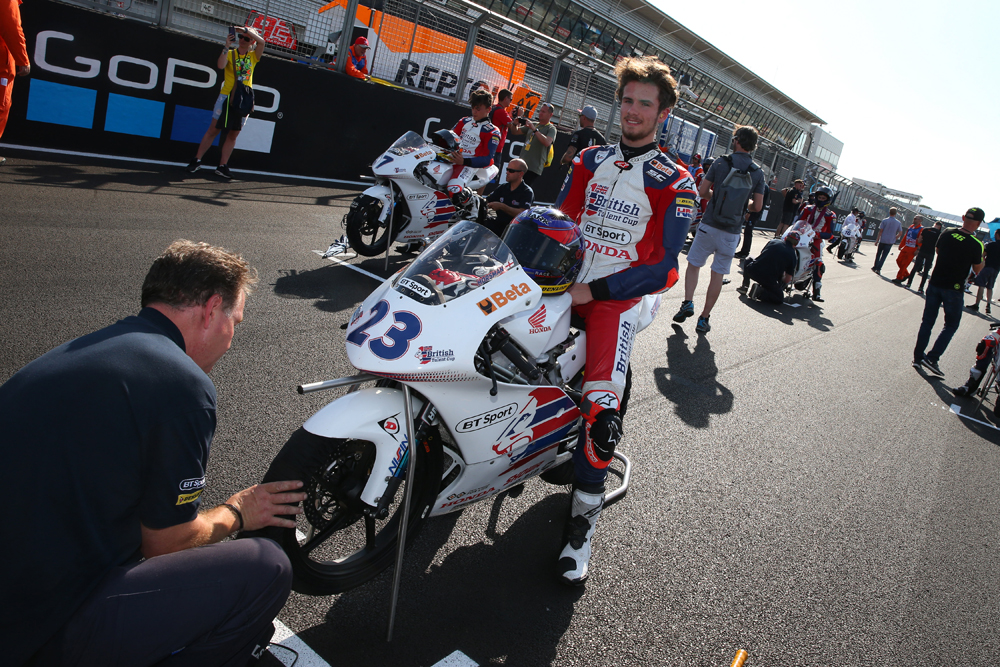 The Forest Hill racer went into the weekend knowing the large task of making up the 16 point deficit on rival Scott Ogden and all he could do was try and win both races and hope for the best. After being caught in traffic during qualifying, Horsman could only manage 8th fastest whilst his
championship rival would line up in 4th. 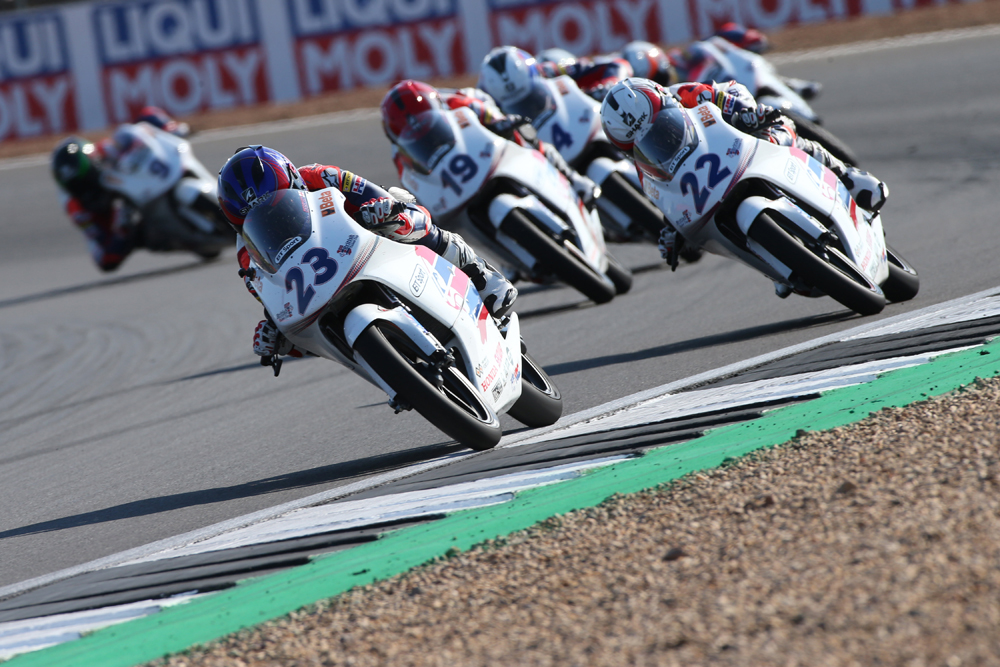 Making a great start in Saturday’s race, the 18 year old sliced his way through the field to cross the line for the first time in 3rd place. Brian Hart and Horsman started to break away from the rest of the field, swapping the lead on several occasions. 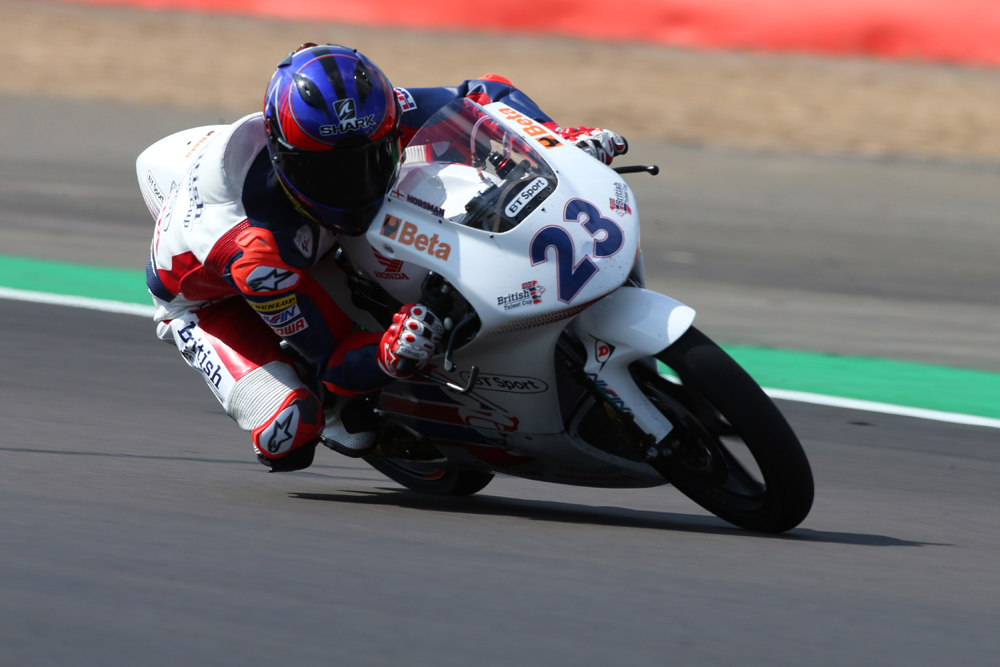 Mid race and Fenton Seabright and Rhys Irwin joined the party with Ogden not far behind.

It quickly became an eighteen-wheel train of nine bikes all looking to make it to the podium with Ogden setting the fastest lap.

Dropping back briefly in the pack, Horsman hit the front on the final lap, putting the hammer down to make the break and leave the rest to fight for the remaining podium places. 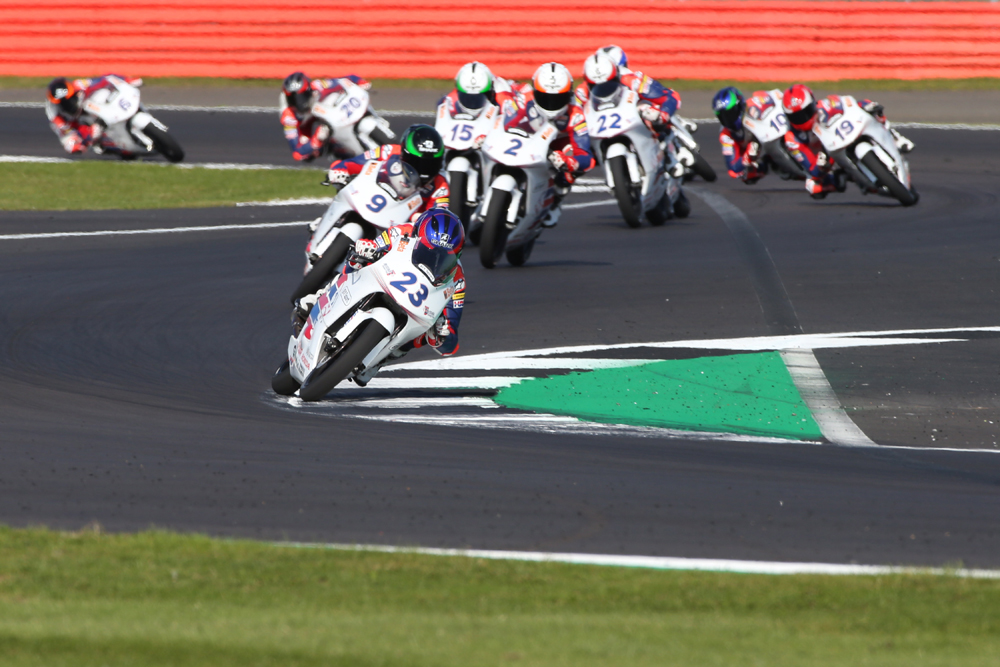 Horsman held on to take the chequered flag and 25 points and more importantly, Ogden got bumped down to 7th in the sprint to the line putting the two riders on equal points going into the final face on Sunday with the Londoner ahead courtesy of more race wins.

Whoever finished ahead of the other would become British Talent Cup Champion 2019.

Not making the best start in the sweltering heat of Sunday’s race, Horsman never the less ended the first lap in 4th with Ogden on his back wheel.

The battle at the front was so fierce it was hard to keep up with who was leading with Seabright and Charlie Farrer also taking their turn at the front. 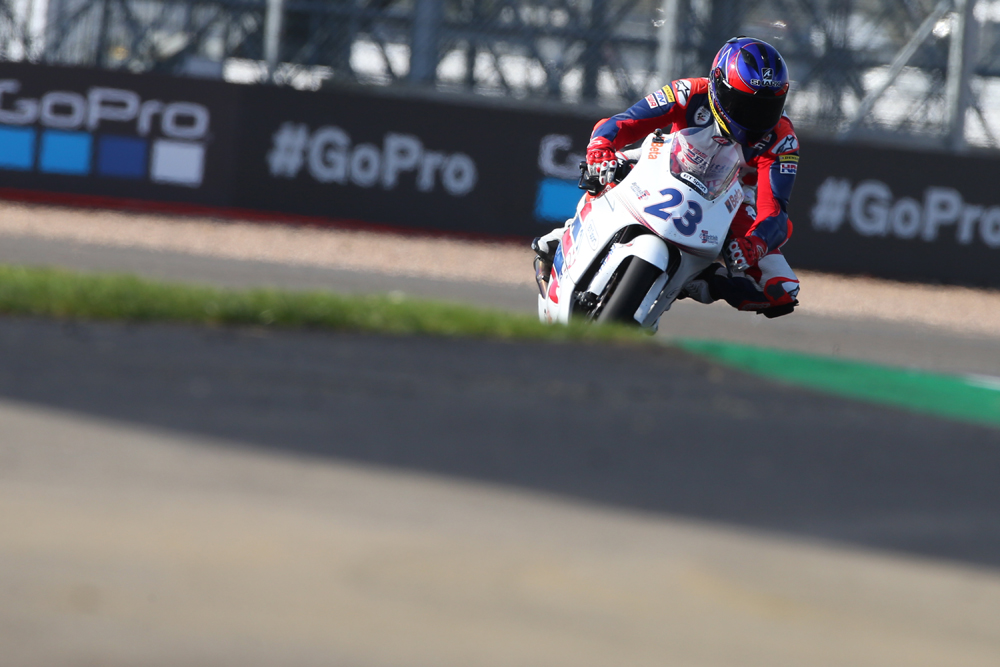 Horsman played the intelligent game, knowing he had to finish ahead of Ogden but not get sucked into a dogfight with other riders and risk crashing out as he hit the front and tried to stay out of trouble.

Last lap time and with 4 riders battling for the win, it was always going to be a nail-biting finish.

Down the Hanger straight for the final time and three riders slipstreamed past Horsman to relegate him to 4th through Stowe Corner.

It all started to get a bit manic with Jack Nixon and Ogden coming together but both staying upright, Horsman retaking the lead as they came onto the Wellington Straight with Ogden on his back wheel and Nixon in third. Through Brooklands and the positions had changed again with Nixon now leading from Ogden and Horsman.

In the slipstream through the final corner of Woodcote, Horsman pulled out to pass Ogden but the run to the finish line was too short and he crossed the line in 3rd, handing the 2019 title to Ogden with 217 points against 221. 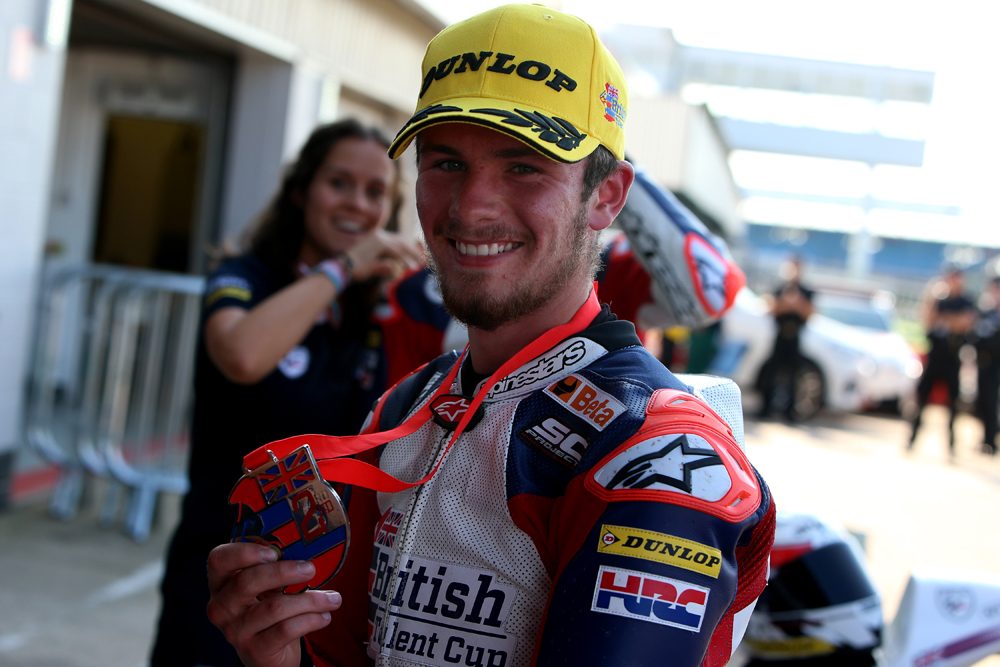 “Firstly, congratulations to Scott Ogden on taking the British Talent Cup title. He’s ridden well all season. Coming into the weekend I didn’t really think I had much hope of clawing back 16 points but I never give up so was determined to give it a go. Having got so close I can’t deny I feel disappointed.

The reality is I couldn’t have done anymore. I had two races in the whole season when I didn’t score points and neither of those where my fault. 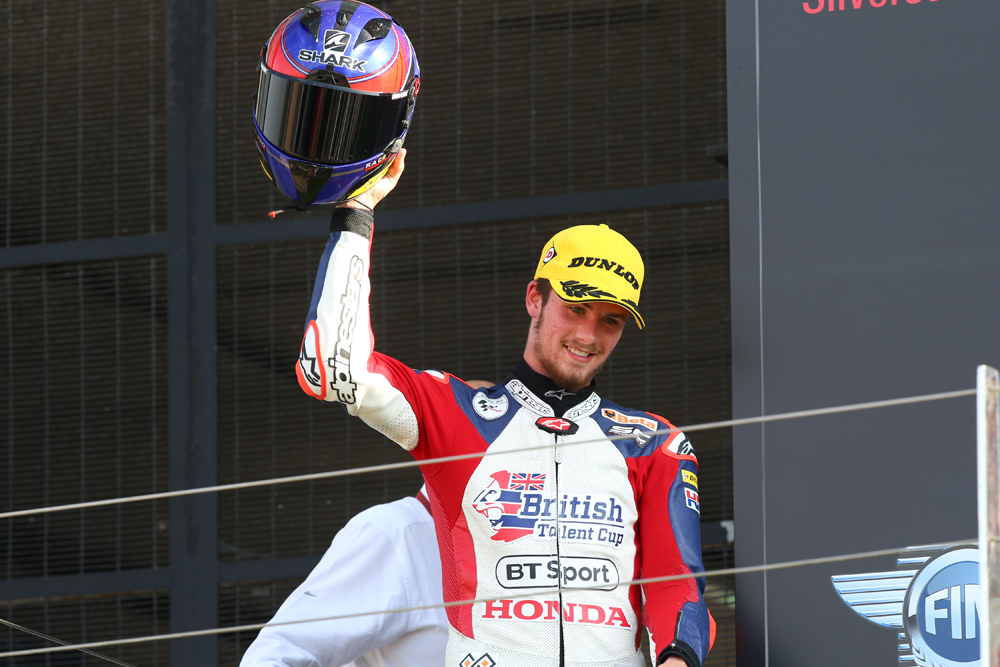 Clearly everyone wants to win but I have to look back at my British Talent Cup season and think that although I was second I have achieved a lot and improved so much as a rider. Thank you to Dorna Sports and all the guys that help organise the series, I have had two wonderful years in this
championship.”

Cameron Horsman’s season is not over yet with the British Motostar championship to conclude where he currently lies 2nd in the standard class, two points behind his nemesis, Ogden.

That championship is a support class of the British Superbike series with the next round at Oulton Park on 6th-8th September.