Going well in practice, the 17-year-old carried the form into qualifying, going fourth fastest in the standard category, half a second off pole.

Race one saw the number 72 of Horsman involved in a ten lap battle for the standard class lead.

On lap four he managed to move into second place behind Max Cook but the group of riders were very closely matched. Thomas Strudwick went passed in the middle of the race before Ross Turner came through three laps from the end. Horsman crossed the line in fifth.

Horsman’s competitive skill in the wet was needed in Sunday’s rain-soaked race as nearly half the standard class ended their charge in the gravel traps. Horsman kept a steady head, moving into fourth place in the early laps. 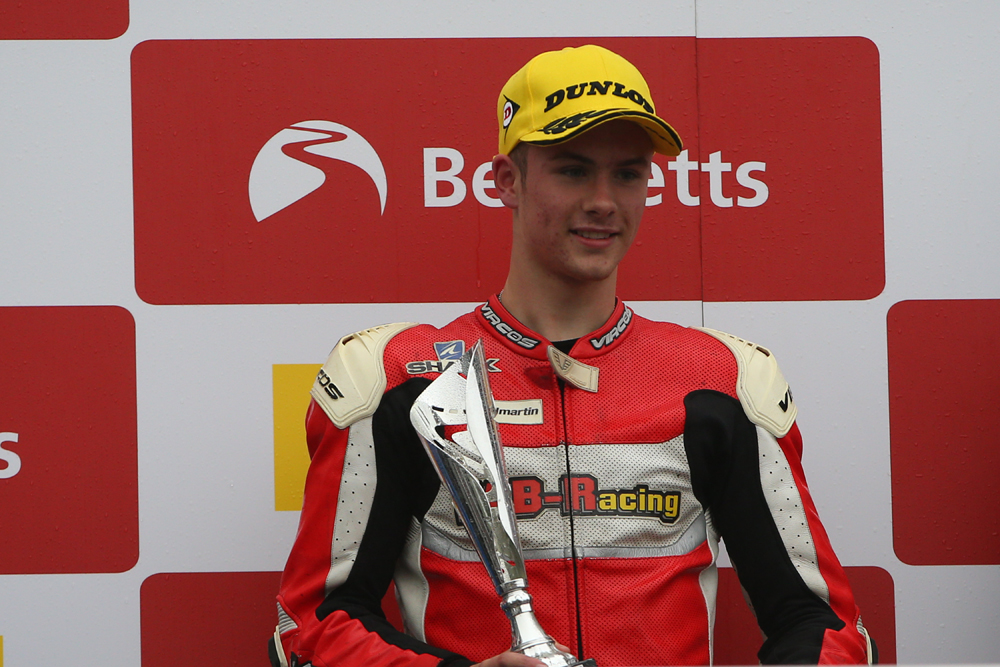 Four laps down and he gains another place to close in on a podium finish.

Continuing to negotiate the tricky, slippery surface, Horsman takes the chequered flag and second place; his best result of the season.

His third podium of the season gave him sixth place in the Championship, tied on points with Scott Swann in fifth.

Horsman said: “After the British Talent Cup weekend I came here full of confidence. I was a bit disappointed in race one that I missed out on the podium after a good start so was even more determined on Sunday.”

“I seem to do alright in the wet weather so I was relatively calm about racing and perhaps that was a good thing as many people crashed out. It has been a while since I have stood on the Motostar podium and to end the year with a second place is a great feeling. Thank you to all my sponsors and supporters.”