A dominate display in both free practice and qualifying ensured the Lewisham racer would start the first race from the front of the pack.

As usual, Horsman and championship rival Scott Ogden broke away at the front of the pack but this time had to battle with another rider as Horman’s team mate, Harvey Claridge, decided to join the party. 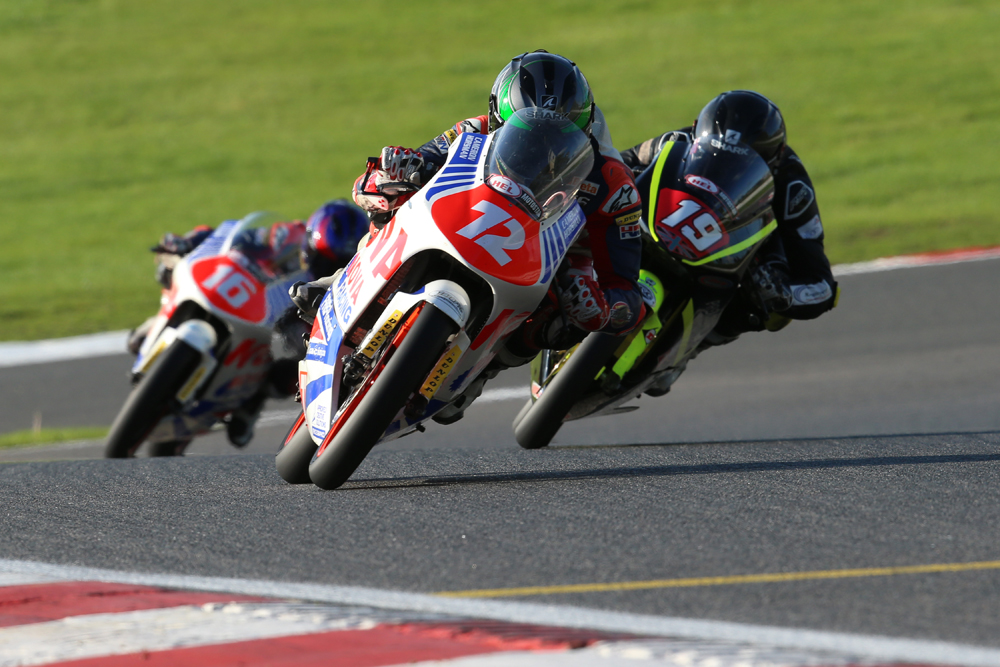 Claridge led for the majority of the race before Horsman and Ogden slipped by.

Horsman needed Claridge to finish inbetween himself and Ogden to have any chance of lifting the title but with Ogden following him over the line for second, it was enough for the Doncaster racer to seal the champoinship, 27 points ahead of the Londoner with only 25 left to play for. 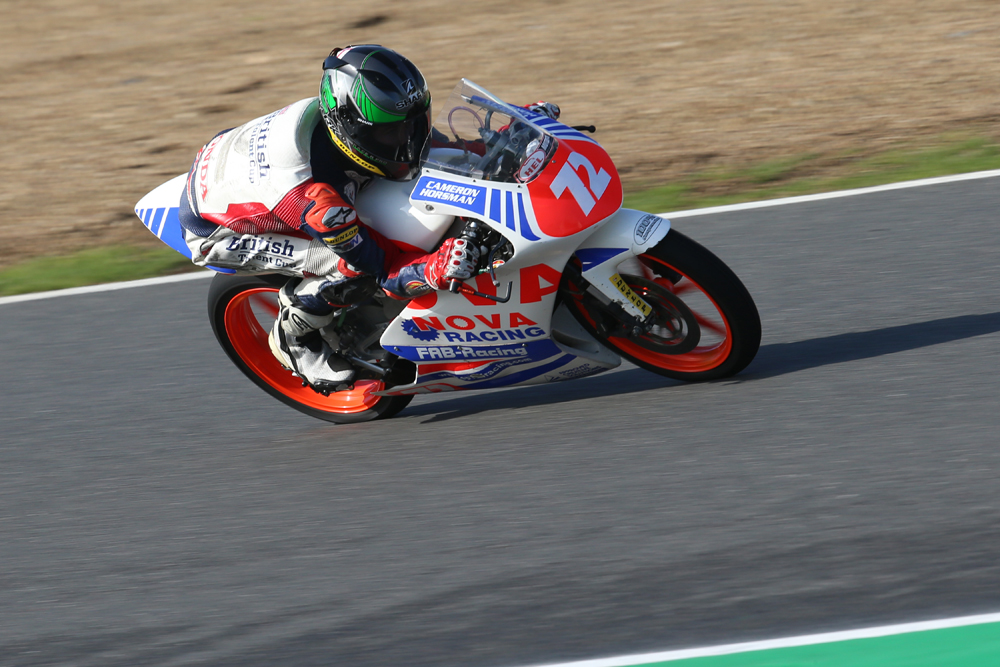 With the pressure off for the second race, the 18 year old made the break with Claridge before dropping his team mate at half-distance, stretching out a lead of over 9 seconds to take the final race win of the season. 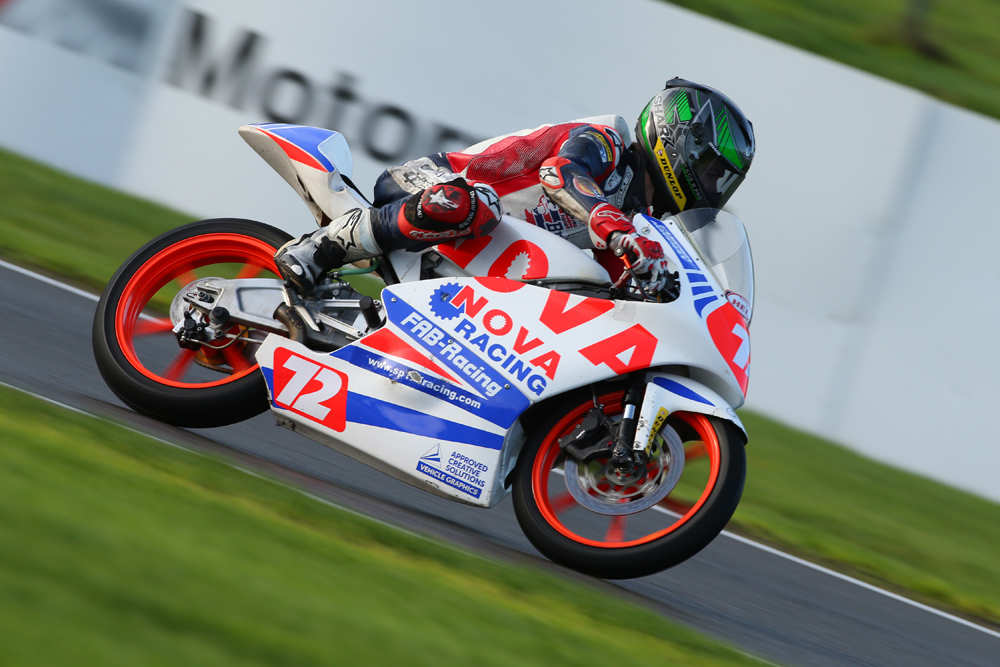 With 8 race wins, more than anyone else, and a total of 14 podiums, the two non-finishes at Oulton Park in September and Donington Park, ultimately proved costly in Horman’s bid for the crown.

Depsite his disappointment, the Forest Hill rider has a lot to look forward to as he moves up to the  Moto2 category of British Superbikes next season. 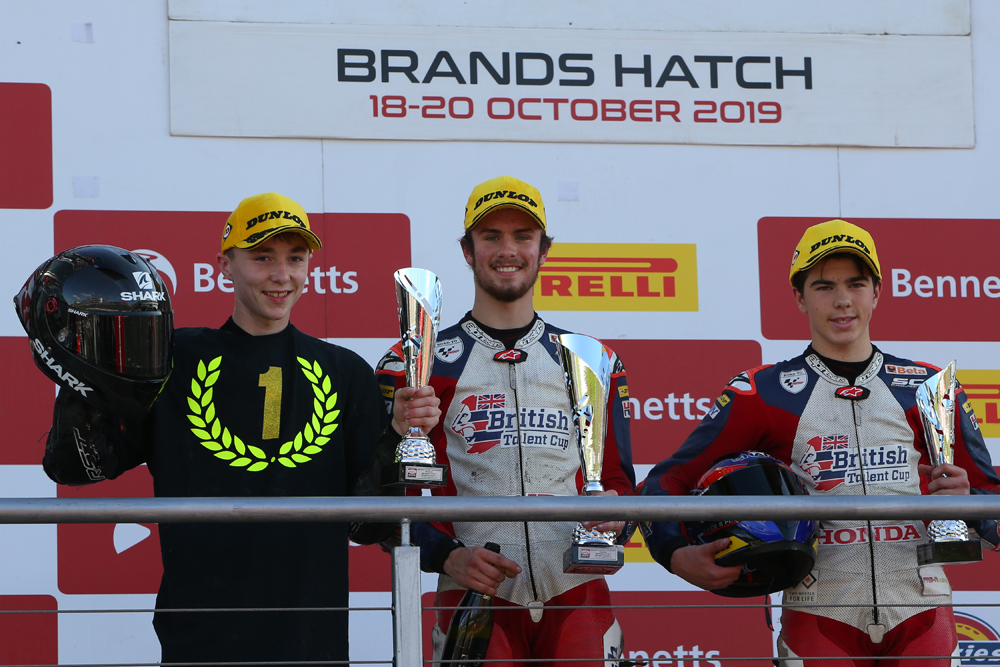 “Firstly, congratulations to Scott Ogden and his team. He has been a great adversary this year. We have both battled hard for the title but the racing has always been clean and fair. Clearly I am disappointed not to have won the title but I gave it everything and I am proud to have finished second and with eight race wins to my name. There is little rest as now we are already starting the process of seeking funding and sponsorship for 2020.

I will be moving up to race in the Moto2 class, called British GP2 in British Superbikes next year. I hope to be able to give you some detail about that shortly.

Thank you so much for the support from Nova Racing Transmissions, Steve Patrickson and my family, this newspaper for your excellent coverage, and also all my followers on Facebook, Twitter and at the circuits. See you in 2020.”