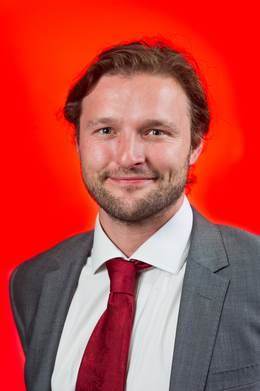 An Arsenal fan and current deputy leader responsible for jobs and performance has been chosen to lead the Labour group on Lambeth council after the resignation of Cllr Lib Peck.
Cllr Jack Hopkins was elected at a Labour group meeting last night, with February 13 the next, earliest opportunity for him to be voted in as leader of the council.
Hopkins defeated rivals Claire Holland, Jennifer Brathwaite and Matt Bennett to the role. Predecessor Peck has quit to take up the role of head of London Mayor Sadiq Khan’s Violence Reduction Unit.
He tweeted last night: “Absolutely delighted to be chosen to lead @LambethLabour tonight by a fantastic Labour Group. An honour to serve the borough I love.
“And a fantastic contest with wonderful colleagues @JenniferBrathwa @clairekholland @CllrMattBennett Really strong team.”
He currently sits on the Greater London Employers Forum and the Greater London Provincial Council. The councillor for Oval ward is a director of Good Planners Ltd and Training Labour Ltd and non-executive director of Newable Ltd. He is a member of the Royal National Institute for the Blind and Barnardo’s as well as the GMB union.