There were brilliant runs by Jacob Taylor and Olivia Stillman at the English Schools’ Cross Country Championships in Leeds.

And with pride it was worn, as London teams are now serious contenders in a number of age groups.

Taylor was looking to improve significantly on his 132nd position last year, being fully aware of the reward of an England vest for those finishing in the top eight.

In contention throughout with the leaders in the junior boys’ race, he secured fourth position, just three seconds behind the third finisher.  In so doing, he was rewarded with a place in the international in Dublin next Saturday. Taylor’s coach James McDonald has helped two athletes to junior boys international vests in recent years.

Taylor led a strong London performance, and was backed up by fellow Harriers athletes Harvey Kande (67th) and Zac Crowther (99th), just dipping to make the coveted top 100 of the 343 finishers. The team finished fourth and won the Lockhurst Lane Trophy for the highest eighth counter, excluding the first three teams.

The senior girls’ race provided the finale on the day, with four Herne Hill runners in action. 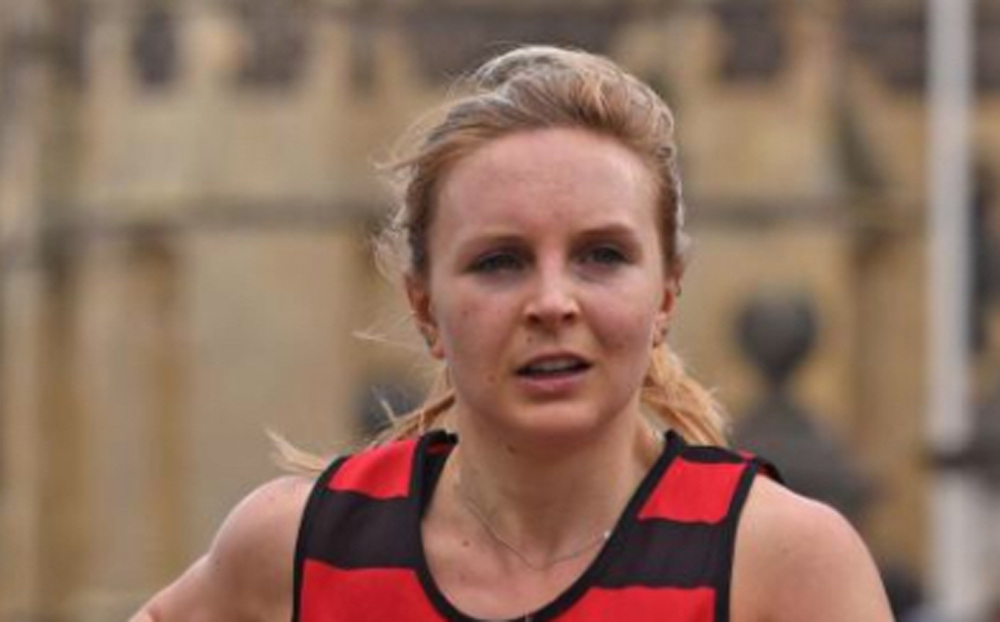 Liv Stillman, racing for Surrey, had the disadvantage of starting sixth in her pen, which meant that she was back in the 80s in the early stages of the race and had to battle her way through.

It proved to be a real breakthrough on the national stage as she worked her way up to seventh, which included a last-gasp lunge to get past one final athlete.

Phoebe Anderson has been a sensation this winter, backing up her outstanding second in the Southern Championship in January and seventh in the National last month to finish 13th. The Wayne Vinton-coached athlete has one more year in the age group.

Steph McCall smashed her PB to place sixth woman in a strong field at the Reading Half Marathon.

This was McCall’s best racing performance for three years, her hard training being rewarded with a swift 75:58 clocking. Andrew Clarke ran 72:45 for some good over distance work prior to the upcoming road relays and the summer track season.

Ed Crowther also ran a PB of 79:10 at Reading while Richard Henderson narrowly missed a podium position placing fifth in his first sub-70 half marathon with 69:58 at the Fleet Half Marathon.

Carl Delaney clocked 72:39 at the Bath Half Marathon, while at the road race Alex Hobley knocked 62 seconds off his PB with a 33:00:00 at the Battersea Park 10km.