The club brought home an impressive medal haul in the male masters categories.

Mike Cummings won the race outright and claimed the M35 gold medal as well as the overall title.

Robin Jones, the fourth runner across the line, was also the M45 champion.

Gary Ironmonger finished seventh and was the M55 category winner, beating all of the younger M50s, the first of whom was Jonathan Ratcliffe who in ninth overall emphasised the Harriers’ dominance with five men in the top 10 in the race.

Also on the Surrey Hills, Herne Hill men added fell racing to their indoor and outdoor track, cross country, road, trail and parkrun repertoire with a good result at the Box Hill fell race on Saturday. 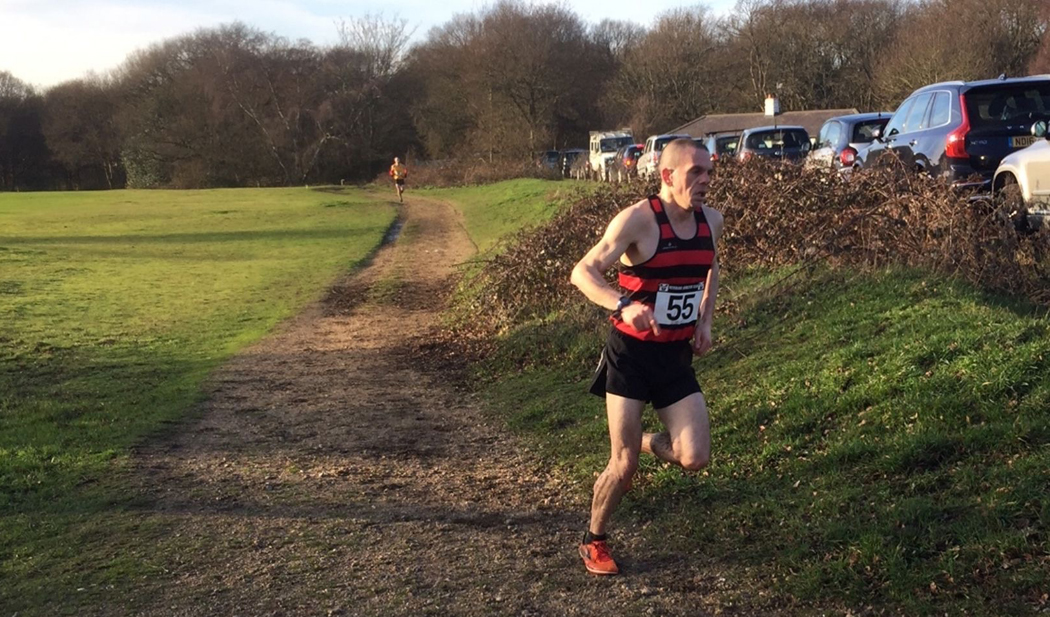 The course was 12.2km long, with 600m of elevation and Harriers won the men’s team event, which was scored on the first four finishers, narrowly beating last year’s winners Victoria Park and Tower Hamlets with scores of 42 for Herne Hill and 45 for their closest rivals on the day.

Herne Hill had athletes in action at the London Indoor Games at Lee Valley over the weekend. Fiona de Mauny moved down in race distance from 8km cross country to 400m track racing as she followed up her Surrey League last Saturday with 60.94 for two laps of the indoor track just seven days later for a good indoor season opener.

Aimee Hargreaves was the middle distance representative as she ran the 800m on Sunday and ran very strongly mid race to move to third before tiring in the final 100m to finish fourth with an indoor PB of 2:19.47.

Two Herne Hill athletes were listed in the UK top-10 lists for last Saturday’s parkruns  – with many of the fastest of the day recorded in Dulwich Park.

Andrew Warburton placed third (15:36) at Dulwich which put him third in the UK. Nick Bester’s 15:48 placed him ninth in the UK and he was sixth finisher at Dulwich.