Leading the seven gold medal winners were all-rounders Mark Andrews and Jenny Steinitz, they won a combined total of seven medals including a hat-trick of golds. 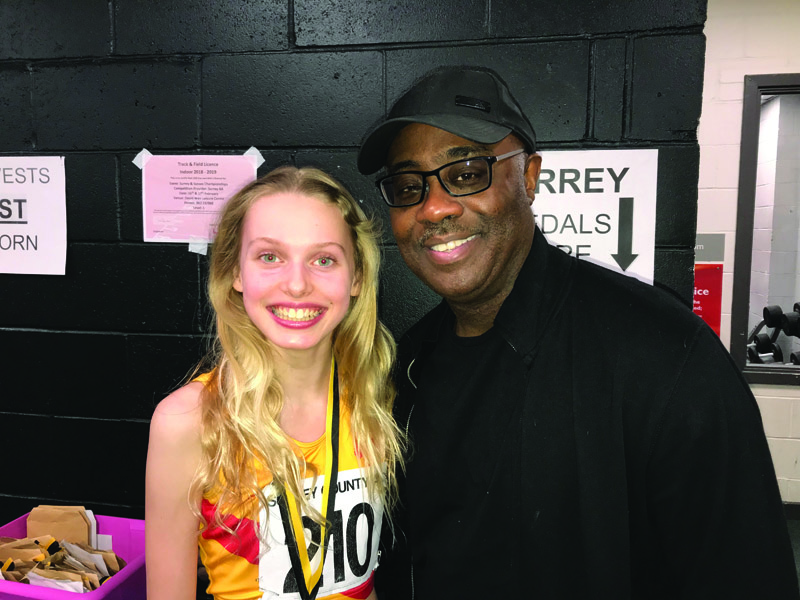 One of the youngest Hercules Wimbledon athletes in action, 12-year-old Mabel-Rose Scales, consolidated her position at the top of this year’s UK girls U13 rankings by taking the silver medal in the girls U15 high jump with a leap of 1.55m, adding three centimetres to her lifetime best.

She was competing in an age group above her age as there was no U13 high jump competition. Her medal-winning performance was a warm-up for this weekend’s England indoor championships in Sheffield where she will once again be the youngest competitor in the girls U15 competition.

Scales also took silver in  the girls U13 long jump with a PB leap of 4.29m and just missed out on reaching the 60m final as she took fourth spot in her semi-final in a PB of 8.84 after taking second place in her heat in 8.9. Laura Lopez took the silver medal in a PB 8.49 after winning her semi-final in 8.61.

Another impressive performer was Freddie Arkell, who posted a double gold medal-winning performance in taking the boys U15 60m and long jump . He took the 60m title in a lifetime best of 7.38, the sixth fastest by a UK U15  this year, after winning his heat (7.5) and semi-final (7.46). He also posted a lifetime best of 5.68m in winning the long jump, which ranks him eighth in the UK this year. 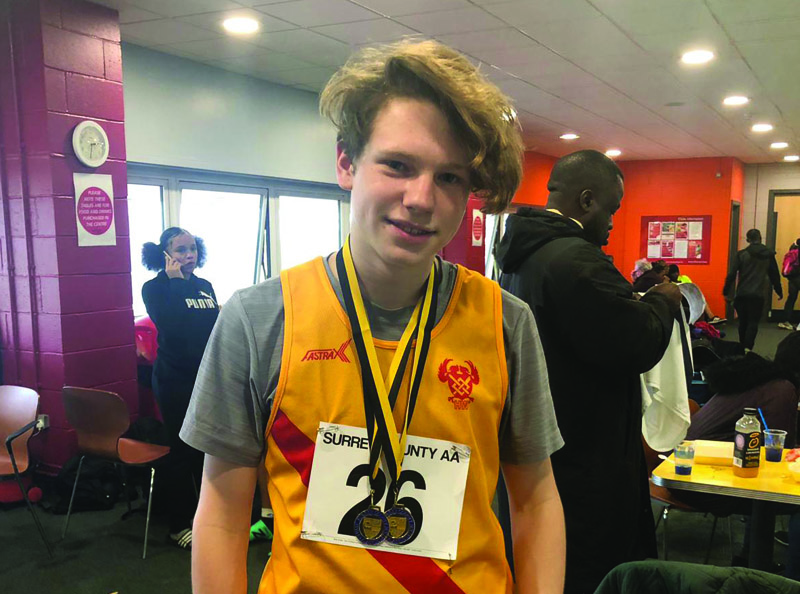 Jaleel Roper bounced back from his disqualification in last month’s South of England championships to win the men’s U17 60m gold medal in 7.19 after taking his heat in 7.35 and his semi-final in 7.23.

George Longworth posted his first open road race victory since taking to running in 2011 when he headed home a 781-strong field in the Richmond half-marathon in Old Deer Park on Sunday in 76:05, 86 seconds ahead of the runner-up.

“It was an unexpected victory as I’d only entered for a scenic run along the Thames towpath as an alternative to my usual Sunday long run,” said 31-year-old Longworth.

“I was sat relatively comfortably in third or fourth place for most of the race. I levelled with the leaders at mile nine and took a pretty decisive lead from mile 10 until the finish.”

He finished 86 seconds ahead of the runner-up.

“Winning is unfamiliar territory for me and almost slightly embarrassing given the strength of the current Hercules Wimbledon squad, many of whom run such times without breaking sweat,” said Longworth.

The club also provided the winner in the Wimbledon Common event where Joe Toomey led in a 476-strong field in 17:48, with club mate David Lewin second in 18:22. Teenager Lulu Weisz won the women’s race in 20:50.