Hercules Wimbledon Athletic Club gained a bagful of medals at the Surrey relay and combined events championships – with the older generation getting among the medals in the European Masters Championships.

Southwark-based Dwayne Cowan  was selected to run for Britain in the IAAF World Championships in Doha. The 34-year-old is one of the oldest athletes in the 72-strong British team selected for Doha. He clinched his place in the 4x400m relay squad after finishing fourth in the trials at Birmingham last month.

Cowan is ranked third over 400m in the UK this summer, clocking 45.77 seconds in an international meeting in Switzerland at the end of June. He was shy of his lifetime best of 45.34 set in 2017 and also just missed the UK Athletics qualifying time of 45.30 for the individual event in Doha.

Cowan took runners-up spot in the European team championships in Poland at the beginning of last month but has a good record in relay events helping Britain to the silver medals in last season’s European championships in Berlin and to bronze in the last World Championships in London in 2017.

Two of the club’s other internationals helped Hercules Wimbledon take gold in the Surrey senior men’s 4x100m relay championship at the David Weir Leisure Centre, Carshalton, on Sunday. Theo Etienne and Chad Miller linked up with Ryan Facey and Antonio Douglas to win in 42.22. The quartet of Ivan Suarez, Pete McLeod, Will Toms and Kashane Gayle took bronze medals. 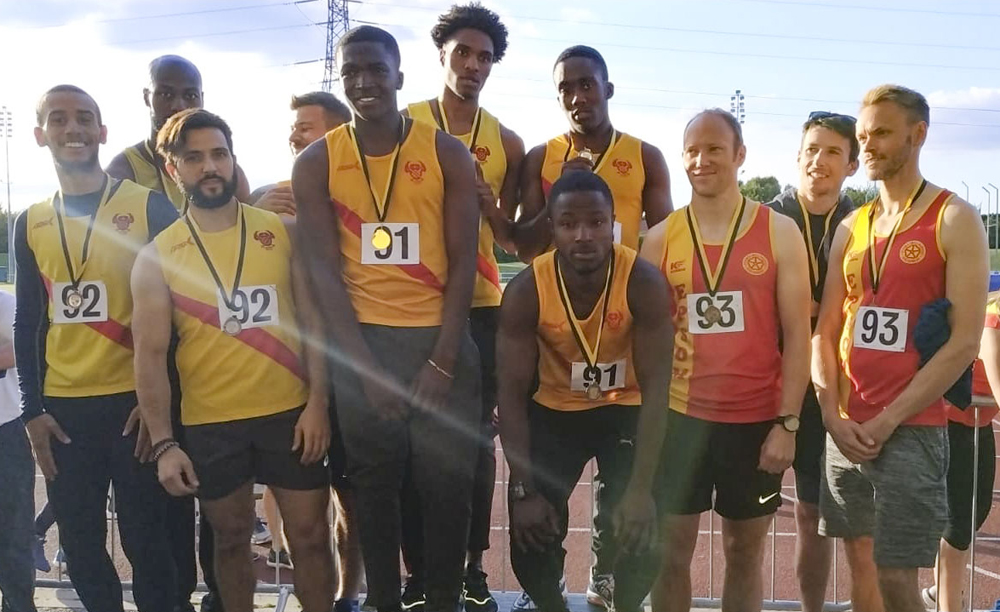 The senior women’s 4x100m relay squad took silver and the U17 women bronze medals. Another gold medal-winning effort was achieved by all-rounder Jenny Steinitz who took the senior women’s heptathlon. She won by more than 400 points with her Hercules Wimbledon clubmate Anna-Kathrine Meikle taking the bronze medal. Teenager Ellen Weir took the silver medal in the U17 women’s 1,500m steeplechase.

Over at the European Masters Championships in Venice, Italy, Hercules Wimbledon’s Lisa Thomas took silver in the over-50 300m hurdles in a PB of 50.51. Earlier, she won her heat in 52.55. Husband and wife Dominic and Emilie Bokor-Ingram reached the finals of their events. Emilie was third in the over 35 400n in 63.49 with Dominic eighth in the men’s over-50 final in 55.23 after winning his first round heat in 55.92. He posted a faster time in his semi-final where he was second in 55.13.

John Siddall was the best of 18 Hercules Wimbledon runners in action in the Wimbledon Common 5km parkrun on Saturday.

He was fourth of the 647 finishers in 17:42, a 15-second improvement on his best time set the previous weekend. Jonny Cornish clocked a much faster 15:06 in taking runners-up spot out of 1,417 runners in the Bushy Park event. He was nine seconds behind the winner.