Chris Solly has had enough bad experiences to put him off the Charlton-Millwall derbies for life – but the opposite is the case.

The long-serving Addicks defender, 28, was controversially sent off for handball in a 2-1 loss at The Den in April 2015.

And he played in the 4-0 thumping in SE16 in March 2010 – an own goal by former West Ham defender Christian Dailly capping off a dream afternoon for the hosts.

But rather than detest the fixtures, Solly can’t wait for tomorrow’s match.

“My first one was the 4-0 and it was a strange feeling,” he said. “It was a terrible result but I loved every second of it. It was my first real taste of a proper football atmosphere.

“As soon as the final whistle went I was disappointed about the game but also looking forward to when we had them again. It’s the first one I looked at as soon as the fixtures came out.” 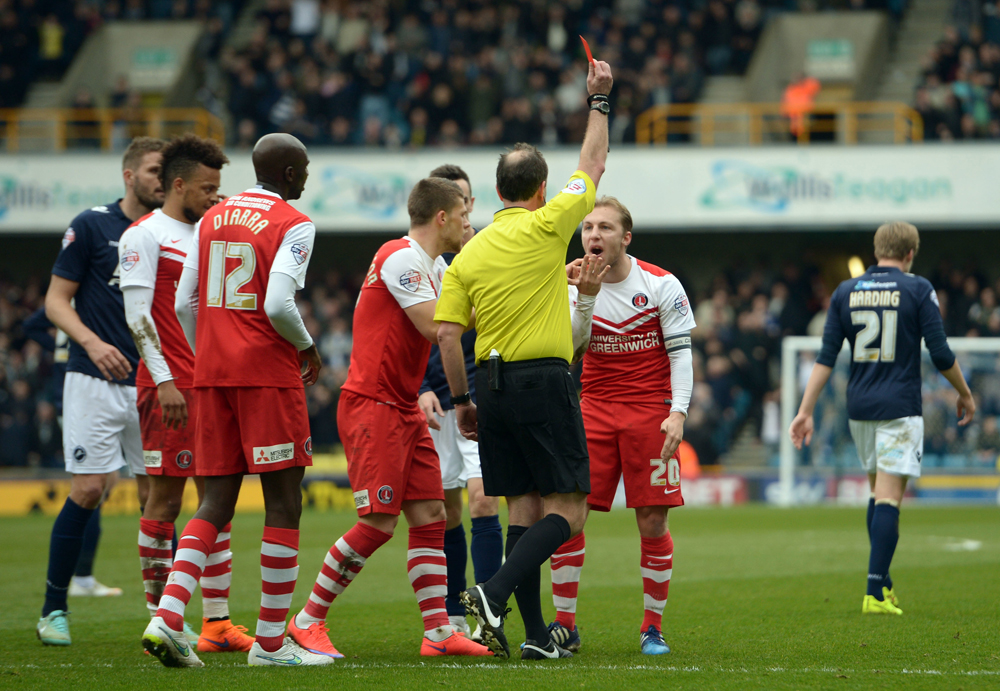 Solly is adamant he should not have seen red from referee Mick Russell in the last Championship meeting between the two clubs at The Den.

He was showing a straight red in the 28th minute for blocking a goalbound shot.

“The ball hit me square in the face,” said Solly. “I had my arms in the air – to protect myself – but it never touched them. My lip was bleeding and I tried to show the ref but he was having none of it.

“Alou [Diarra] scored a good goal to put us ahead but they got two at the end. I remember Hendo [Stephen Henderson, goalkeeper] going up for a corner as we looked to nick an equaliser.”

Charlton under Lee Bowyer seem far more robust – physically and mentally – than the Karl Robinson side which lost 3-1 away in December 2016.

“We were a footballing side – all the teams over the years have been like that,” said Solly. “That was quite a young side as well.

“I’d say the squad we’ve got now can do a bit of everything.

“If someone wants to have a bit of a fight then we’re more than capable of doing that, but we can play as well.

“There is a better blend to the side. It has been proven this season so far that we can match anyone – no matter what type of game they make it into.

“You always expect Millwall to start really fast in the opening 15 minutes with their fans behind them. They’ll be at it, no doubt.

“But once the pace slows down a bit more then it is down to us to be brave and get on the ball – try and stamp our authority and style on the game. We’ve got to try and play as much football as we can because that is our main strength. We can mix it, if we have to, but we’re a footballing side.”

There are only four players still at Charlton from when the last derby took place.

“These matches are probably a bit different for me, because I’ve been involved in a few of them,” said Solly. “A lot of lads haven’t played in the fixture but they’ll be made well aware this week of what it means to everyone. 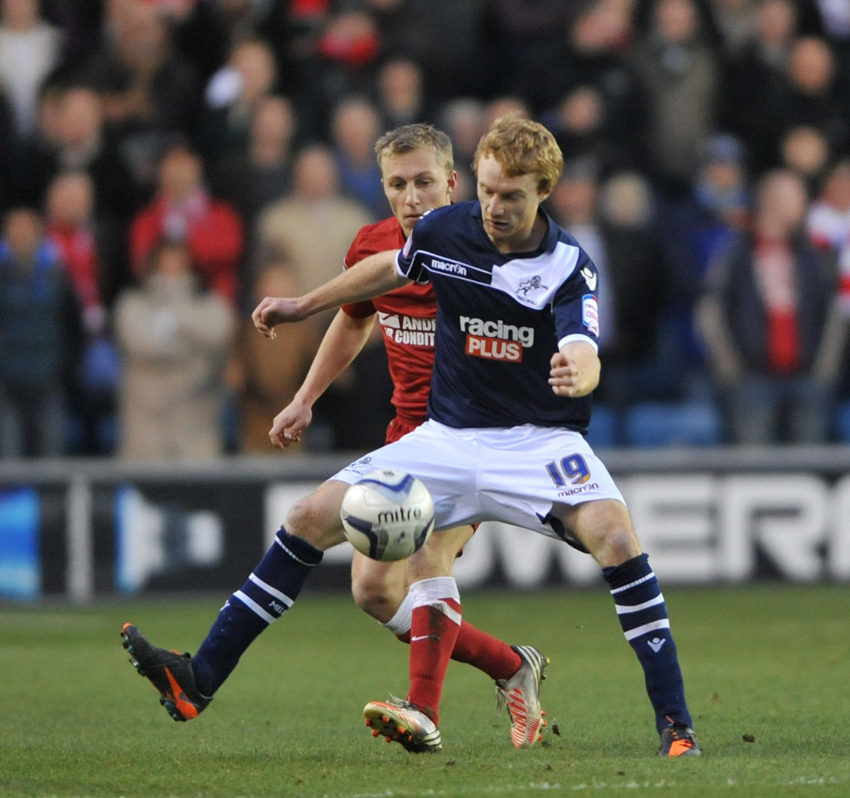 “Everyone wants to be involved and in that team which stops the run and finally gives our fans the bragging rights.

“It is hostile over there but as a player if you can’t enjoy games like that then you’re in the wrong sport. The whole build up to it, it feels a tiny bit different from other games.

“I thrive on them. I probably look more so at the away game because you are more under the cosh – up against it. You want to prove everyone wrong.”

Charlton are missing a number of first-teamers due to injury – with Lyle Taylor the standout absence.

The former Millwall striker has turned into a potent force, his steady supply of goals at AFC Wimbledon continuing after joining the Addicks.

But Taylor needed an injection in his knee injury last week and is not due to be back until after the international break.

“He’s been our talisman for the past 14-15 months since he’s arrived and scored goals on a regular basis,” said Solly.

“Any team is going to miss their star striker but it has given a chance for Macca [Macauley Bonne] to step up.

“With the goals he has brought into the team he has been brilliant for us. We couldn’t ask any more from him.

“This Saturday has come a bit too early for Lyle but after that he’ll be back. To have him and Macca both scoring will be a big boost.”

Charlton look to be heading into a more inviting run of fixtures – on paper at least.

They have won two of their last seven games but they have been up against clubs who not only have far greater budgets, but who are expected to be in the promotion picture.

The Addicks are only three points behind sixth-placed Bristol City.

Sunday was a frustration as a streetwise Preston North End showed their experience to grind out a 1-0 win at The Valley.

“It’s one of those those where if you’re on their team then you say you have managed the game unbelievably well,” said Solly.

“We’ve all been there as players and done it – you’re 1-0 up and managing the last 15 minutes.

“It was a frustrating game – stop-start with the ball going out of play so much.

“I felt we were flat from minute one. It was one of our worst performances of the season. But we have got a big one now and can put things right with three points.

“We were unlucky in our last away fixture at West Brom, even if it was a late penalty [converted by Josh Cullen sto make it 2-2].

“We didn’t start well, we gave them too much respect and went 1-0 down. But we were miles better by the end of the first half and unlucky to be behind.

“A draw was a good result – not many teams will get a positive one there. It just shows our confidence that we are coming away from clubs like West Brom and feeling disappointed to draw.

“We believe we can win every game – no matter who we are playing. That is the mentality you have got to have in this division because if you can get back-to-back wins then six points makes such a difference.

“Draws don’t seem to do a lot in terms of the table because everyone seems to beat everybody.”