Millwall Sport
19th March 201919th March 2019 Richard Cawley 0 Comments
BY RICHARD CAWLEY
richard@slpmedia.co.uk Millwall’s FA Cup adventure is over – but manager Neil Harris has described being in charge for their quarter-final tie against Brighton as “a privilege”.

The Lions led 2-0 going into the closing stages at The Den. Jurgen Locadia slammed home a fine volley in the 88th minute before Solly March equalised with the last chance of a rip-roaring tie – David Martin horribly misjudging the flight of a routine free-kick. 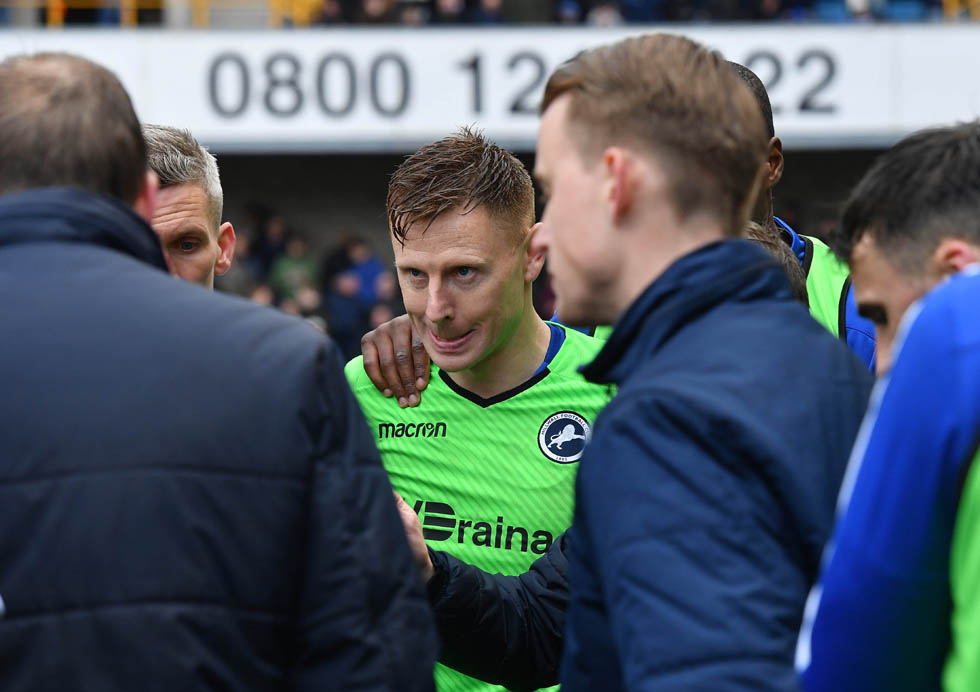 Brighton went on to win 5-4 in the penalty shootout and will face Manchester City at Wembley.

Harris said: “It was a privilege to be the Millwall manager in the quarter-final of the FA Cup at The Den – in that atmosphere and environment.

“The camaraderie between the terrace and the pitch was outstanding. It was every bit as good as Everton – and probably surpassed it with the way the players went out and performed.

“The support and togetherness shown to Dave Martin after the error was first class. I couldn’t be prouder to be manager.

“But I can take solace from the fact that we were better than Brighton over the course of the 90 minutes and deserved to win the game. You have to remember we had two one-v-one chances before we scored the first goal. And we had the best chance to score in extra-time, with Mahlon Romeo’s effort.

“There are some huge games coming up, especially at The Den after the Leeds game, and we have to draw on recent experiences.

“We are looking forward – not back.”

Millwall finish March with a trip to Leeds. The Yorkshire giants dropped out of the automatic promotion slots after a 1-0 home reverse to Sheffield United on Saturday.

“As much as the rivalry we have had with Leeds over the years, they have been outstanding,” said Harris. “It’s a tough place to go but I know my players will embrace and enjoying trying to get a result against the odds.

“We’ll be a massive underdog but we can take a lot from the way we performed against Brighton and winning at Birmingham last week.

“Our home form is going to be vital at The Den, we’ve got five more matches to play there.”