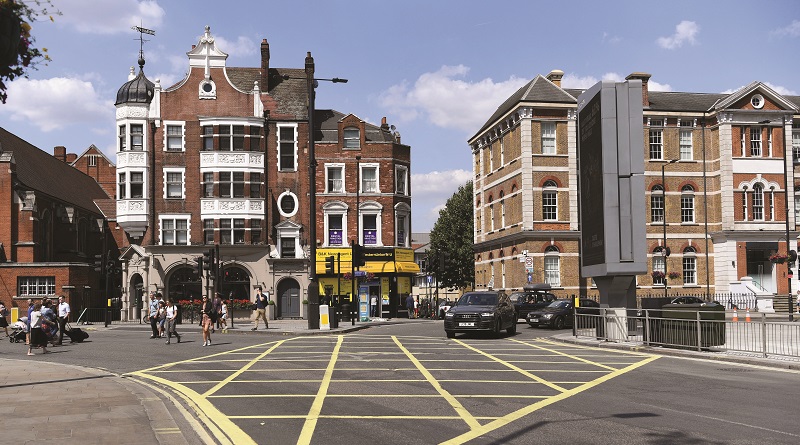 BY YANN TEAR
yann@slpmedia.co.uk
­
An expert in challenging fines has called for a rethink at a “notorious” Hammersmith
yellow box junction which has yielded £3.2million in fines in three years.

In total, drivers in the borough paid out £12.8million in fines after getting caught in yellow box junctions, and 188,335 tickets were dished out between 2016 and 2018.

The Talgarth Road junction is described by motorists on the online Fightback Forum as a “notorious yellow box junction”.

Drivers on the forum share tips for appealing fines.

Barrie Segal, who has been fighting motoring tickets for 17 years, said: “The fact that it’s a perennial problem means there has to be better ways.”

The author of motoring appeal books and the Appeal Now website said: “The council must know that there’s an issue on that particular junction and the council should be looking at how to make the junction safe and at the same time not penalise people if they are trapped into doing the wrong thing.”

He said motorists sometimes feel pressured when other traffic is building up behind them.
However he said that in their place yellow box junctions “are very good used in the right place”.

He added: “There has to be a sensible way of ensuring their safety and that traffic moves without having to fine people.”

The other big earners between 2016 and 2018 are the yellow box junction at New King’s Road with Bagleys Lane, which yielded £2million, the box junction at Harwood Road and Effie Road in Fulham – where drivers have paid out £1.5million in fines over the past three years, and the busy Great West Road north-east bound slip road near the A4 Hammersmith flyover, where fines reached £1.2million.

The box junction 25 yards from the Holland Park roundabout near the Westfield Shopping Centre racked up fines of £1.1million.

Two other junctions yielded £195 in fines at Fulham Road with Jerden Place and at the yellow junction at North End Road with Charleville Road in West Kensington.

A spokesman from the town hall said: “We use Penalty Charge Notices (PCNs) to help keep traffic in the borough moving, and the vast majority of drivers are able to get through box junctions without breaking the rules.

“We do regularly review our box junctions, and the last time we made changes at Talgarth Road, it was to help improve the movement of traffic down Fulham Palace Road.

“We use revenue from PCNs to maintain and improve transport in the borough, which includes giving free travel to older residents and disabled people.”