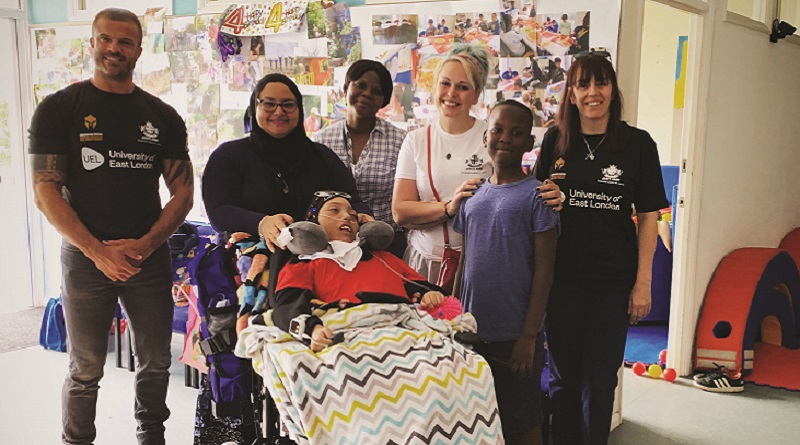 A much-loved charity in danger of closure due to a council-rent hike has been given a vital lifeline by kind strangers.

Greenwich Toy and Leisure Library is a vital lifeline for families with special needs kids, offering them somewhere safe to play without judgement.

The charity has been operating for nearly 50 years but faces closure next month as cash-strapped Greenwich council says it will no longer be funding a cheap rent for the building in Abbey Grove.

Fearing closure, parents, volunteers and workers have been petitioning the council to make a U-turn as the charity struggles to make ends meet already without a 130 per cent rent hike.

Essex-based foundation Joni’s Army was tipped off by Plumstead resident Kim Hastings, and quickly offered vital cash to keep the charity running for a few more months while the long-term future is decided.

Joni’s Army was started by mother-of-three Holly Stevens, whose nine-year-old daughter Joni passed away after a battle with a rare bone cancer.

The Essex-based company raises funds for children who fall outside the NHS’s umbrella, handing out hundreds of thousands of pounds in Joni’s honour.

Speaking at the facility as they agreed to help out with rent Holly said: “My daughter passed away nearly four years ago and we had lots of money that we wanted to do nice things with for other people. We set out in Joni’s name to do that.

“This is an amazing place. I don’t imagine there are many facilities in the area that are like this.

Joni’s Army trustee and university lecturer Lee Brown said: “When you see what they do here it is a much, much-needed service for families.

“A lot of people in general don’t realise until it happens to them. It’s nice to help people like this who do not need the problems they are being given.”

Deborah Cavill, manager of the GLLT, said told the LDR service: “To receive a call out of the blue from Joni’s Army, who has stepped forward to help pay rent, is truly amazing.

“We thought the response from the petition was fantastic, but this charity’s generosity is unbelievable, and we are all elated. We cannot believe our good fortune.”

Several parents have already spoken out over the importance of the charity, with nearly 3,000 people backing the toy library’s petition.

A mum, Sherifa, whose disabled daughter enjoys the specially designed sensory room, told the LDR service: “This is a second home for me, it is everything. If this place was not here, I have no idea. No idea where I would be going.”

Parents have been critical of the council and feel the vital service is being left behind in comparison of other projects.

The charity was commissioned by the council to carry out summer activities, but the partnership has since ceased.

Greenwich council leader Danny Thorpe said that it was agreed the council would subsidise rent until March, when it would then increase to a market rent.

He said: “We understand that Greenwich Toy and Leisure Library provided a valuable service to the local community, but we cannot continue to subsidise rent on this building to a service we have since decommissioned.

“Having used feedback from children and parents and carers, the new programme provides at least 500 more short break places than the previous one – and we are confident in the positive impact this will have for local families.”