The Greenwich fighter is seen as one of the leading prospects in the world and has collected 12 stoppages in a perfect 13-0 fight ledger.

Dubois will also defend his WBO international title against Fujimoto (21-1).

Frank Warren, who has promoted Dubois since he entered the paid ranks, said: “Fujimoto is ranked 12th by the WBA, has a good record and this is a fight that will get Daniel a lot of exposure as we strive to make him a global brand.

“We are working on making Daniel a number one contender with a governing body. I will get him there. 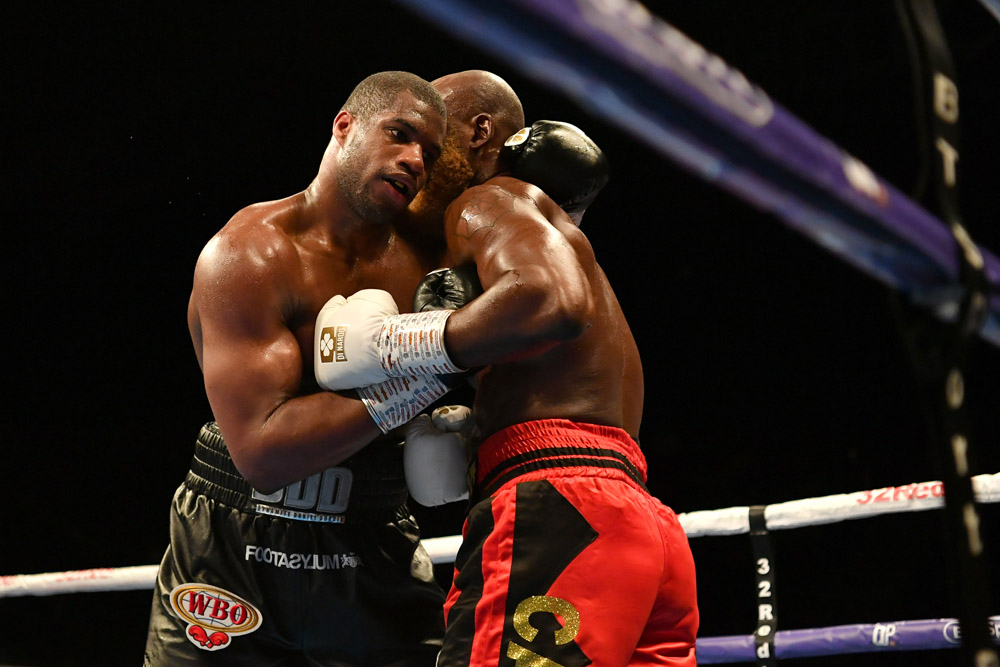 “I loved what I saw of Daniel as a senior amateur, but what he has done as a professional has been punch perfect. At this stage of his career he is the best young heavyweight I have seen in British boxing.

“He is in love with boxing. His mission is to become unified world champion and he will do it. I could make a world title fight tomorrow – and he would win – but he needs that little bit more experience. When he wins a world title it is about making sure he keeps it.

“This time next year he is going to do the business [in a world title]. And next year there could also be a collision with Joe Joyce.”

The WBC moved Dubois up to 15th in their latest world rankings.

“I am very happy,” said the South Londoner. “My career has been perfect so far and I have progressed in and out of the ring.

“I am with Frank Warren, who is one of the best promoters ever, and there is my dad, Martin and Tony Bowers. We are going all the way. My trainer Martin has organised so much and puts in so much hard work. I am going to make sure I become a success.

“It is coming together and in each camp I have improved. If I can get to a world title challenge soon I am more than ready.

“Timing is everything. I will continue winning in style and I will get there soon. It is a hell of a challenge against Fujimoto, but I will be ready and take him out in devastating fashion.

“The boxing audience is taking notice and that is down to the hard work we put in. I’m ready for the next step. I love the recognition. It is what I have been after since I was five-years-old. My feet are on the ground. I just stick to what I am good at and remain humble.

“I have been a student of this sport since I was young. I am obsessed by it all. The sport is filled with great fighters and I want to be a legend when I have finished.

“Fear is an asset for me. It’s a weapon and I use it in every fight.”

Tokyo’s Fujimoto will be a big underdog for the clash at London’s Copper Box Arena.

He has not lost since a stoppage defeat to Solomon Haumono in 2012 – his sixth professional bout.

But the fact the heavy-handed Australian managed to inflict a KO does not bode well for Fujimoto, with Dubois a huge puncher. Only the hugely seasoned American Kevin Johnson has managed to go the distance with the former GB international – and even then it was showing absolutely zero intent to try and trade blows.