Glyn Hodges felt his AFC Wimbledon side’s 1-0 win over Peterborough United yesterday was a deserved outcome for his youthful side.

The average age of Hodges’ starting line-up was less than 23 years old, with only Joe Pigott and Luke O’Neill older than 25.

No side in League One has given more minutes to players under the age of 23 this season, and Hodges knows his side still have lots to learn.

“But the boys gave their heart and soul, put everything on the line and that’s why you want them to get rewarded.

“We started slowly, it took about 20 minutes for us to have any input in the game.

“Joe Pigott put in a big tackle that seemed to galvanise the fans, got us going and then we seemed to be a different team from that moment on. 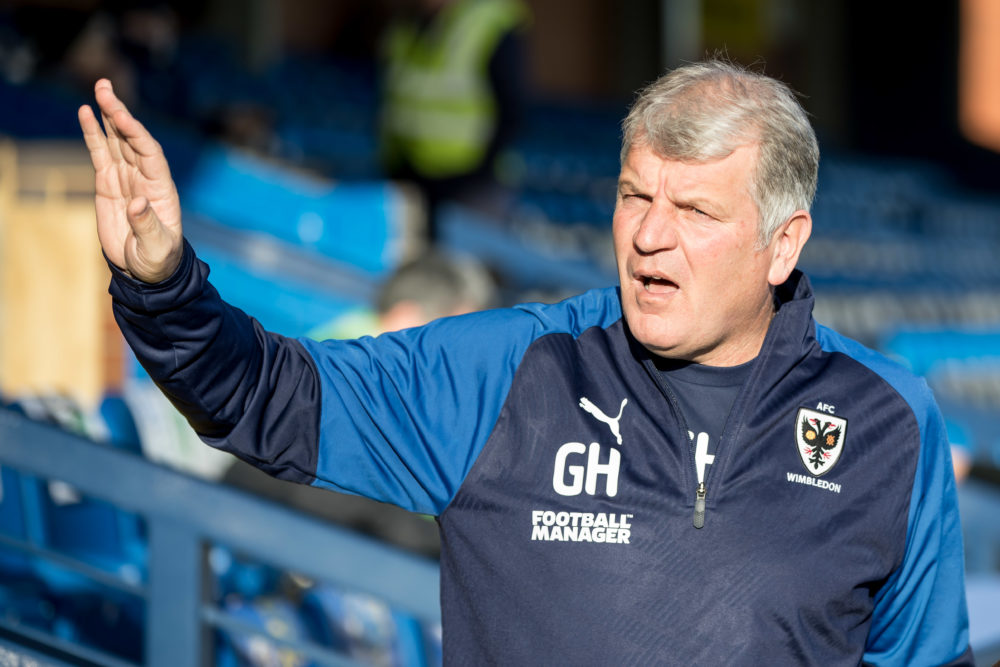 “Our inexperience showed today, we scored and then sat back a little bit too much.

“We’ve got to be more ruthless in getting that second goal, we should have got it and won against Southend recently and when you don’t get that goal you leave yourself open.

“We’ve probably got to start preparing for 120 minutes, I’m not sure it’s 90 minutes that counts anymore. They’re long games so we probably need to get fitter.

“There’s never a dull moment here, it’s up and down and that’s just the way it is. Today we got through it and it’s a great win for us.”

It was Wimbledon’s first game since Marcus Forss returned to Brentford having suffered a hamstring injury last week at Portsmouth.

Forss scored 11 league goals for the Dons this season, and while Hodges confirmed Wimbledon are looking to sign a replacement this month he insisted the club would not be forced into making a signing for the sake of it.

Hodges said: “Marcus had to have an operation which is unusual for hamstring injuries, so it’ll probably be the end of April by the time he’s fit. 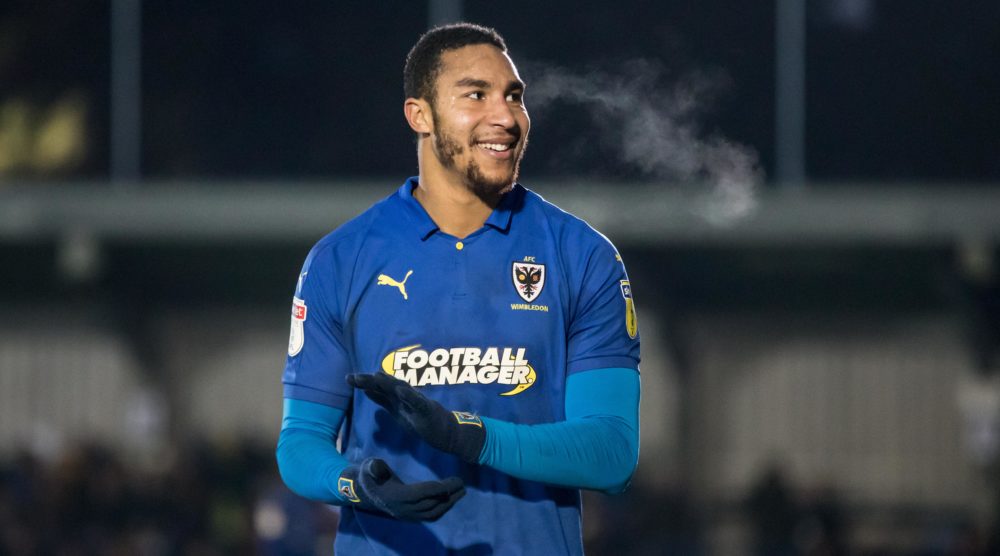 “We wish him well and hope he comes back fitter and stronger.

“Joe Pigott was immense today, he showed composure with that goal to take another touch and tuck it away like all good goalscorers do.

“He and Pinnock were brilliant, and we’re getting a fair percentage of our senior forwards back now so we’re not going to sign a player willy-nilly.

“We’re looking for goals from anywhere, we’re not just dependent on one player. There’s other people here to score, we get plenty of corners and players in the box.

“We are definitely looking to strengthen to give us an opportunity to succeed in the run-in, and we’re working on that now.

“It’s one point behind Rochdale and two points behind Accrington Stanley – we’re looking up the table.”