Millwall manager Gary Rowett has confirmed that Luke Steele is set to return to parent club Nottingham Forest this month.

The Lions signed the 35-year-old goalkeeper on August 8. They needed cover after Frank Fielding damaged his quad in the opening day victory over Preston North End.

But Fielding is set to play in Millwall’s U23 match against Colchester United today.

Rowett said: “I’ve had a good conversation with Steeley.

“His mindset was that he came here to try and play games and it has not worked out for him due to Bart Bialkowski’s form and various other things.

“He needs to go and play. He can’t afford at his age and stage of his career, where he has played so many games, to be sat on the bench. 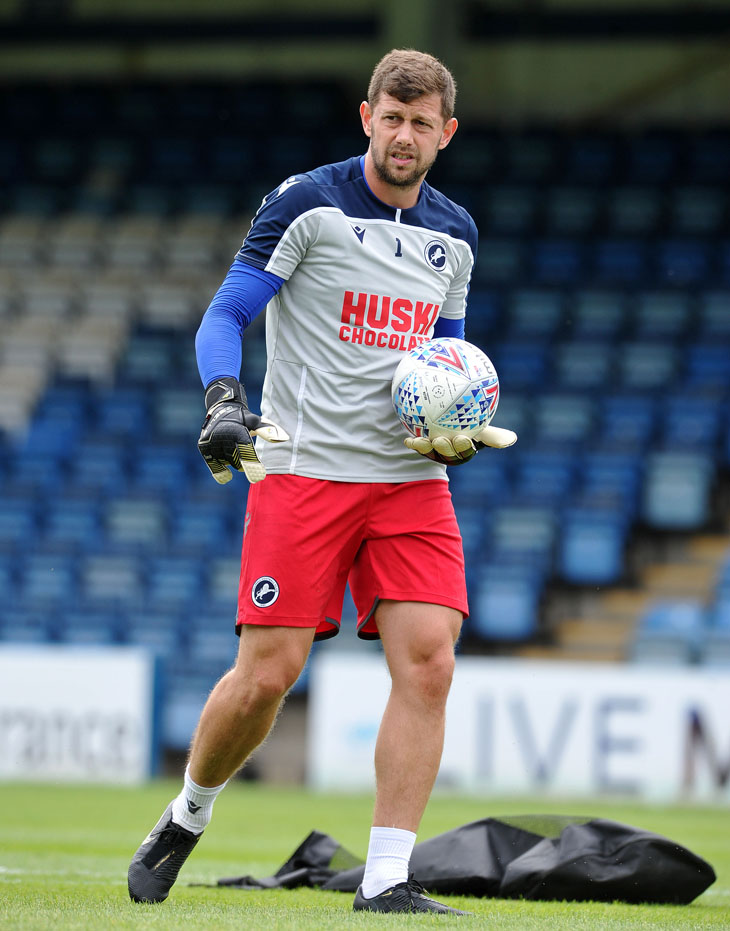 “He has been brilliant support in terms of what we have done over this period but I expect him to choose to go back when his loan is up.”

Fielding was the first shotstopper through the door in the summer – arriving on a free transfer following his release by Bristol City.

In his absence the number one spot has been nailed down by Bialkowski, who is on a season-long loan from Ipswich Town.

He recorded his seventh shutout of the campaign in Saturday’s 3-0 FA Cup win over Newport County.

“If he comes through fine then he’ll be competing with Bart for the number one spot, which was always the plan.”