Glyn Hodges says getting the AFC Wimbledon job feels “sweeter” because it comes with the blessing of Wally Downes.

The League One club announced on Wednesday that Hodges, born and raised in Streatham, was their new manager.

The Dons had parted company with Downes on Sunday, two days after the Plough Lane favourite had accepted an FA charge for betting on football matches.

Hodges stepped up from assistant to take on a caretaker roll from the end of September, when Downes was suspended while the disciplinary procedure started.

“As soon as Wally left [at the weekend] I thought I might be in with a chance of getting the job – the ball really started rolling on Sunday night,” Hodges told the South London Press.

“Before that I didn’t really have that thought process – I was just keeping the seat warm. He brought me back here and I didn’t expect this to happen, but it has.

“Wally has been brilliant about it. He doesn’t have an axe to grind. His personality is fantastic and he has wished me well – that’s nothing I didn’t expect. I’ve know him for so long now.

“It does make it all the sweeter to know I have got the thumbs up from him. 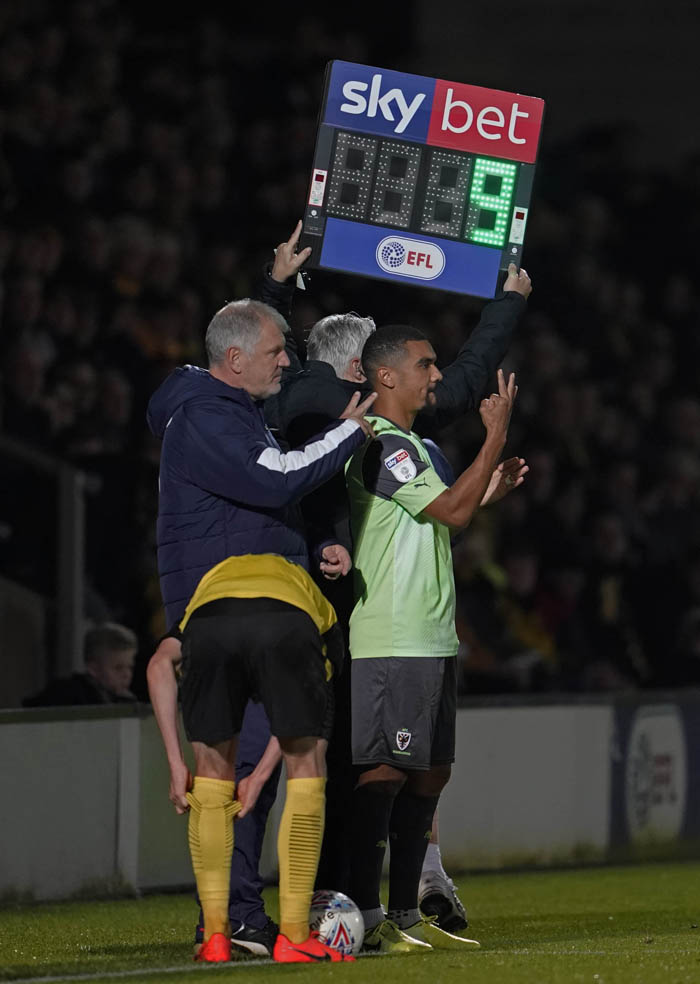 “It’s a nice feeling, but also a bit strange. I’ve never been put in this situation before and I don’t think too many have, where someone has been suspended along those lines. It has come to a conclusion and I’m looking to the future.

“It’s felt brilliant since I first walked through the door, exactly how it used to be when I was a player at the club – the same family feel.”

No announcement has been made on Hodges’ backroom team.

“The good thing is we haven’t got a game this weekend, so I hope to put things in place for the following week before we play Lincoln,” he said. “I’m looking to get the best staff I can assemble, whether that means people who are already at the club or bringing people in.”

The Tuesday defeat to Burton was a second loss for Hodges since he started leading the team and ended a four-match winning streak in all competitions.

They are back in the relegation zone.

“We gave everyone else a two-month headstart before we got our first win,” said Hodges. “We did get three draws in that period which could – and should – have been wins.

“We’ve got to fight tooth and nail to get points. We were better in the second half [at Burton] without asking questions. I was disappointed with the first half.”