Charlton Athletic slipped to their second defeat of pre-season – with Chuks Aneke’s first goal for the club one of the only positives.

The goalscorer went off with a hamstring injury early in the second half and the Addicks also lost left-sided defender Lewis Page in the opening stages of the friendly at Medway Priestfield Stadium.

The first 45 minutes did not see the Addicks at their fluid best.

And they weren’t helped in that respect by an enforced formation change after Page went off injured.

The former West Ham man went to the turf and after a short period of treatment he came off.

Gillingham scored while their opponents were down to 10 men – substitute Jonny Williams still getting his instructions from assistant manager Johnnie Jackson when Stuart O’Keefe sent a low drive past Dillon Phillips.

Williams’ introduction saw the Championship side switch from 3-5-2 to 4-4-2. 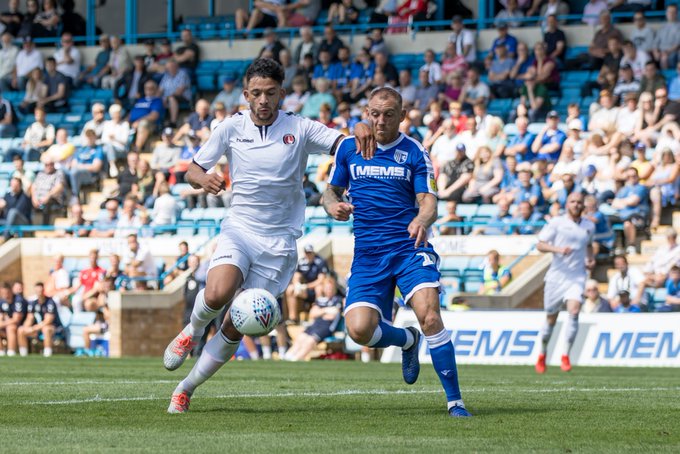 The Gills had some joy with their attacks and Anfernee Dijksteel put just enough pressure on Mikael Ndjoli, who could only shoot wide under pressure from the Dutchman.

Aneke strode purposefully on to a Naby Sarr cross but sent it high into The Rainham End.

Charlton’s equaliser came on 44 minutes, Albie Morgan winning a free-kick on the edge of the box. Sarr produced an excellent left-footed hit which came back off the left upright, Aneke taking a touch before driving in – his first goal since joining on a free transfer from Milton Keynes.

Gillingham quickly restored their advantage in the second half as Mikael Ndjoli squeezed his shot past Phillips.

Aneke was replaced in the 55th minute after pulling up holding his right hamstring. 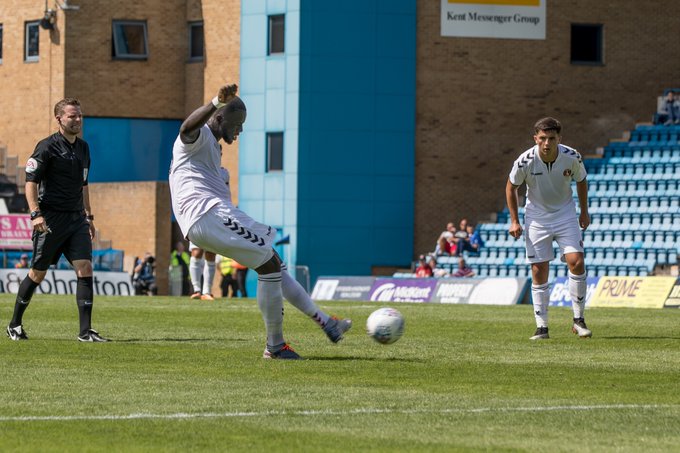 Charlton once again struggled to create openings of note. Macauley Bonne heading a Morgan corner wide was as good as it got.

When Lyle Taylor went off it left young winger Alfie Doughty as a makeshift frontman – only underlining the urgent need for more firepower.

A mistake by Tom Lockyer led to Gillingham’s third goal on 89 minutes. The summer signing lost the ball and Elliott List raced confidently through to finish across Phillips.