Millwall suffered their first defeat of the Championship season as Fulham underlined their automatic promotion aspirations by inflicting a heavy defeat at Craven Cottage.

Little expense has been spared in assembling Scott Parker’s squad as they look for an instant return to the Premier League and their headline acts all came to the party on Wednesday night – Ivan Cavaleiro scoring once in each half with Anthony Knockaert and Aleksandar Mitrovic also netting.

Fulham’s first-half  saw them complete 453 passes to Millwall’s 34. By the end the visitors had totalled 115 passes, compared to 935 for the victors.

And while plenty of those were just shifting the play from side to side, they also possessed the quality time and again to cut open the Lions backline with the quality in their ranks.

Fulham’s first goal on 15 minutes saw Cavaleiro score a replica of his winner at Huddersfield on Friday night. The on-loan Wolves man cut inside on his right foot – going away from Mahlon Romeo and Connor Mahoney – before thrashing a bullet of a strike past Bartosz Bialkowski.

Knockaert had his first goal for the home side since his loan move from Brighton on 32 minutes. The Whites switched play ruthlessly and slipped in Cavaleiro on the left of the box, he found the head of his fellow winger who stooped to put daylight between the two sides. 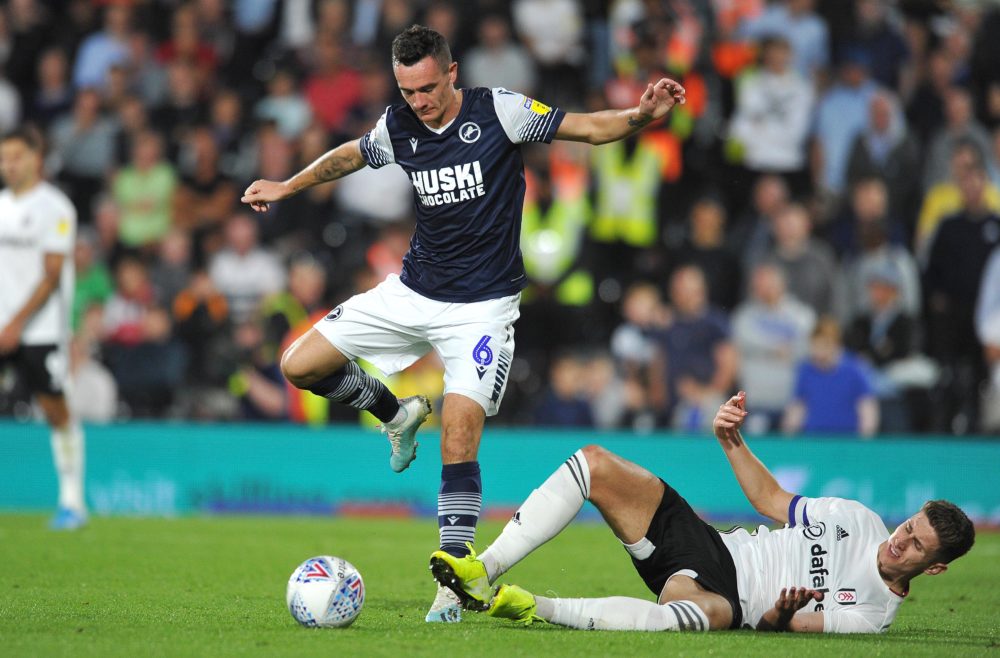 Millwall were unable to make the most of their free-kicks. One Jiri Skalak delivery looped off the head of Jake Cooper but that was about as good as it got for Neil Harris’ men.

Skalak was forced off with an injury on 39 minutes, Shane Ferguson taking his place. The Czech Republic international was helped off the Craven Cottage pitch at half-time by two members of backroom staff – depleting the wide options with Jed Wallace only just starting his three-match suspension.

Harris made another change at the start of the second half with Matt Smith replacing Shaun Williams. And Millwall had their best period of pressure – even if it lasted just five minutes.

Smith almost instantly had a chance but could not get power in his shot and Marcus Bettinelli made a comfortable save. Romeo and Tom Bradshaw had shots blocked inside the box in another attack.

But Fulham settled after that and normal service resumed. Steven Sessegnon’s shot clipped off the top of the bar.

And Millwall had no luck. Case in point? Harry Arter’s shot was going wide but deflected kindly into the path of Mitrovic, who was brought down by Bartosz Bialkowski. The Serbian – booked along with Cooper for a first-half tangle – hammered emphatically home with 56 minutes played.

Cavaleiro rounded off the scoring. Tom Cairney looped the ball over the middle of the Millwall backline and the number 19 took the ball past Bialkowski and drove in.

Millwall thought they had a consolation on 82 minutes when Bradshaw headed in Murray Wallace’s cross but the assistant’s flag was up for offside.

PHOTOS BY BRIAN TONKS AND PA