When Gary Cahill signed for Crystal Palace in the summer, many supporters sighed at the potential of a familiar tale. For many, it was a repeat of a mistake made by the Eagles in the transfer market in previous years – another ageing formerly important player for a top club who is well past their best.

Mathieu Flamini, an excellent midfielder in his prime for Arsenal and AC Milan, was signed during the summer of 2016 aged 32 but made little impact. Emmanuel Adebayor – famed for his scoring prowess at Arsenal and Manchester City – had arrived six months prior to arrest Palace’s finishing problems but managed only to add to them. He scored once in 15 games and largely played second fiddle to Connor Wickham. 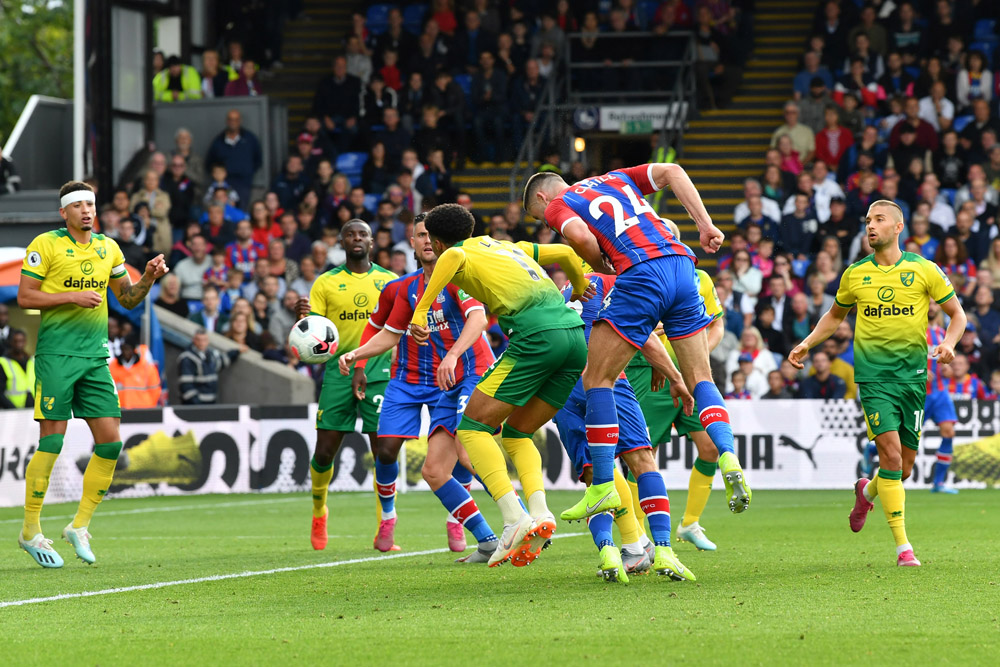 But the 33-year-old Cahill is an exception to the rule. If anyone thought the former Chelsea defender was joining Palace to play the back-up role or to pick up a final pay cheque at the end of a successful career, they have been proved very wrong.

His ability to cruise through each game was exemplified by one moment midway through the first half of this victory against Norwich City. A loose ball had drifted to the left and into Palace’s half.

With left-back Patrick van Aanholt advanced, Cahill was forced to move out of position to reach the ball but Emiliano Buendia was putting in every effort to get there first. 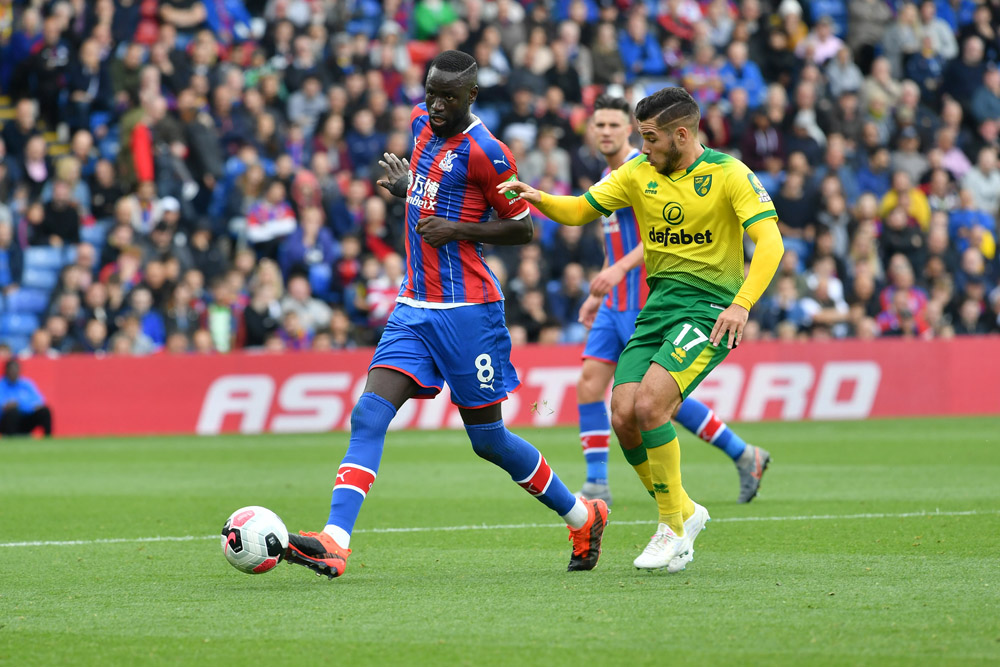 The Argentine slid across the turf to make a challenge but Cahill, who had simply jogged effortlessly, dinked the ball over the outstretched Canaries midfielder and passed to Van Aanholt to dart away on the attack. A defender with less experience would have whacked the ball into the stand or slid in with the Norwich man and risked losing possession. Not Cahill, who showed every ounce of the experience of a man who has won everything there is to win in club football.

Like Mamadou Sakho in his first few seasons at Selhurst Park, Cahill improves those around him. Martin Kelly plays better next to the former Bolton Wanderers defender than he does next to James Tomkins or Scott Dann. That is not just an example of good leadership by Cahill, but also that a player’s performance is improved and that they are more comfortable when the player they are playing next to is so good. 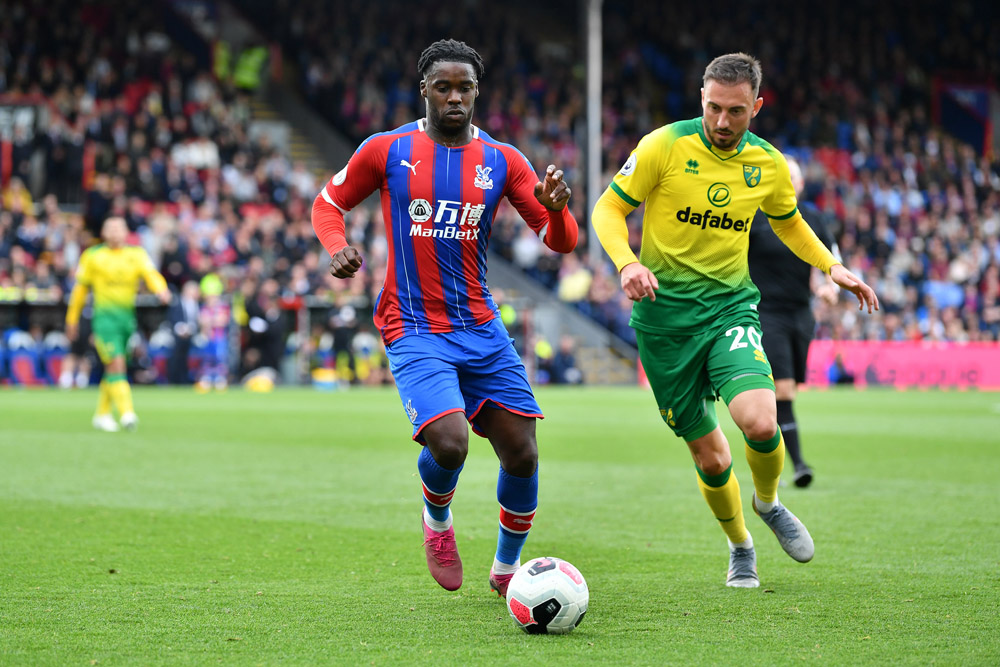 Kelly was also important in this win. The former Liverpool man blocked a goal-bound effort by Todd Cantwell when the score was still

1-0. It was during a period before half-time when the visitors were the better side.

The Eagles had led through Luka Milivojevic’s 20th successful penalty for Palace. Cahill and Kelly superbly weathered a storm that was caused by the inability of their full-backs to prevent crosses into the box. A better team than Norwich might have been ahead at half-time. 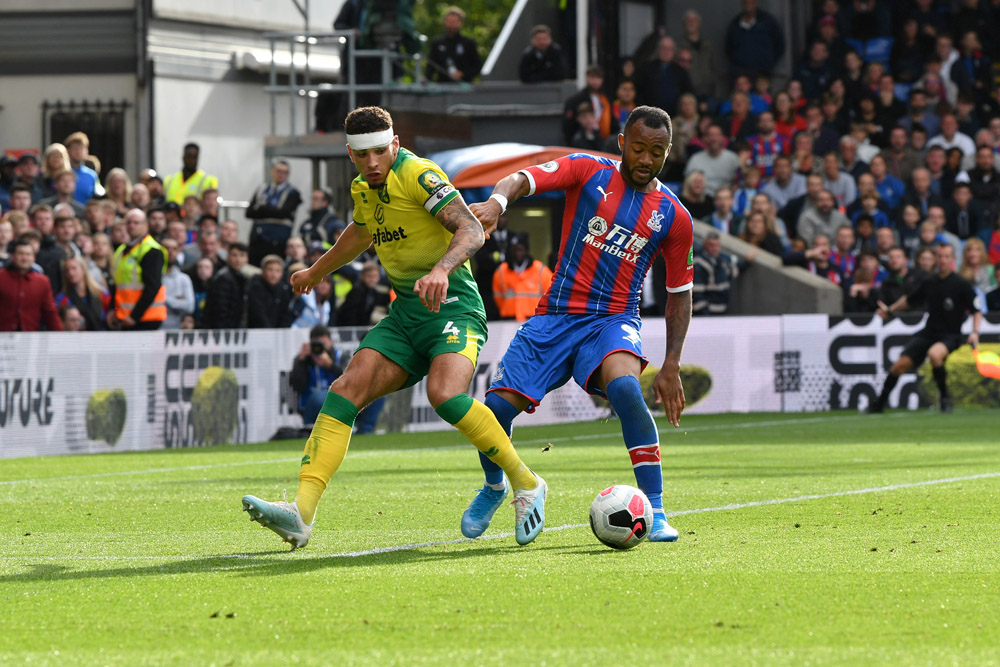 But it was Cahill who was once again the most impressive. Palace supporters bemoan the lack of creativity due to the exclusions of Max Meyer and Victor Camarasa – the latter failed to make the matchday squad for consecutive games. But who needs creative midfielders when your centre-back has such a varied range of passing that he can start every attack? 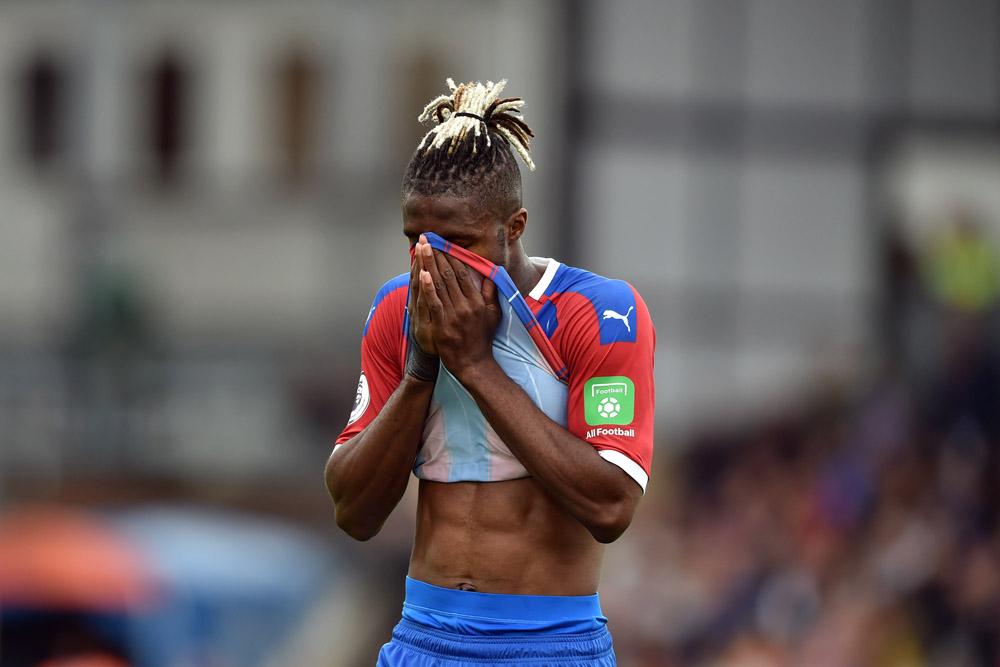 Cahill had an opportunity to double Palace’s lead when he controlled a high ball from a corner but was thwarted by Norwich’s defenders. If there is one thing that Cahill has failed to do at Palace that he has done regularly throughout his career, it is score. The centre-back has netted 29 times for club and country since he signed for Chelsea from Bolton in January 2012.

The longer this game continued and the more chances Palace missed, the more it seemed it might be a repeat of last weekend’s draw with Wolves. Then, the Eagles were made to rue missed opportunities to extend their lead when Diogo Jota equalised five minutes into added-time. 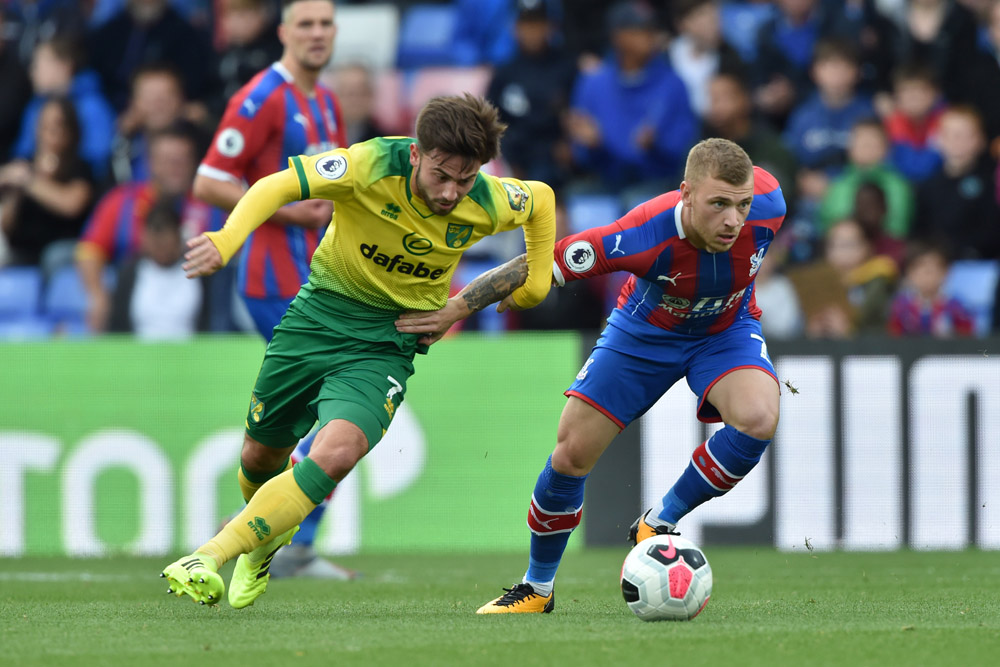 But Cahill and goalkeeper Guaita refused to let that happen. If those two stay fit, there is little chance of Palace going down this season. 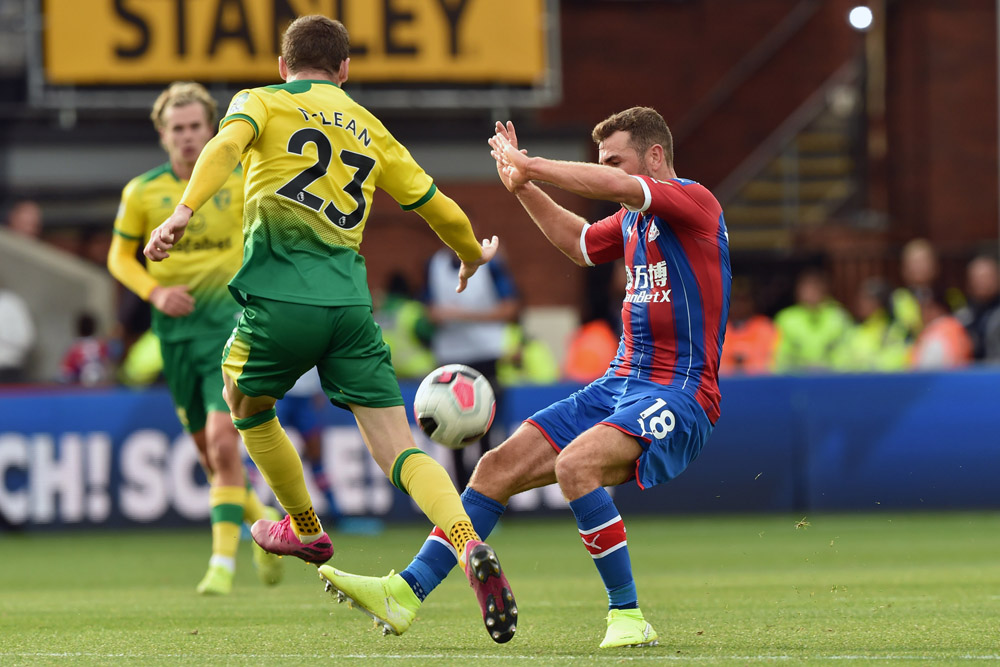 Their defensive excellence allowed the forwards to flourish late on. Zaha did so well to hold off Amadou on the left, the Ivorian drifted inside and passed to Andros Townsend, who had been introduced as a substitute on 70 minutes. Townsend took three touches before steering the ball into the bottom corner. 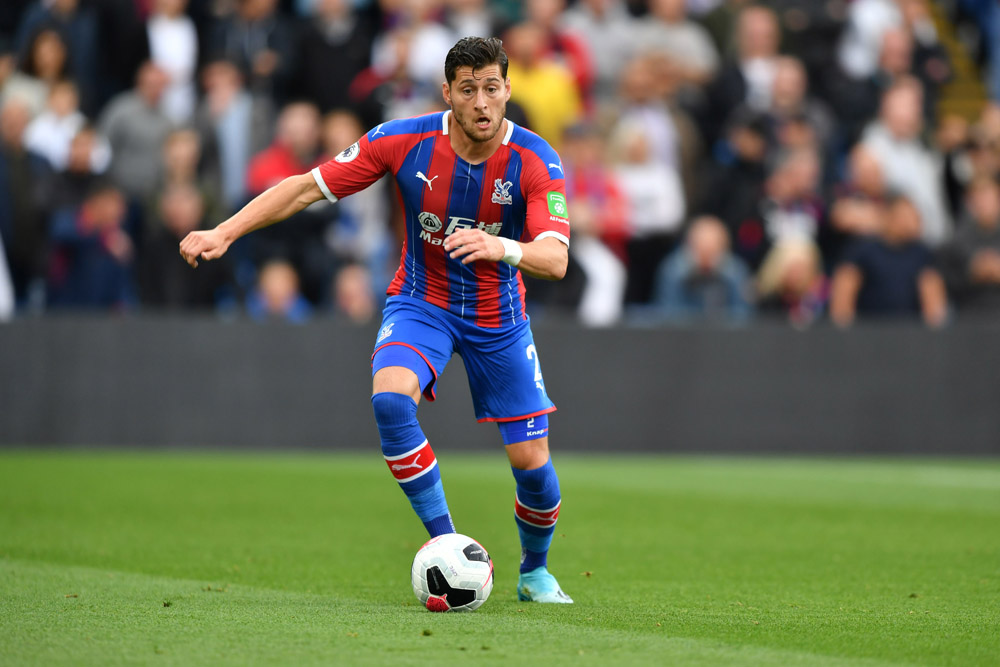 Palace last lost at home on April 14. That defeat was against Manchester City who are up next at Selhurst Park. The Eagles have looked comfortable in most of their home games this season – and much of that has been down to the impact of Cahill.