Crystal Palace are in the Champions League places after an excellent August. Here SAM SMITH picks out five talking points from the opening month of the Premier League season. 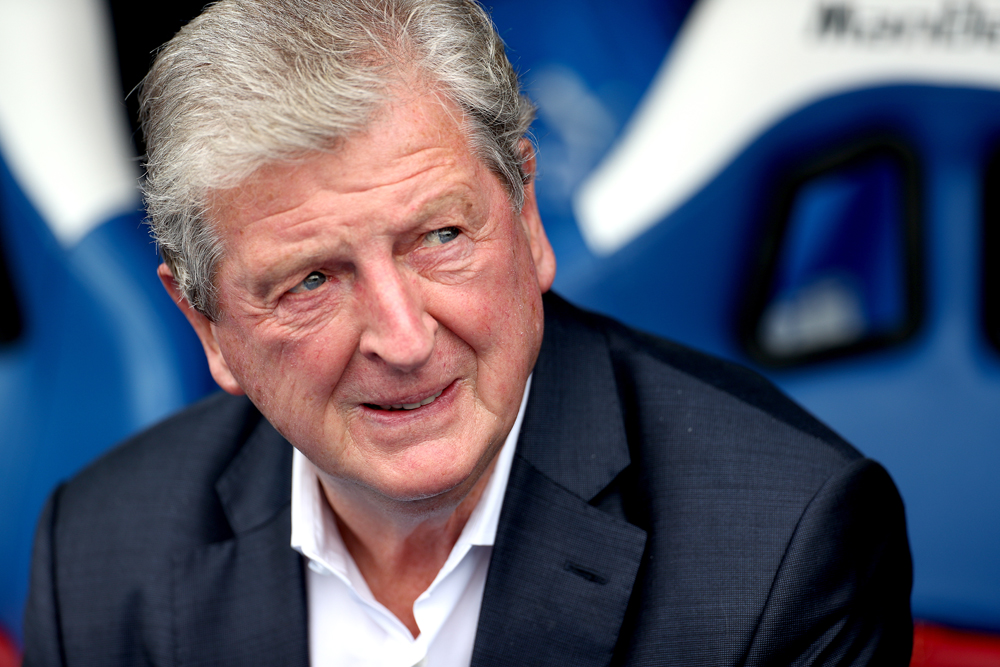 Roy Hodgson has used the 4-4-2 formation the most during his two-year tenure, but after a lacklustre and tepid performance in the 1-0 defeat by Sheffield United, the 72-year-old switched to a 4-3-3 and has since won maximum points with the more fluid shape.

4-4-2. Wilfried Zaha is at his best when playing wide and Luka Milivojevic and James McArthur have both benefitted from having the extra protection of Cheikhou Kouyate alongside them in midfield.

The Eagles are far more potent when in a 4-3-3 formation – as evidenced by three goals in two Premier League games, as opposed to no goals in the opening two games when deployed in a 4-4-2. 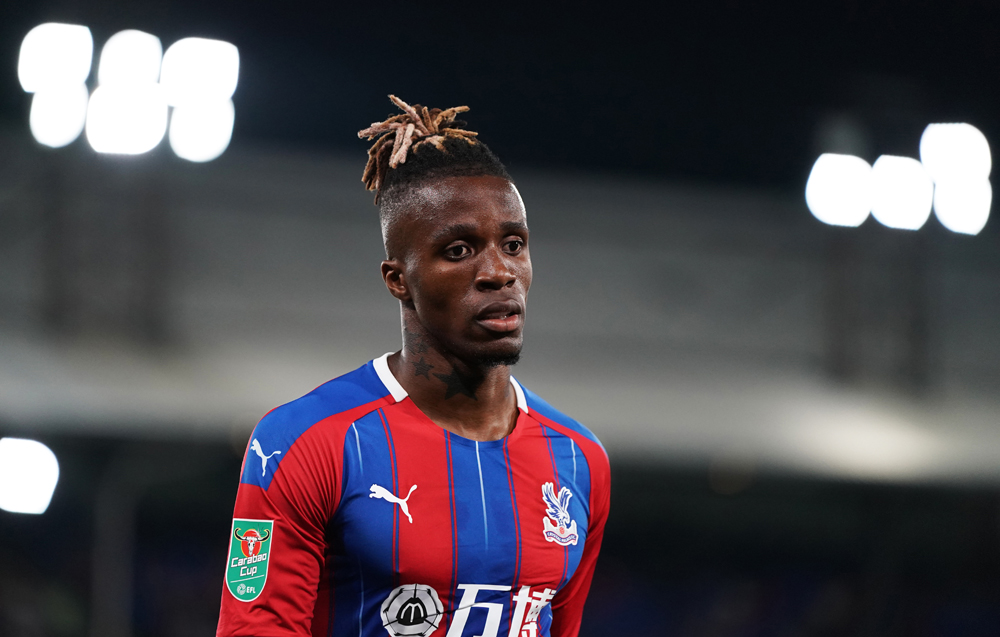 Zaha is yet to hit top form after summer saga

Wilfried Zaha has had a stuttering start to the new season.

Against Everton he played the final 20 minutes and had little effect on the game, he then made his first start of the campaign a week later and was fairly anonymous as Palace fell to defeat against Sheffield United.

Against both Manchester United and Aston Villa, there were several better individual Palace performances than Zaha’s.

The 26-year-old already had two goals by this point last season -against Fulham and Huddersfield Town in match-winning performances.

It is unclear whether his eventful summer has influenced his start to the season. However, it could merely be a coincidence that Zaha is yet to hit top form and the best is yet to come. 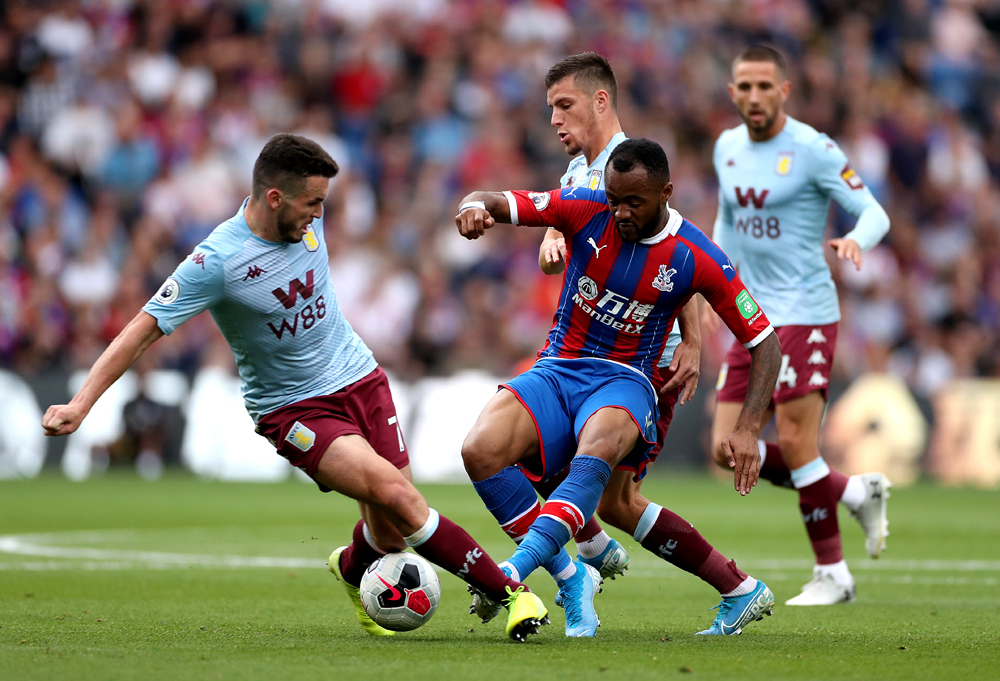 The Ghanaian has had a good start to the season but he is not the answer to Palace’s scoring problems.

Ayew has already doubled his league tally of a solitary goal from last season and his performances have been vastly improved on his maiden campaign at Selhurst Park, in which he was on loan from Swansea City. But the 27-year-old, who signed on a permanent deal worth around £2.5 million this summer, is only a short-term fix.

His most prolific Premier League campaigns saw him amass just seven goals each in 2015-16 for Aston Villa and in 2017-18 for Swansea. Palace need a striker who hits double figures for goals each season.

Despite being another beneficiary of the switch to a 4-3-3, this could just be a case of a good run of form. 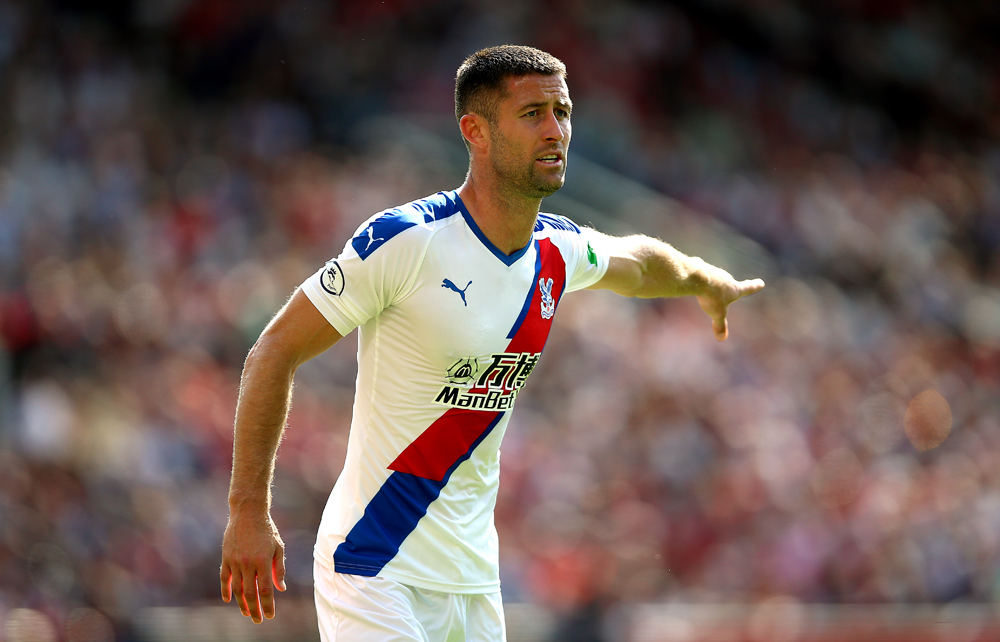 Gary Cahill’s arrival on a free transfer after his release by Chelsea was met by scepticism. It seemed another deal akin to those of Mathieu Flamini and Emmanuel Adebayor where the Eagles drafted in an ageing former elite player who fails to make an impact.

But the 33-year-old has been Palace’s best summer signing. His leadership and constant communication with his defensive companions led to Villa barely troubling the Eagles at Selhurst Park.

His experience has also helped him to shut up Villa’ striker Wesley and also Manhester United’s Anthony Martial.

However, Palace have a problem when James Tomkins returns following a groin operation. Cahill’s countryman has formed an excellent relationship with Mamadou Sakho over the last two seasons but the former England international is set to split that up.

Sakho being left-footed means it is likely he will start to provide balance to the centre-back pairing, which leaves Hodgson having to decide between the in-form Cahill or the proven relationship of the Frenchman and Tomkins. It is unlikely that the Palace boss will opt for a back three. 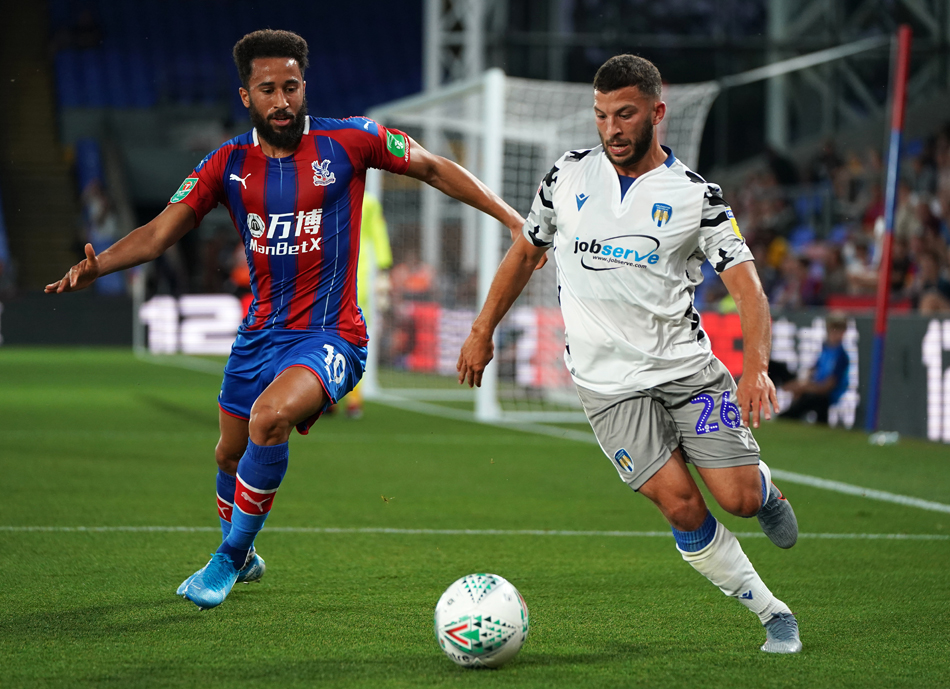 Townsend on the periphery

Andros Townsend played in each of Palace’s Premier League fixtures last season and was a key player on the right of the midfield four.

But a dip in form at the start of this campaign, coupled with Jeffrey Schlupp’s consistency, has seen the former Tottenham Hotspur man relegated to the substitute bench.

Townsend’s preferred position is on the right and the switch to a 4-3-3 has seen Zaha take on that role. Schlupp has occupied the left – his speed, energy and better defensive awareness make him a more obvious option for that role than Townsend, who prefers to cut inside and shoot.

The Palace number 10 might need to bide his time before he wins back his regular starting berth.