Shkelqim Sadiku admits even being on the bench for Kosovo’s UEFA European U21 Championship qualifier against England next week would be a bonus – but the Tooting & Mitcham youngster is relishing the chance of facing the Premier League’s elite young strikers.

The 19-year-old centre-back – born and bred in London – had an unsuccessful trial at Southend and has never been on the books of a professional club.

Yet on Monday night he could line up against Arsenal duo Eddie Nketiah and Reiss Nelson, Manchester United’s Mason Greenwood or Liverpool’s Rhian Brewster at Hull’s KCOM Stadium.
Sadiku’s parents fled Kosovo before he was born.

“When the war started between Yugoslavia and Kosovo they had to find a way to another country for the sake of my brother and sister,” said Sadiku, whose nickname is Sketch.

“It was dangerous at that time. There was a lot of heat due to the situation then in terms of border control. Luckily my dad has some friends in London who helped them to get out. 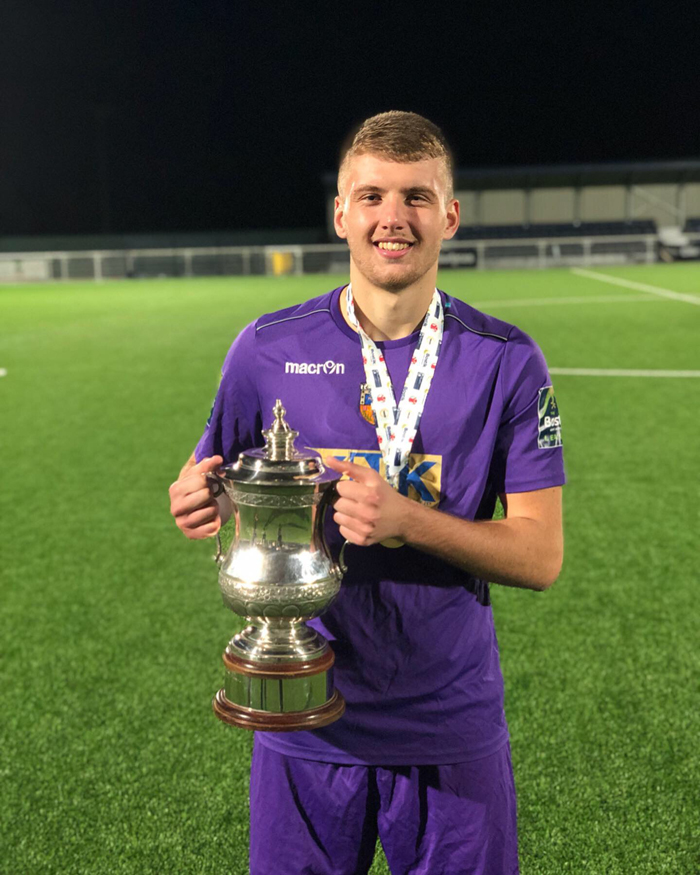 “My dad came to London with one pound and now he is a successful business owner with two car-washes, which I know is a bit of a stereotype. We are just moving the family forward together.

“My dad is doing what he can to help me realise my football dreams. That hard work is beginning to pay off.

“It is a big thing to play for your country. I have to remain humble.

“A couple of years ago no-one would believe I could be representing them on a big stage. I’m the only non-league player, the only one here without a professional contract.”

Sidiku, based in Brentwood, had a spell with Hayes & Yeading – where his eligibility for Kosovo first cropped up in a newspaper article.

“The manager introduced himself to me and we took it from there,” said the defender.

“Tooting record all their matches so I have clips that I send to them. We played Crystal Palace and Charlton in pre-season, so they looked at those.

“Tooting & Mitcham feels like my first real home, I joined halfway through last season. Before that I haven’t felt youth is always trusted at the clubs I have been at.”

While Sidiku is still a long way from his end goal, some of the young Three Lions players are already on huge contracts that – if managed correctly – could set them up for life.

“I’d be happy to sit on the bench on Monday – that would be enough for me,” said Sidiku.

“I was shocked when I got the call up. 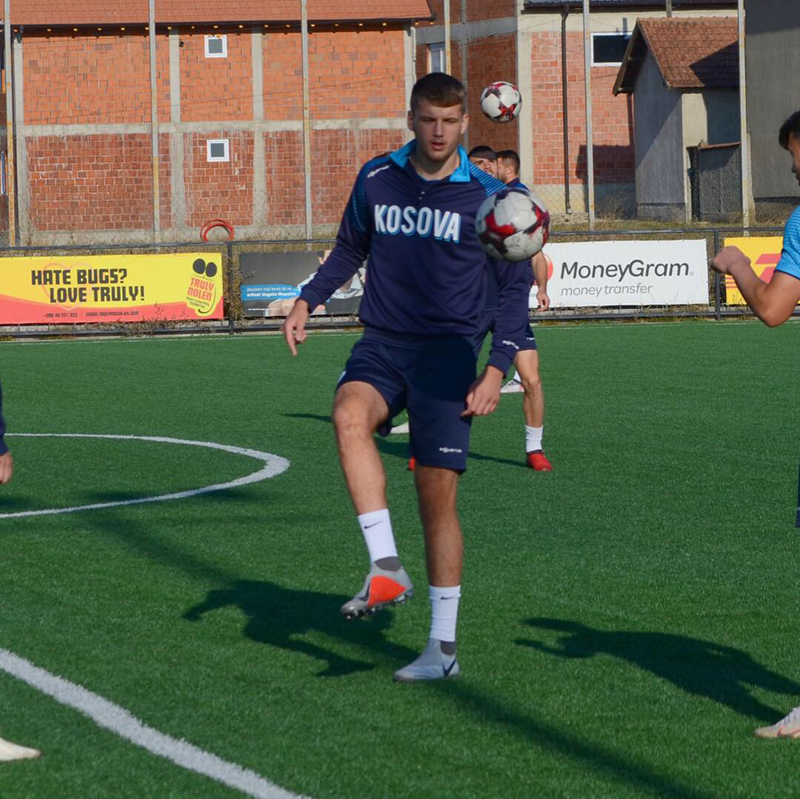 “This is a big, big stage and I’m at Tooting & Mitcham. That’s no disrespect to Tooting, but I’m sure they had other centre-backs at bigger clubs.

“This is something that can make me or break me.

“It’s funny. I am born and raised in England and then I go away [with Kosovo] to come back and play against them!

“You’ve got to try and leave one on a couple of challenges, make it a physical game – I’m sure they won’t like that.

“Eddie Nketiah is ripping it up at Leeds. You’ve got people like Reiss Nelson and Joe Willock [who has withdrawn due to injury] at Arsenal. Big players on big money and big contracts. I’ll just see what I can do.

“Financially I am okay as I have a supportive family.

“It’s vital for me to get as much exposure as I can from this call-up. Social media can change lives – I’m trying to use that to my advantage.

“I’m the hardest worker there is. When I’m not at Tooting I’m doing two or three sessions a day.

“It’s about proving my worth and getting my opportunities. Mentally I’m strong. I’ve always kept believing and striving for it.

“I’m not going to give up. A lot of people have written me off until now, but now they are trying to become my friend because they can see stuff is working for me.

“I don’t care about money. I just want a pro contract and to show what I can do.”