Tom Lockyer is enjoying every minute of Championship life – and admits his dad Steve helped him make the decision to join Charlton Athletic this summer.

The 24-year-old centre-back has not missed a second of what has been an excellent start to the Addicks’ league campaign.

Lockyer played 284 matches for Bristol Rovers, who he joined following his release by hometown club Cardiff City in 2011.

There was a dilemma in the summer as he chose to move as a free agent – join a League One club gunning for promotion or switch to a Championship side not expected to be challenging for honours?

Lockyer chose Charlton. And, at least so far, it has not been a struggle. They go into tomorrow’s match at Reading with only Leeds and Swansea above them in the table.

“My last season at Bristol Rovers, we were in a relegation battle,” said Lockyer. “I’ve been relegated before and nobody likes to be in those teams. It’s horrible – every week is a battle and a grind.

“But on the flipside I’ve been promoted a few times. They are the really enjoyable ones you remember. 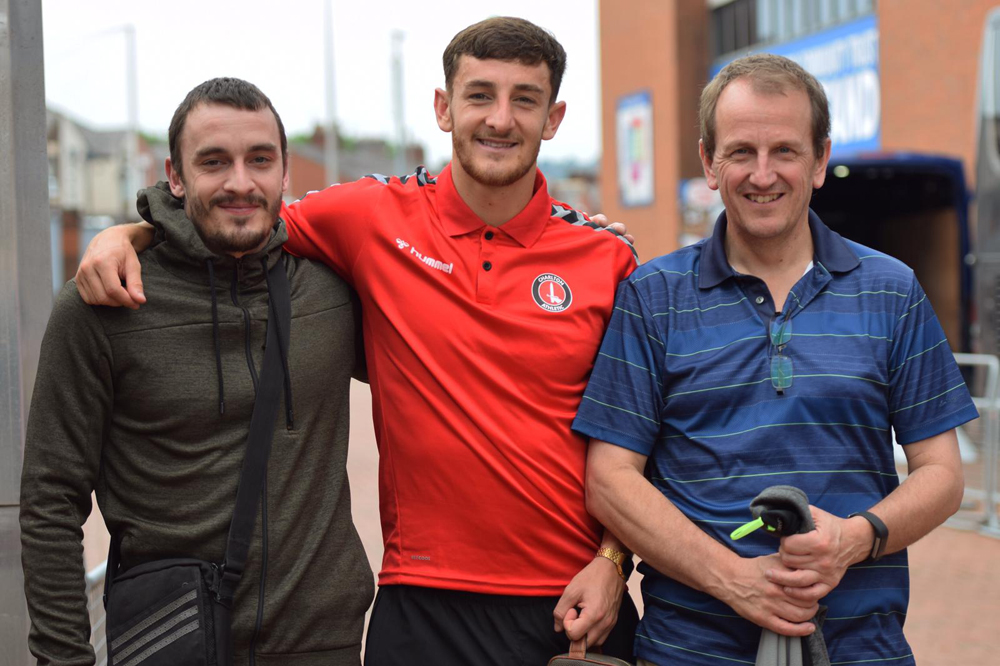 “I did have a few options. I was getting told ‘come here and you’ll be playing Championship in 12 months time’. There were a few others who said: ‘You will come here and play but we’re looking to consolidate or what not’.

“It was just sitting down with my old man to see what was going to be best for my career and then making a decision.

“He’s a ledge. He knows everything – I don’t know how. He’s very level-headed and speaks sense. I like to include him in all my decisions, life decisions really.

“Playing in the Champ was the main attraction – I wanted to be playing week in and week out – trying to establish myself as an integral member of the first team.

“When I spoke to Bows [Lee Bowyer] in the summer that was one of the key selling points. I believed in what he was telling me and what he believed could happen this season. I still have massive faith in everything he said.

“A lot has been made over the summer about our budget being one of the lowest. It is widely documented that we were one of the favourites to go down. So when people see us up there, I think they will be a bit surprised.

“But we’re not getting carried away, we know it is a long old season. It will be a rollercoaster. It’s just a good start at the moment. You just have to keep going.”

There are so many tales of players being rejected at youth level and bouncing back. 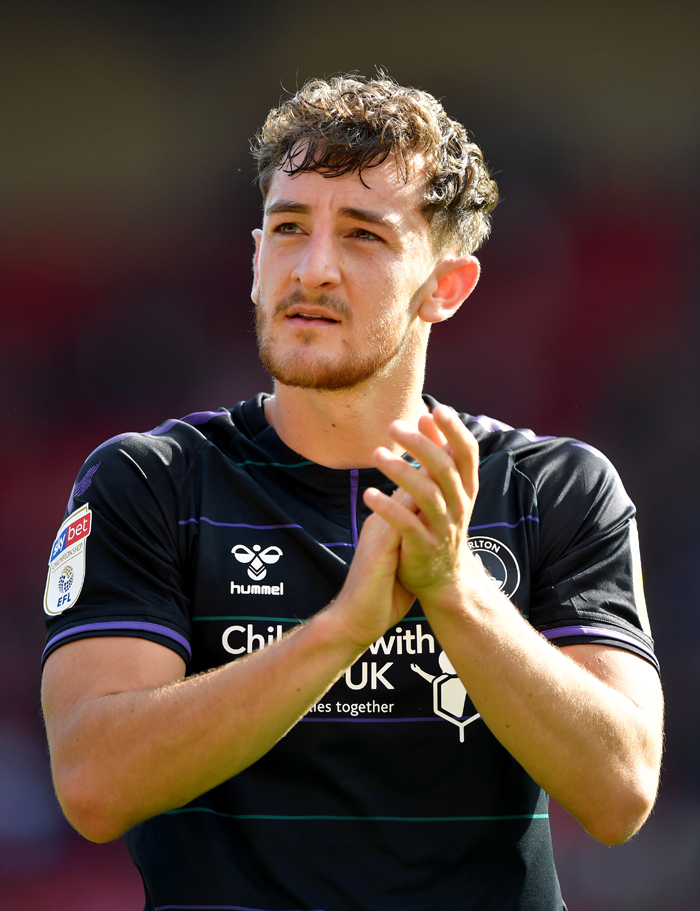 Lockyer is another example of that after rejection by Cardiff as a teenager.

“I used to have a season ticket there with all my mates,” he said. “I was there from 10 or 11, up until scholarship age.

“I was playing right-back and one of the centre-halves got injured. I filled in for him and just started doing really well. When he came back I kept him out of the team – so I was a centre-back for a good six months before the scholarship decision.

“I grew quite late. They said I wasn’t strong enough.

“I look back now and we had an unbelievable team back then. Geraint Twose had seen age groups that included Aaron Ramsey and Chris Gunter, people like that come through. He said: ‘Hands down – you are the best age group I’ve ever seen’.

“It was a blessing at the time, because out of the boys who did stay it is only Declan John who has made a career out of it. The rest have fizzled away and, I’ll be honest, a lot of those players were better than me at that time.

“Getting released was the best thing for me.”

Lockyer is not the tallest of centre-backs, but reckons the measurements on the web are wrong which list him as five-foot 11-inches tall.

“I know it’s only an inch – but it all counts at centre-half!

“A lot of teams, and again in the summer, there are people saying: ‘I really like you – but you aren’t six foot two’. I’m thinking ‘there is nothing I can do about that but I’ll prove you wrong’.

“I look at James Chester [1.77m] in the Wales set-up and he’s probably one of the best defenders I have seen. Ashley Williams, I’m the same height.

“You’re here to play football – it’s not head-ball. The Championship suits me that way, where League One is probably a bit more direct.

“You saw Brentford at the weekend, they didn’t really lump it forward at all.”

And Lockyer can defend, he has already shown that on numerous occasions for Charlton.

But nearly all of the Addicks side had to knuckle down when Brentford laid siege in SE7 last weekend.

“They were the best team we have played this season,” said Lockyer. “It was a tough game and they had us camped in.

“You saw a different side of Charlton on Saturday. We want the pretty free-flowing football – we all enjoy that – but when you have got a good side like Brentford stopping that then you have to show the resilient side. That’s what we did.

“There was a clip going around showing one of the last minutes of the game and we just keep throwing bodies in front of the ball to stop it going in.

“I’ve played in teams before where that wouldn’t happen. There would only be one or two who would die for the cause. But here everyone is willing to do that.”

Lockyer had talked about going “stale” at Bristol Rovers but emphasises that he does not want to show any disrespect to his old club. He played in the Conference, League Two and League One for the Gas.

“I loved the club and knew it inside out,” said Lockyer. “But there become times where it is almost a bit repetitive, you know exactly what is going to happen, and a fresh start is good.

“You get that extra five or 10 per cent out of going into a new environment.

“I’d played against a lot of the [Charlton] boys before. Coming in alongside them now you think ‘he was an annoying b****** to play against’. Can I get the respect on the same team now? That’s not always easy.

“Then there is ‘oh he is coming in but he has never played the Championship before – how will he cope?’ There are all these things and you’re just trying to prove people wrong or prove people right.

“That’s a bit of motivation as well.”

So who did he use to clash with who is now a team-mate?

“Just Pearcey [Jason Pearce], when we marked each other at corners.

“He’s a great guy and been fantastic when I came in.

“But when you play against him then he is very hands on and gets physical.

“I remember a few of our strikers saying ‘f****** hell, he’s annoying’. It’s good. If you are leaving that thought in peoples’ heads then the next time you go and play against them they are thinking ‘f***** hell, not this guy again’.”

Premier League is the only level that Lockyer has not played at in England’s top five divisions.

Time is on his side to tick that off the checklist.

“Don’t get me wrong, I have thought about it,” said Lockyer, capped five times by Wales.

“That is the next step. But I’m not getting carried away – I’ve had five games in the Championship. I know I’ve got a long way to go to prove myself at this level before I start thinking about that.”