Millwall prospect Lewis White feels he is back up to full speed after losing nine months to injury.

The 19-year-old made the Lions’ first-team bench for their 3-1 EFL Cup defeat to Fulham last month.

White recently scored the winner for the South Londoners in their Professional Development League South 1-0 win over Charlton.

The teenager spent nine months on the sidelines after tearing a tendon in his hamstring in December.

“Initially I was supposed to be out five or six months,” explained White. “I was doing my rehab in February and March and the stitches they put together came apart – so they had to re-operate on the tendon again. 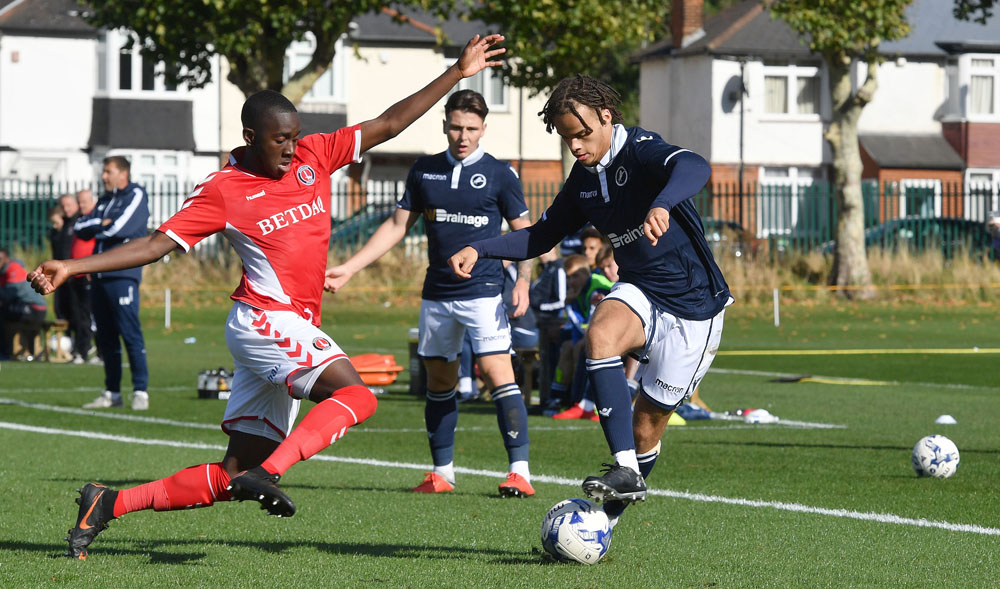 “I was initially meant to be fit again in April but things didn’t go to plan in March. I needed more surgery. I started pre-season early to get fit and my first game back was the U23’s second match – since then I have played 25, 45, 60 and 75 minutes before I did the full 90 against Charlton.

“I feel good and sharp. I feel I just need to keep plugging away and hopefully I’ll get a chance [to play for the first team].”

White was an unused substitute against Fulham. But that didn’t stop it being a memorable moment.

“It was a great experience,” he said. “I’m used to sitting in the stands. I went out for the warm-up and the atmosphere was very nice, even though it was not a sell-out. It was different to what I’m used to in the U23s – the level of competitiveness was a lot higher and the quality of how we prepare for the game.”

Lewisham-born White was spotted by Millwall when he played against them for Lewisham District Primary Schools Football.

He grew up around Forest Hill, Catford and Sydenham as well as turning out for Sunday league side Hillyfielders FC. Former Tottenham right-back Anton Walkes, now at Portsmouth, was a couple of age groups higher. 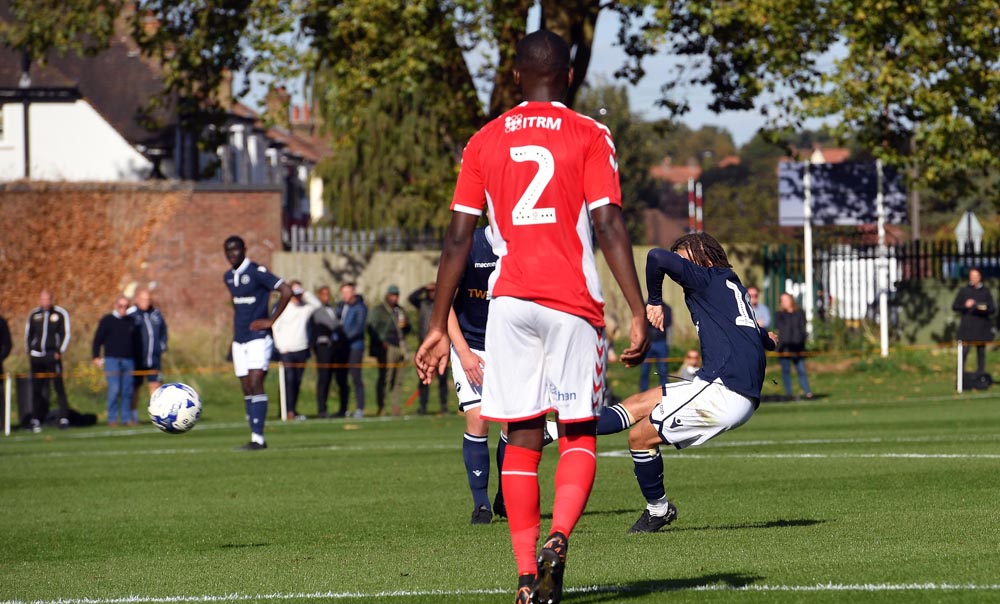 “I was playing year six,” recalled the youngster. “It was a friendly game and I think we played them [Millwall] twice, the second time it was at the dome over by The Den. They asked me to come back and train. After a week or two they asked me to sign.

“Maybe at the time, because I was a little bit younger, the pressure [to get a deal] was not as much. If I’d been a bit older I think I probably would’ve felt it a lot more. It was more about fun then and just getting on with it – playing how I wanted to play. I feel my development has come on quite well. It is about learning the system and what it takes to be a Millwall player.”

White only qualifies internationally to play for England. Getting senior game time at Millwall has become tougher since the club’s ascension to the Championship – meaning even the likes of Ben Thompson and Fred Onyedinma have had to go out on loan to gain more minutes.

He would be happy to do the same.

“The only thing it can be is beneficial,” said White. “With league football you have got players who are fighting for their livelihoods. Playing with men is probably the best thing to be doing, especially in January.

White’s team as a kid was Arsenal. He lists Thierry Henry as an idol along with Brazilian superstar Ronaldinho. White has ambitions to reach the top.

“I would like to think the Premier League but even the league we are in right now is a very, very high standard,” said White. “If I was to fall short then playing in the Championship wouldn’t be the end of the world. There is a lot more money going into the Championship now, you see players getting bought for £15million or £20m. The Championship is growing to become a great standard.”

The majority of Millwall fans will not have seen White play. So how does he describe his playing style?

“I like to get on the ball and take players on. I like to use my pace to get the better of opponents and get my shots off early. I’d say that I work hard and can play either in a front two or out wide.

“The manager [Neil Harris] has spoken to me and said he sees me either playing on the left or up front. I know how to find the net, for certain.”