Two men who targeted a vulnerable pensioner in a “calculated and predatory” fraud have been jailed after a determined four-year police inquiry which probed cash dealings almost 17 years ago.

The pair were behind a complex conspiracy in which they groomed the victim to take over his £1million home in Brookwood Road, Southfields, for a 25th of its value – and eventually defraud him of more than £1.1 million.

A woman family member only discovered the scam after her Christmas card to the pensioner was returned to her and she was shocked to discover he had died without her knowledge, that someone she had never heard of had arranged his funeral – and was now the owner of his house.

John Paul O’Connor, 37, of Knatts Valley Road, Kent and Tony Casey, 34, of Barnet Road, Hertfordshire, pleaded guilty to conspiracy to defraud part way through their trial and were sentenced on Friday, 7 February at Kingston Crown Court to eight years imprisonment each.

Police were investigating Casey for an unrelated matter and examined his bank accounts in late 2015.

A financial investigator noticed he had recently opened a new account and an unexplained cheque for £3,600 had been paid in.

In May 2016, DC Siobhan Cowlin went to Brookwood Road, Wandsworth, and was told by a neighbour he had died approximately six-weeks earlier.

DC Cowlin then began to untangle a complex web of contact between the elderly man and O’Connor and Casey that spanned more than 12 years.

The victim is believed to have first met the men when he had building work done. Casey would take him to the bank and there would be unexplained large withdrawals in 2003 of between £2,500 and £5,000. A total of £32,500 was taken out. 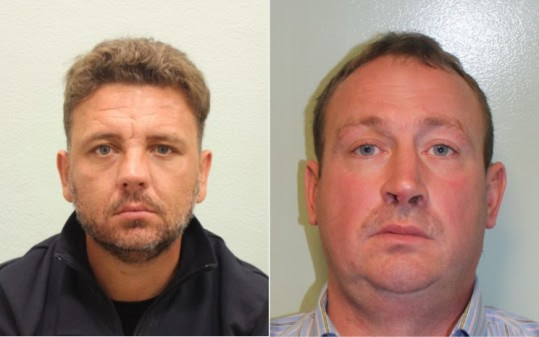 Police discovered the house had been up for sale for £949,000 since June 2015 with a sitting tenant.

After the victim died, Casey posed as the victim’s nephew or grandson to deal with probate, to take control of his assets.

He instructed the victim’s solicitor to sell the Brookwood Road house and revoke a lease-for-life agreed with the victim as a sitting tenant.

In January 2017, a female relative contacted police after sending the victim a Christmas card that was returned to her and discovering his house was for sale.

She was shocked to discover the victim had died without her knowledge and that someone she had never heard of had arranged his funeral and was now the owner of his house.

Casey was interviewed at Sutton Police Station in September 2017 but when asked to prove he was the grandson or nephew of the victim, he refused and left.

DC Cowlin and her police colleagues continued to investigate and Casey was charged with fraud by false representation in August 2018.

O’Connor, whose support was integral to the complex fraud, was charged with the same offence in January 2019.

DC Cowlin said: “This was a truly horrible, calculated and predatory fraud investigation in which two men groomed and took full advantage of a vulnerable elderly man.

“Had it not been for a family member contacting the police, then Casey and O’Connor might very well have got away with this crime.

“Although this investigation has taken years to complete, it was so worth it to see these two men behind bars.

“It would not have been possible to have secured this sentence without the continued dedication and hard work of the Met’s Financial Investigators who supported me throughout.”