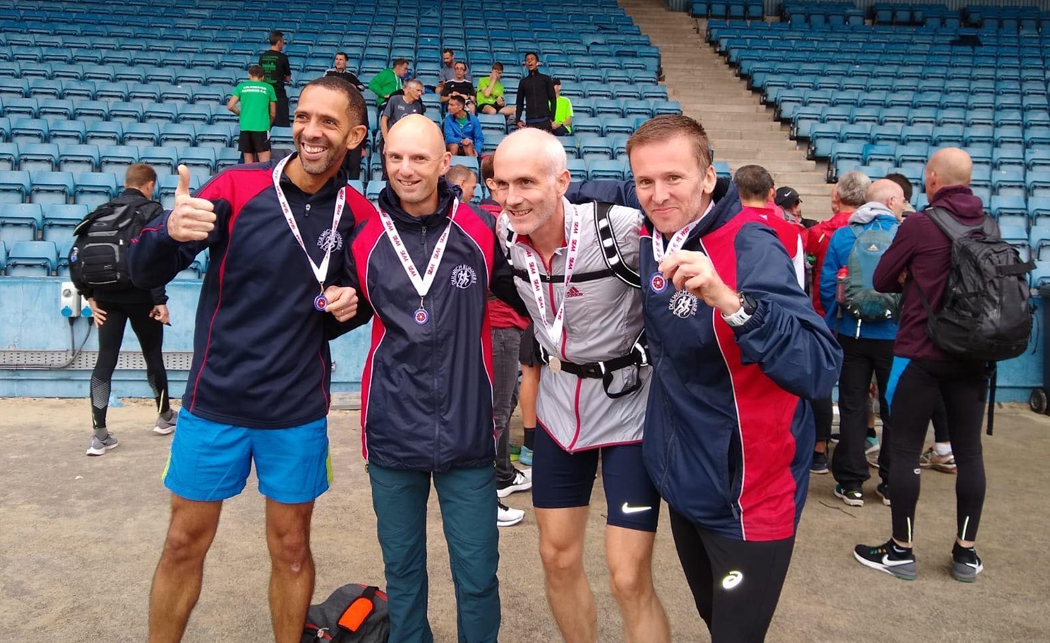 Buzz Shephard finished the first leg in front but despite some express pace from Daniel Mann, Tom South and Andy Bond, Kent AC just had a little too much speed on the day.

Dulwich fielded three teams in the senior women’s race. The A team finished 25th out of 55 teams with excellent runs from Kim Hainsworth, Alice Williams, Roz Johnson and Elkie Mace. Emma Kelly enjoyed her first race for the club and Yvette Dore demonstrated good form to suggest that her first sub-20 5k is not far away.