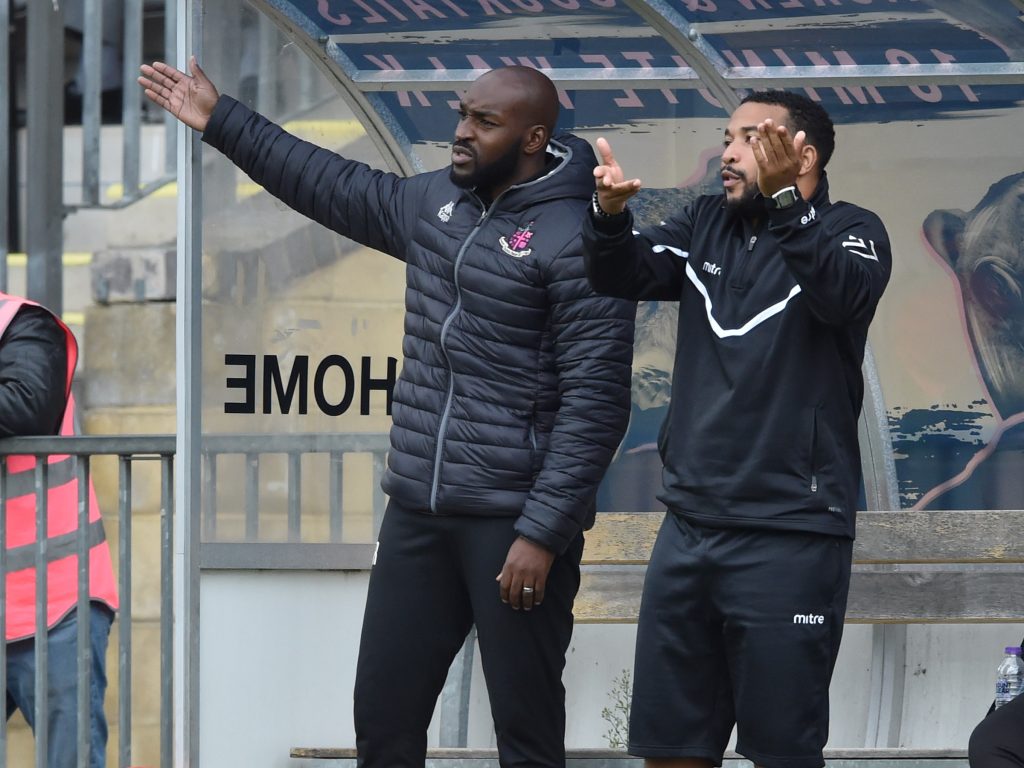 Gavin Rose believes there are not any major stumbling blocks to Reise Allassani signing a contract with Dulwich Hamlet – but is in no rush to secure the former Crystal Palace youngster.

The former England under-17 international is working his way back to full match sharpness after a lengthy period out with a knee injury.

Allassani, 21, was on the verge of signing for Sheffield Wednesday after his release by the Eagles in the summer of 2016 only to suffer the major setback.

He has scored four goals in six appearances since making his first-team bow for Hamlet in mid-October.

And Rose would not stand in the way of the youngster moving on even if he was secured on a deal at the Bostik League Premier Division leaders.

“He isn’t on a contract at the moment but I don’t think it would be an issue,” said Rose. “He knows we have sold players and we have even let them go for nothing – in the case of Erhun Oztumer. Ethan [Pinnock] went for a small fee.

“Reise has got a lot of trust in us and vice-versa. We know that the destiny of Reise when injury-free is to be a lot higher because he has a lot of good quality. But right now he’s getting his match fitness and grounding in place to push on in the longer run.

“We just want to make him feel comfortable at the moment. He likes the environment and he respects his team-mates. He went through a tough period and we want him to enjoy his football.

“If it gets to the point we want to keep him here longer term then we will talk to him. We don’t want to put too much on him.

“He has turned down two opportunities to go on trial at Football League clubs because he just didn’t feel it was the right thing to do at this moment in time.

“Reise understands where he wants to get to and that it is not just jumping at any opportunity, because it doesn’t always work out well that way.”

Dulwich are flying at the moment and were easy winners over Greenwich Borough on Tuesday. Muhammadu Faal netted twice with Nana Boakye-Yiadom and Gavin Tomlin also on target in a 4-1 victory in the Velocity Cup.

Tomlin is back from a knee injury which kept him out for nine weeks and other key first-teamers just back in the fold are Nathan Green and Anthony Acheampong, who were missing with a dislocated shoulder and major hamstring injury respectively.

“None of those three are really ready to start every week,” explained Rose. “Maybe Nathan is a bit stronger than the other two.

“Because the squad is doing so well we don’t have to rush them back. We can give them minutes without the risk of a recurring injury.

“I thought especially in the first-half against Greenwich we dominated the game. We played some really good football and created plenty of chances. We scored some decent goals.

“Greenwich came back into it in the second half to make it a bit more difficult for us but we were the team in control. Their goal was a bit contentious.”

Dulwich are three points clear at the summit but third-placed Billericay have four matches in hand and can overhaul the South Londoners.

“I’m probably a bit more conscious of ourselves than Billericay,” said Rose. “We’re aiming to get as many positive results as we can and see where it takes us. Looking at rivals doesn’t make any sense for us.”

“I don’t look at the league table because at our level you are not guaranteed the points just based off the position a club is in,” said Rose. “First and foremost we have to earn the right to play.”