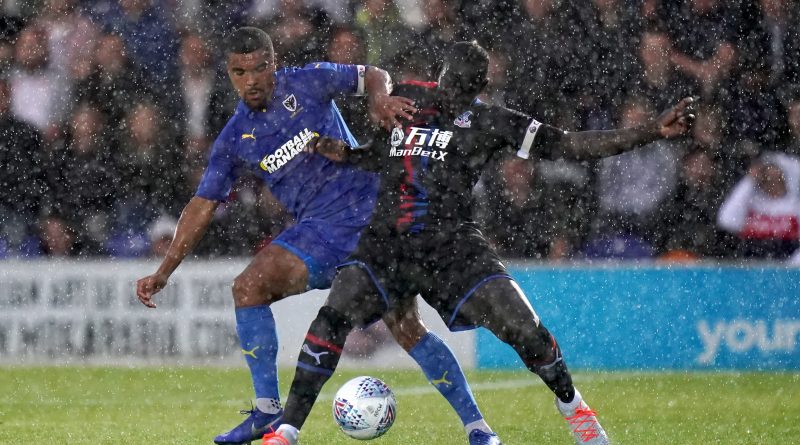 AFC Wimbledon and Crystal Palace played out an entertaining encounter which ended all-square on a grey night in south-west London, with the Dons gearing up for the new season’s big kick-off on Saturday.

Palace twice took the lead through Brandon Pierrick’s brace, but the Dons replied initially through Finlay Macnab and then late on via Tommy Wood.

The hosts – lining up with a mix of senior and youth players – had the better chances in an entertaining opening period. Kwesi Appiah saw a fierce drive from range tipped over by Stephen Henderson before the lively Paul Osew forced Henderson into a fine diving save.

But Palace were tidy in possession and creating chances of their own and took the lead on the half-hour mark. Youngster Pierrick pounced on the loose ball pinging around in the Dons area to sweep home after good work from senior frontman Connor Wickham.

The Dons responded well, with half chances from Mitch Pinnock and Jack Rudoni but ultimately went in trailing at the break.

Both teams picked up where they left off prior to the break, with another thoroughly entertaining 45 minutes.

Appiah spurned a golden chance from close range to equalise within 45 seconds of the restart, before Palace went close with Luke Dreher’s smart curling effort drawing the best from Nik Tzanev.

The hosts began to turn the screw and looked more dangerous as the half wore on, and they were deservedly level through youngster Macnab, as he headed home a sweetly delivered corner from close-range.

But parity didn’t last long – Palace’s Pierrick grabbed his second of the game minutes later with a smart low drive from the edge of the area to cap a promising display. Palace had chances to extend their lead but were ultimately left to rue their missed chances in injury time.

Substitute Wood, who had earlier struck a post for the hosts, bundled home from a corner in the game’s final action of note to secure Wimbledon’s fightback.

Pictured: Wimbledon’s Kwesi Appiah, (left) battles for possession of the ball with Crystal Palace’s Mamadou Sakho during the pre-season friendly match at Kingsmeadow.