Adam Roscrow is determined to repay the faith of AFC Wimbledon boss Wally Downes – and also prove a point to critics of the Welsh Premier League.

Roscrow scored 15 goals in 23 matches for Cardiff Metropolitan University last season as they qualified for the Europa League.

“Wally spoke about having a trial period but luckily for me that hasn’t happened,” said the Wimbledon new boy. “I’ve signed and gone straight in there.

“I have got to repay the club and the faith they have shown – especially because the Welsh Premier League gets a lot of stick. They call it a Mickey Mouse League just because it is in Wales. But it is not a bad standard at all.

“There are some really good players in there and in the last few years there have always been one or two who have made the move to England.

“Macauley Southam went to Fleetwood in January [from Barry Town]. Connell Rawlinson joined Port Vale [from The New Saints] and Christian Doidge [who started at Carmarthen] had been at Forest Green [recently signing for Hibernian]. 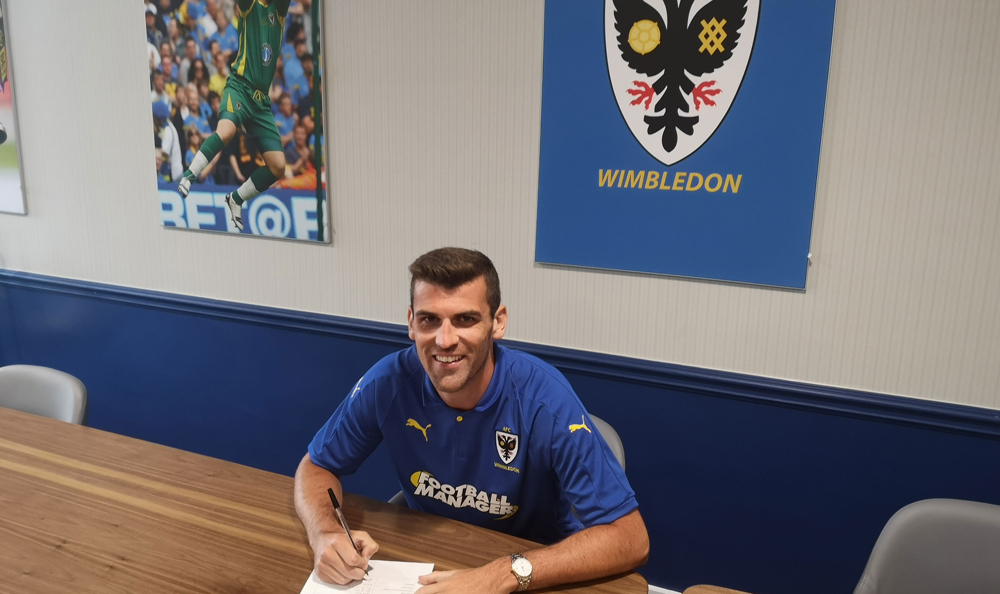 “I don’t think the league gets the credit it deserves at times.”

Roscrow was dubbed the Welsh Jamie Vardy during his time at Cardiff Met by Nia Jones, who represented her country at both football and netball.

“In terms of style of play he is probably the most similar to what I do,” said Roscrow.

“I’m not saying I am at his level. But I played a lot off the shoulder and it was about getting in behind. I’m fairly quick. I was using my pace to get on the ball, turn and run at people. Then it’s about being in and around the box for anything that drops.

“A couple of people made the same comparison.

“Initially at Wimbledon it is about me trying to break into the squad and find my feet, getting some game time under my belt and then adding goals to it. 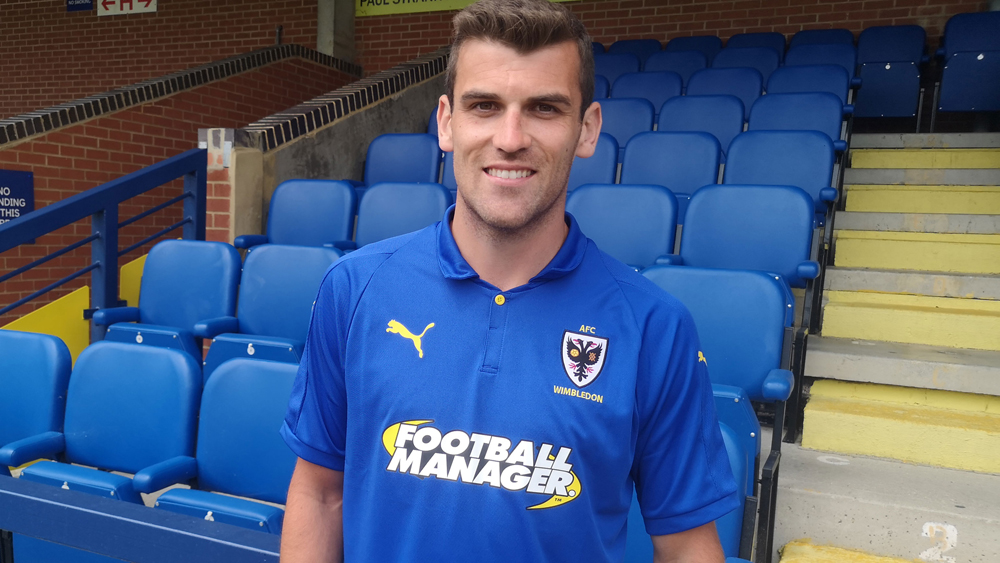 “I’m not naive enough to think I’ll crack it in the first week.

“Pre-season is six weeks and I’ve given myself that block to get up to speed and used to the tempo. The level is higher than what I was at.

“If I get starts at Wimbledon then I’m obviously doing something right. Fingers crossed that something right will be scoring a few goals. I’m taking it one step at a time.”

Roscrow recently completed a masters in sports coaching and pedagogy after initally gaining a degree in sports performance analysis.

“I read somewhere recently that I decided not to go pro before to continue my studies but that was never really the case,” he said. “I was released by Swansea when I was younger, then 0played locally and decided to go to uni.

“I was 15 when Swansea let me go. I can’t remember their reasons but being brutally honest I wasn’t good enough then.

“Wimbledon are the first club who have been quite keen to take me and wanted to move something on to the next stage. It just happens to fall when I have finished my studies. It’s perfect timing in that respect.”

Roscrow, capped by Wales C, has got his UEFA B coaching licence and worked part-time as a PE teacher.

Cardiff Met became the first British student-only team to qualify for Europe football.
The Archers lost 1-0 in the first leg of their preliminary round to Luxembourg club FC Progres Niederkorn with the return due to take place last night.

“I spoke to Wally and we had sort of initially agreed I could go and play – that he’d watch me and I’d go on trial for a week or two,” said Roscrow. “But that got knocked on the head.

“The offer was there to come in straight away.

“There was mention of me going to play in the Europa League and then doing the medical when I got back. But I didn’t want to risk getting injured, failing the medical and not being able to sign.

“This way I could come down, meet the boys and be in for the first day of pre-season. I’ve had that extra couple of weeks here to be fitter and sharper.

“It’s also important to come into the club and meet everybody.”

Downes has shown an inventiveness in the transfer market with acquisitions like winger Dylan Connolly – snapped up from Dundalk in January – and the summer arrival of full-back Guiness Nesta-Walker from Met Police.

“When I came here I had a word with myself and decided we probably wouldn’t be able to buy our way out of the division,” said Downes. “Whatever we do has to be niche and there is a lot of talent which gets overlooked.

“Myself and Glyn Hodges have coached at different levels and I’m sure we can improve people if we spot them and there is talent there.

“I don’t expect any of them to get testimonials at Wimbledon but if they move on to bigger clubs it will also benefit us. I certainly don’t look to buy finished products.

OTHER PICTURES BY AFC WIMBLEDON