Wally Downes was disappointed not to take all three points as AFC Wimbledon failed to make their numerical superiority count at the Cherry Red Records Stadium.

The Dons took the lead against visitors Accrington Stanley on the stroke of half-time, with a Luke O’Neill cross deflected beyond his own keeper by Ross Sykes.

But Stanley levelled in the second-half through Colby Bishop – just four minutes after Zaine Francois-Angol had been dismissed for a second bookable offence.

“I’m delighted that we’ve got our first point of the season,” said Downes.

“We played well first half. But that’s the disappointing thing, not being able to then go on and emphasise that superiority into the second half. It was a bit of a soft goal, it was poor defending – if we keep a clean sheet then we win the game. 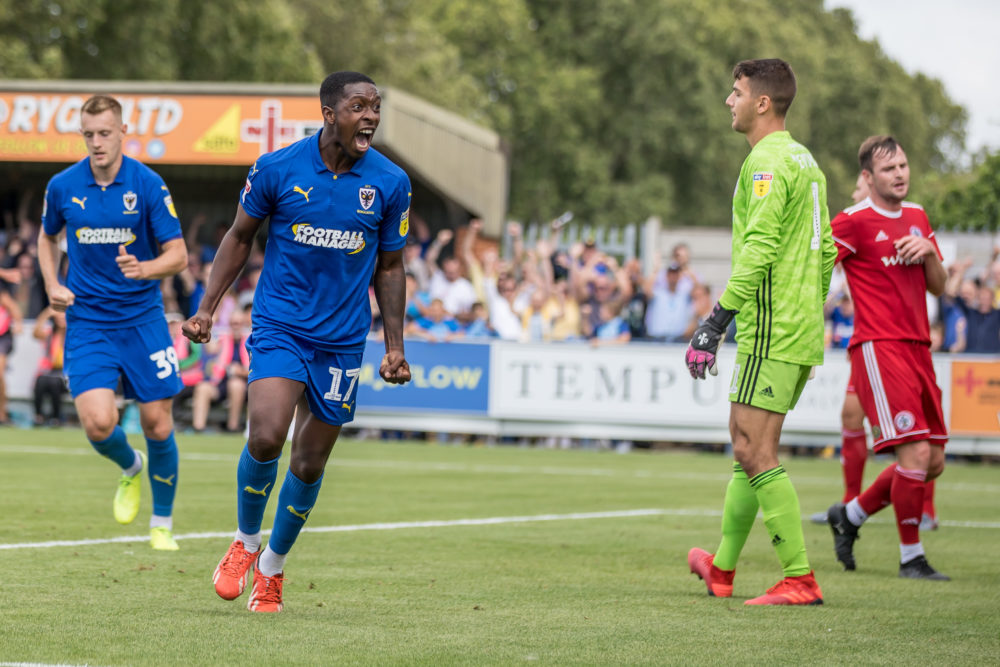 “I’m disappointed that we weren’t good enough to push on and get the three points. When a team go down to 10 men, you feel you should press home the advantage and we certainly should have got the three points today, but I’m delighted with the one.”

The Dons couldn’t drive their numerical advantage home in the game’s final 30 minutes.

“We should have circulated the ball better,” explained the Wimbledon chief.

“We had opportunities to pass and play and make them run a bit more and we didn’t. We were a little bit more direct in the first-half because we thought we could turn their back four but then we didn’t have the nous – although we were telling them to – to pass the ball more in the second half.

“We finished that game with a few aimless balls when we should have been passing the ball, creating two-v-ones and shifting them around a little bit more.”