The Brixton boxer, nicknamed The Body Snatcher, won the belt with a unanimous points verdict over Oscar Rivas at Greenwich’s 02 Arena on Saturday night. 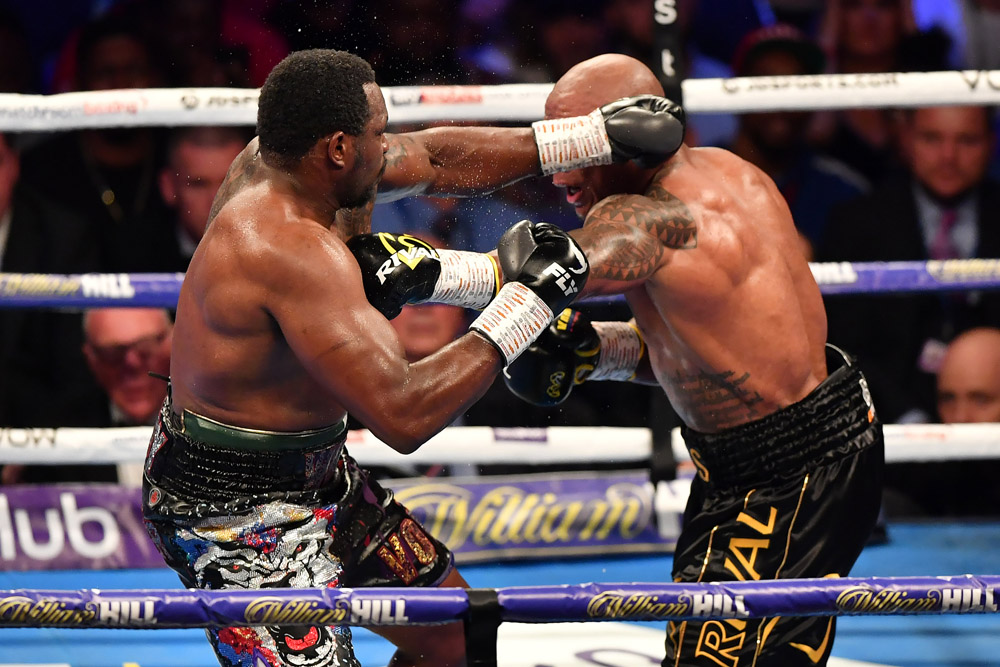 More importantly to Whyte, the victory over the previously undefeated Colombian saw the WBC assign him the mandatory challenger slot for Deontay Wilder’s world title.

That bout should have to take place before May for the American knockout specialist not to be stripped.

But this is boxing. Governing bodies do what they want to do. Wilder is committed to a November rematch with Luis Ortiz and then looks set to meet Tyson Fury for a second time in February. 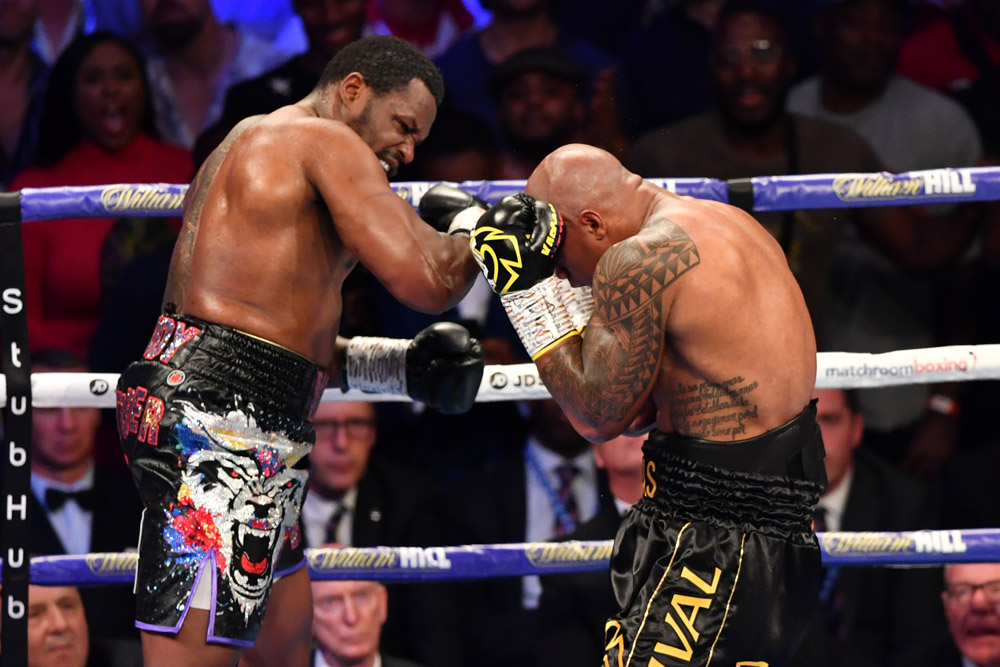 Whyte has been number one contender with the WBC for more than 600 days. But he now has that magic mandatory tag which should make it harder for the bout to be avoided.

Not that Whyte did not have a moment of crisis at the weekend. The squat but muscular Rivas had power and speed and dropped the overwhelming favourite with a right uppercut in the ninth round.
Whyte climbed off the canvas, cleared his head and was coming back strongly before the bell.

“I wasn’t really hurt,” said the 31-year-old. “I was told by my trainer that when you are moving along the ropes then don’t cross your legs – I learned the hard way tonight.

“It won’t happen again. I thought I won the rest of the round and I won every round after that. 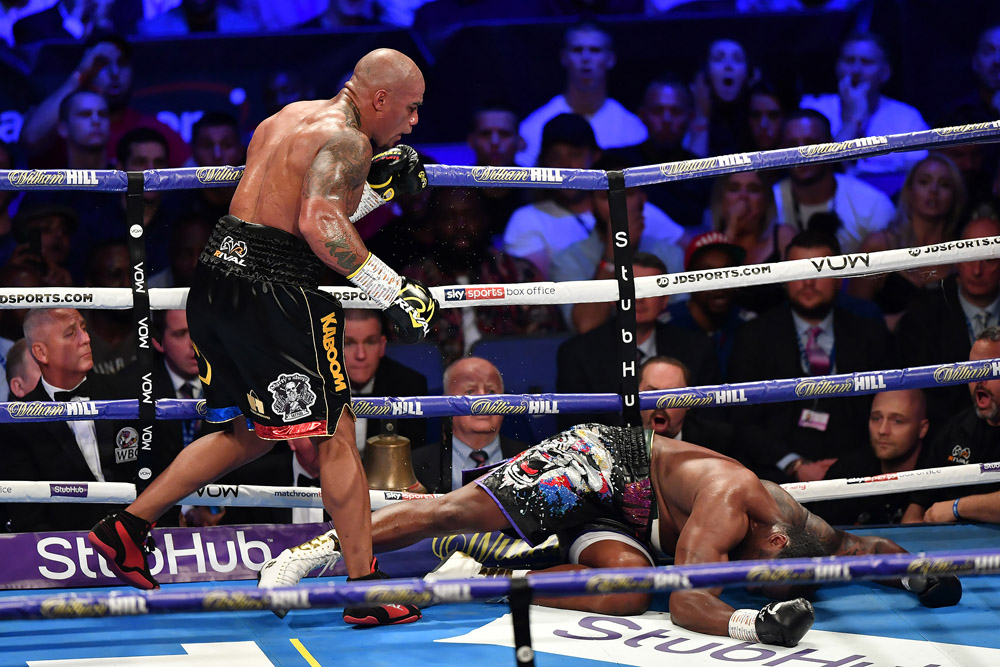 “My last camp is the hardest I’ve had – mentally not physically. There has been a lot going on – stuff with the belts and the mandatory position. I came here today and they gave my gloves to an undercard fighter and I thought ‘what the hell is this?’

“But that is what happens in top-level boxing. You have to be professional.

“I’m number one for a reason.” 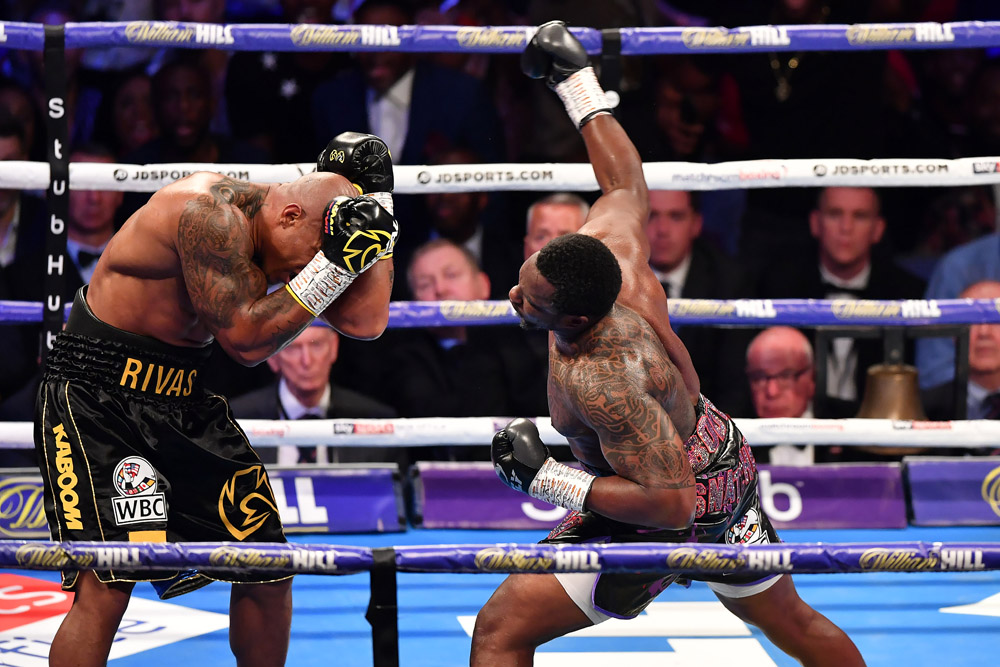 Whyte wants another outing before 2019 ends.

“I’ll speak to my team,” he said. “I’d like to fight four or five times a year. I want at least two or three fights a year. I’m getting on a bit and I want to be busy.”

Hearn, one of the people tasked with making the Wilder fight happen, said: “I don’t think anyone would be bothered if Dillian had an easier fight in November or December.

“He has had a run of really tough ones.

“Dillian will be sceptical about the timing, but one thing that is set in stone is he is the mandatory challenger.

“He can fight in November or December, have Christmas off and then have a camp for a world title, whether that comes when it is supposed to be. If we have to wait a couple of extra weeks or months it is not really the end of the world.

“He’s mandatory. People have been trying to deny him. Now he is number one and he deserves it because he has beaten a world-class fighter in Oscar Rivas. 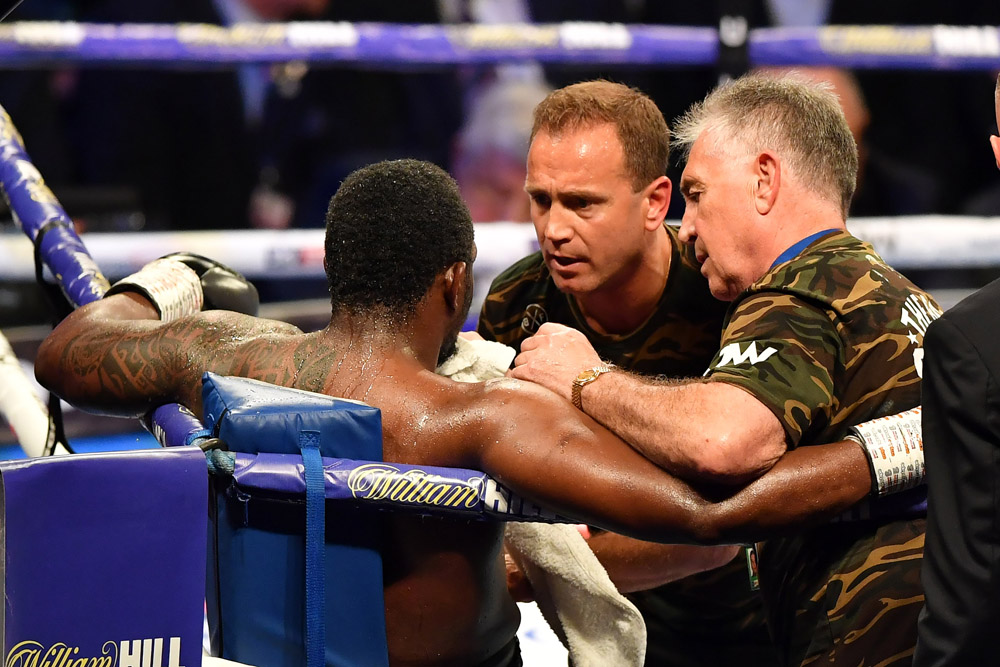 “He needs the support of the British public, and us, to push the WBC to make sure the resolution stands before May. Dillian Whyte must fight for it.

“He’s come from nowhere. He didn’t have an amateur pedigree or funding. He came from small-hall shows to become mandatory challenger.” 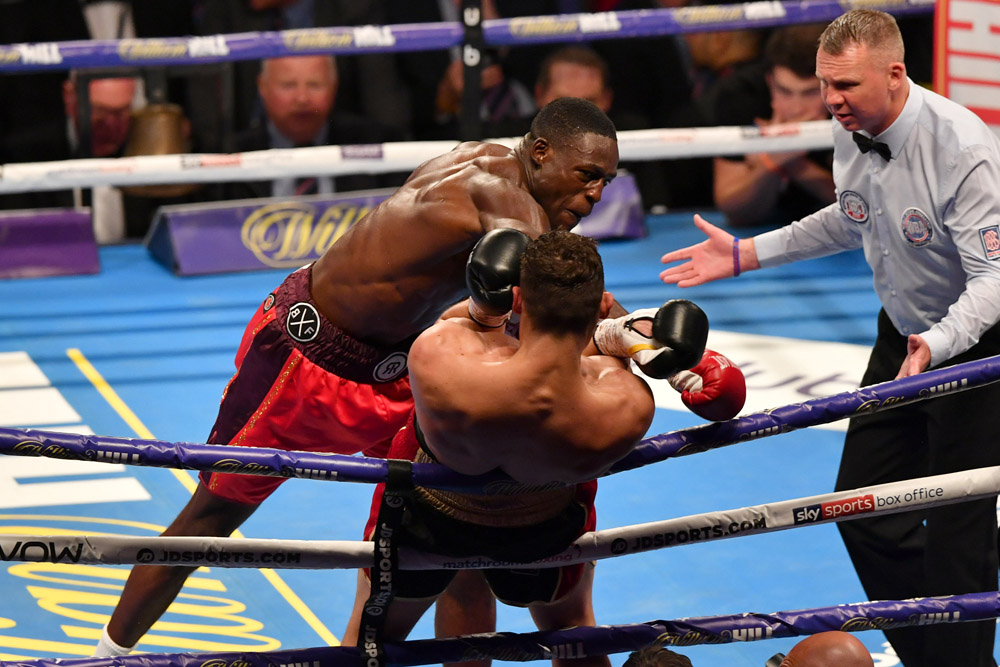 The South Londoner, who is managed by Whyte, is 10-0 but was forced to go the distance for the first time since his debut.

Billam-Smith was given a count in the sixth round – he did not touch the canvas but was leaning over the ropes – and that proved vital in the final scoring as one judge gave it to Riakporhe by 95-94. 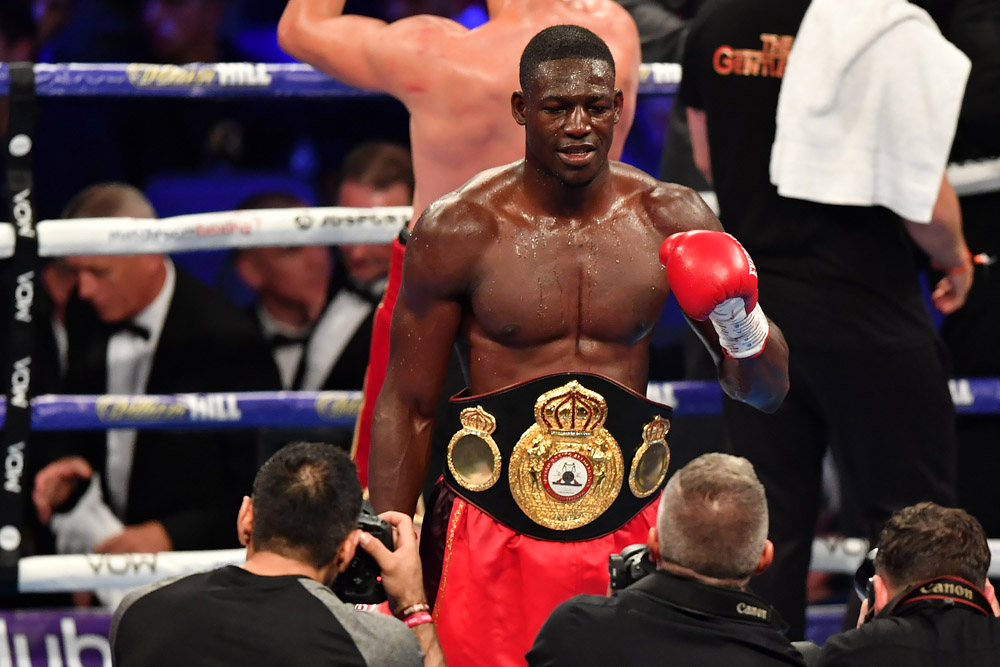 Riakporhe was guilty of loading up and looking for fight-ending punches rather than working off his jab.

It was a scrappy contest with lots of holding and mauling interspersed with some quality shots.

Lewisham’s Dan Azeez did his chances of being on a Matchroom Boxing show again no harm with an excellent sixth-round stoppage of Charlie Duffield to win the vacant Southern Area light-heavyweight title. 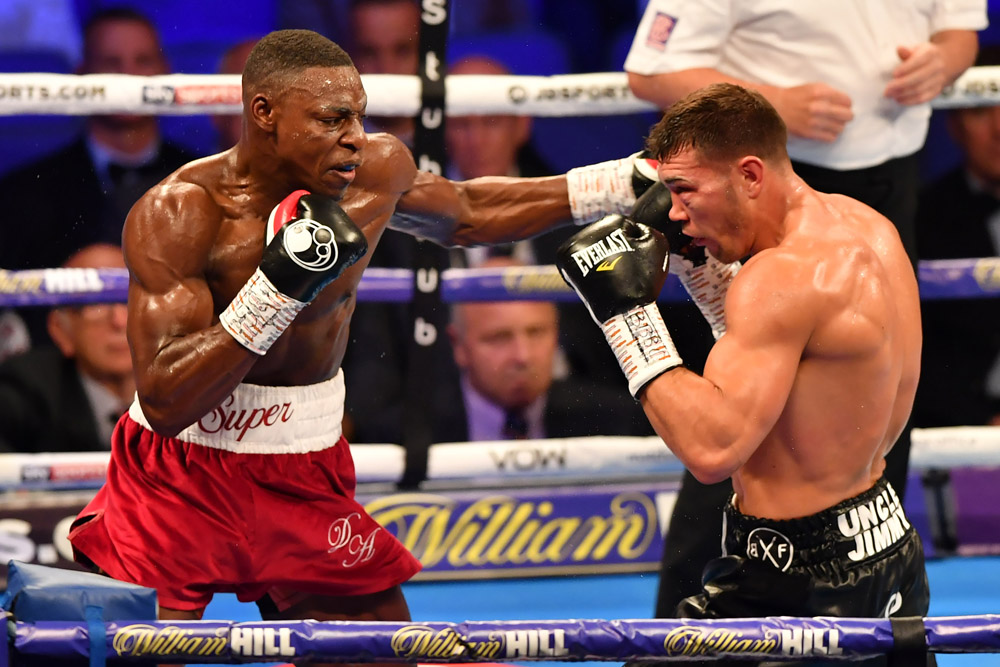 It was Azeez’s first time on a big stage but he showed no nerves as quality shots picked apart his Canning Town opponent.

Duffield had a nasty welt under his left eye inside the opening minute and the South Londoner was landing big right hands time and again – particularly as he opened up in the fifth. 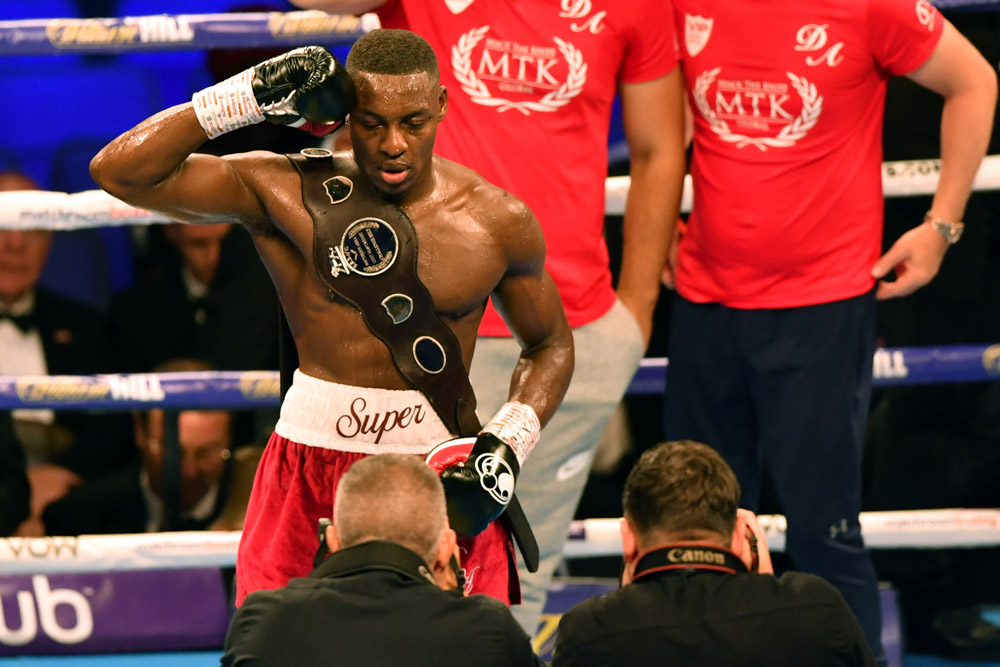 Duffield’s legs dipped when he was clipped in the sixth and not long after the towel came in from his corner to spare him from further punishment.