Dillian Whyte has set his sights on a world title shot in 2020 – but admits that boxing politics could once again foil his attempts to challenge one of the belt holders.

UK Anti-Doping (UKAD) announced on Friday that they had withdrawn a charge which had been made after the Brixton heavyweight’s win over Oscar Rivas at Greenwich’s 02 Arena in the summer.

Whyte outpointed Mariusz Wach in Saudi Arabia on the undercard of the rematch between Anthony Joshua and Andy Ruiz Jr.

When UKAD charged the South Londoner, 31, it saw the WBC strip him of the interim world title he had won by outpointing Rivas.

Whyte’s dream scenario has always been to take on Deontay Wilder, who holds the WBC world title.

The governing body had made Whyte their interim champion because the devastating American puncher has signed up for a second clash with Tyson Fury and was unable to fulfil his mandatory defence obligations.

Whyte – nicknamed The Bodysnatcher – is not being bullish that his desired bout will happen next year. 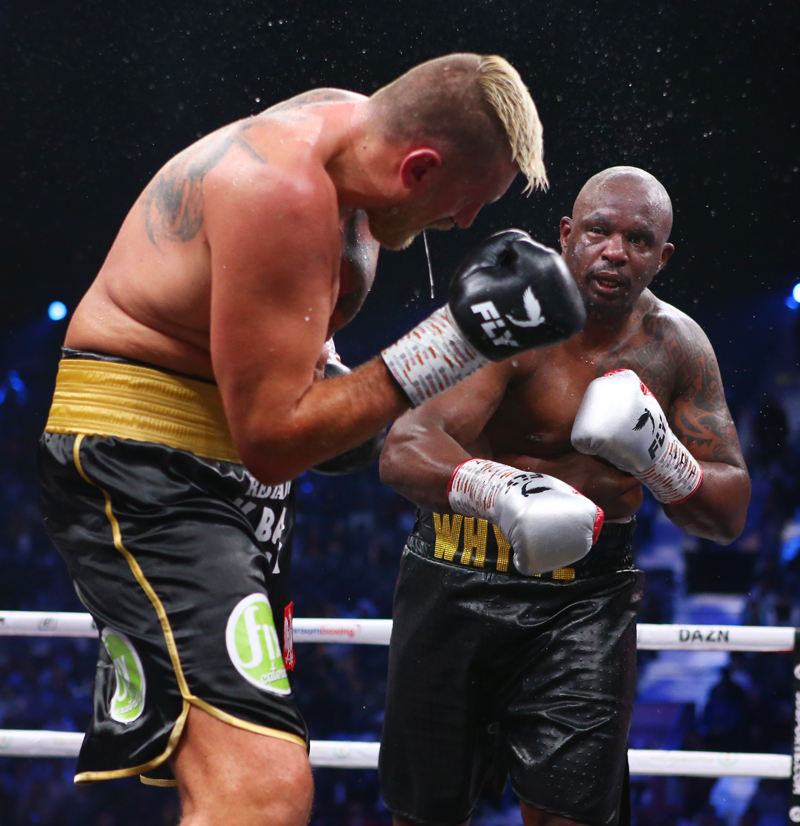 “You position yourself, you get there and and an easier fighter steps in,” said Whyte.

“Oleksandr Usyk has moved up to heavyweight and it looks like Dereck Chisora is getting a crack at a world title before me – someone who I’ve beaten twice. Why is this? There must be something wrong with the organisation.

“Maybe I need to sell out to them, I don’t know.

“I still want to fight Deontay Wilder. I’ve been trying to fight him for a long time. It’s clear he doesn’t want to fight me because he could make more money by fighting me.

“Deontay Wilder is going to move to franchise champion [with the WBC] – one million per cent.

“I want to win a world title for my people, so they can say: ‘We were world champion’. That’s all they care about – not the money or the fame, which is why they are always in the background.”

Whyte moved to 27-1 with a unanimous verdict over Wach.

But he came in at more than 19 stone for the contest – citing the UKAD situation for affecting his motivation in recent months.

“I’m a little overweight and I didn’t box to my best,” said Whyte. “But I won every round and controlled the fight. “It’s exactly the fight I needed to push me on to bigger and better fights next year. I had to push rounds out, I tried a few things out.

“He didn’t just go down. Originally I wanted to fight Eric Molina – I’d have banged him in a round or two. 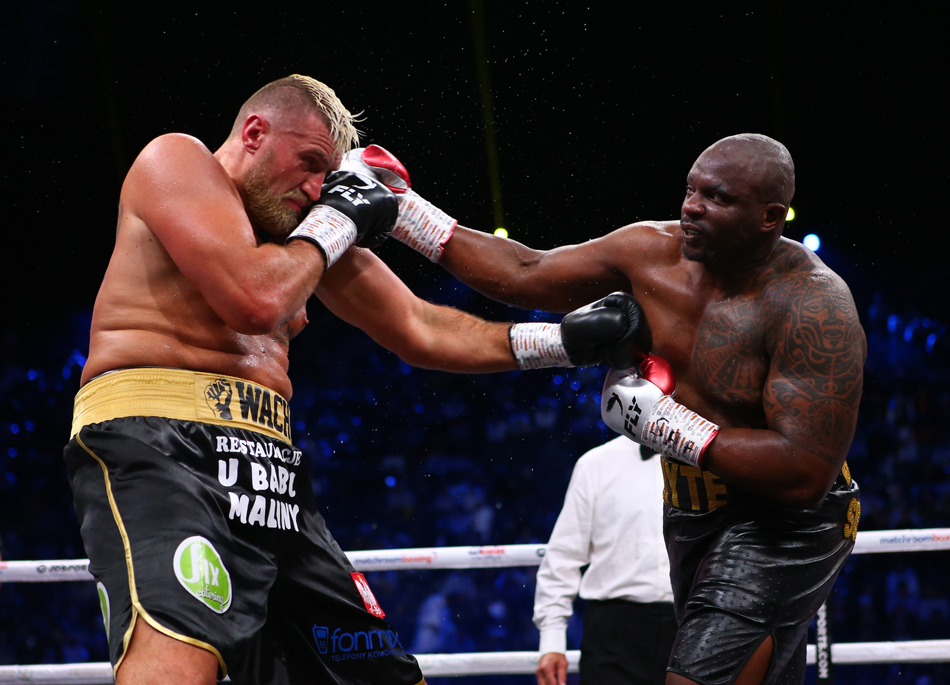 “It’s been hell, the last few months. It’s a process [with UKAD] and it takes a long time. It’s like being on Death Row – you just wait, wait and wait.”

Whyte got told there was an issue with UKAD just days before his clash with Rivas.

“It just felt like one pile of crap after another,” he said. “For my last two fights it has been hell and I’ve won them both.

“I didn’t sleep for 48 hours before Rivas. I’d sold tickets and I was thinking the show was not going to go on. It was pure madness.

“I don’t know how I went out and fought Oscar Rivas – it shows how tough, brave and talented I am – the fact I had the ability to put problems to the back of my mind.

“I wasn’t 100 per cent focused but I got the job done. Anthony Joshua didn’t want to fight him. Rivas was put to him when the Jarrell Miller fight fell through – he was far more credible at that stage than Andy Ruiz Jr – but Joshua said no. It was the same with Tyson Fury.

“There were a few times I was going to walk away from the sport but my team kept me motivated – ‘you know you ain’t done anything so let’s fight it’. It’s cost me a small house. but it is what it is.

“People are trying to backtrack now but they are all going to pay, one by one.”