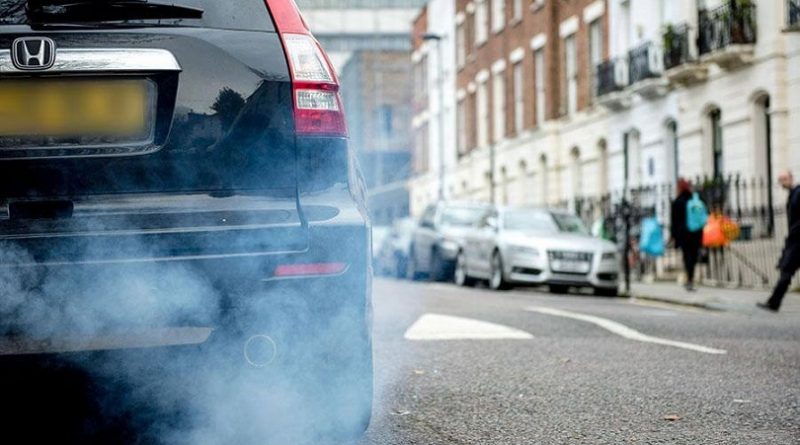 Drivers of older diesel cars who want to park in the West End will have to pay a 50 per cent surcharge for the privilege from now on.

The measure, made permanent this week following a trial run, has been introduced to tackle pollution in Westminster.

But the Automobile Association (AA) says the measure is unfair and reinforces the suspicion that the move is just another way of swelling council coffers.

Following a trial of a 50 per cent hike for on-street parking in central parts of the borough, the local authority confirmed earlier this year that it would be rolling out the scheme across the rest of the city from Monday this week. It follows positive feedback from residents, says the council.

It is expected that journeys into central London by older and more polluting diesel vehicles could be cut by more than a quarter of a million.

Pre-2015 diesels are the ones being targeted, as they are identified as the heaviest polluters.

Under the scheme, an additional surcharge, ranging from 85p to £2.45 per hour on top of normal parking fees apply, with more central locations attracting a higher premium.

Councillor Tim Mitchell, Westminster city council’s cabinet member for environment and city management, said: “We are standing up and taking action to improve air quality in Westminster. The evidence proves that the diesel parking surcharge can make a difference.

“Our residents were clear that they want us to roll out the 50 per cent surcharge across the city. Air quality is one of their top concerns, and so this move is an important and logical next step in our commitment to improving the air we breathe.”

But the AA is unconvinced. A spokesman told the London Weekly News: “Something has to be done about cleaning up the air in central London, and most drivers we speak to have been happy to comply with new ultra low emission regulations by upgrading their vehicles to make them cleaner. But now they find they are still being penalised with this extra ‘tax’.

“The 2015 cut-off date is arbitrary and it re-inforces the impression that a lot of councils use the issue of emissions to generate money for themselves.”

Over the past two years, the council has trialled the diesel parking surcharge in parking zone F, largely comprising Marylebone and Fitzrovia.

The scheme has seen a reduction in the number of older diesel vehicles parking in the Marylebone low emission neighbourhood by 16 per cent, according to the council, without any obvious displacement to nearby parking zones.

Westminster was the first London borough to introduce a surcharge where polluting vehicles paid more than the standard hourly parking rates.

Income from the surcharge will contribute to schemes to improve air quality in the city and is not being used as a revenue stream, the council insists.

Different zones have different costs, but in the West End this means a £4.90 hourly charge is up to £7.35 for pre-2015 diesel vehicles.

The smallest increase is in the north of the borough (Harrow Road, Queen’s Park and Maida Vale) where £1.70 per hour becomes £2.55.

Last year, the local authority publicly consulted on how to extend this policy city-wide. More than 1,300 responded and the message was that residents were in favour of the scheme, the authority says.

With 9.9 million drivers in the capital, road transport contributes to over half of the deadliest emissions and the council says it has made tackling poor air quality a top priority.

A spokesman said: “This latest measure is one of many initiatives the council has introduced in recent years to improve air quality, including installation of rapid charging points for electric vehicles, the ongoing #DontBeIdle campaign to encourage drivers not to leave engines running unnecessarily.

“We also have the school clean air fund aimed at reducing the number of vehicles travelling on the roads around schools at the beginning and end of the school day, through timed closures.”