Kyotaro Fujimoto’s press conference to announce his December 21 clash with Daniel Dubois took a bizarre turn – when he brought along someone dressed in a panda costume.

The Japanese heavyweight takes on the highly-touted Greenwich fighter at the Copper Box Arena on December 21.

Dubois has knocked out 12 opponents and boasts a perfect 13-0 record.

Fujimoto (21-1) will be a huge underdog as the pair meet for the WBC Silver title, previously held by Brixton’s Dillian Whyte.

“My opponent is a giant of a man,” said Fujimo, who held his press conference at Tokyo’s Korakuen Hall. “He seems as big and strong as a bear. It’s a little scary to fight a bear, so I’ve brought in a panda as a sparring partner. 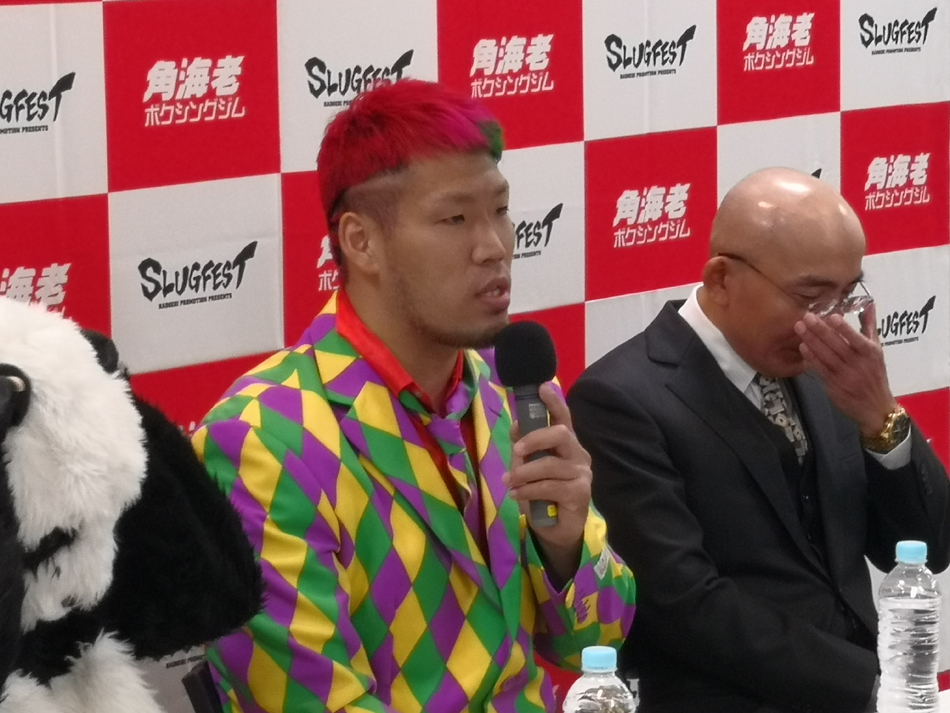 “They think they’re going to win, of course. They think they are bringing me over as an easy win, but that’s not the case. I’m ready to take on the world.

“I’m going to go over there and fight with the spirit of Rocky [Balboa].

“I’m going to do my best to make this my Christmas present.”

Dubois took just one round to blow away the overmatched Ghanaian Ebenezer Tettey at the Royal Albert Hall to win the Commonwealth title.

“I hope he doesn’t think we’re taking this fight lightly, or that we think it’s an easy win,” said Dubois. “He’s the number 12 ranked heavyweight with the WBA and is clearly a very good fighter.

“Preparation is key with all these things.

“We are bringing world class sparring in from America, people I’ve never sparred before.”

“He thinks he’s going to be Rocky Balboa? If he starts getting hit with the type of shots Rocky got hit with in the films then it’s going to be a short night.

“He says he wants to change his life and make a name for himself. That’s not a problem. On December 21, I’ll make him famous.”

Dubois’ WBO International title will also be on the line.