Daniel Dubois won the British heavyweight title on Saturday night – and took a step towards becoming a bigger name in the sport.

Every fighter is looking to be a mainstream star. That’s where the truly big money is.

Bermondsey’s two-weight world champion David Haye – on punditry duty for BT Sport – managed it. So too did Tyson Fury, who was largely there to support Dubois’ opponent Nathan Gorman – trained by Mancunian ring legend Ricky Hatton. And Dubois had support on the evening from Frank Bruno, who had become something of a mentor figure to the fellow South Londoner in the build up to last weekend’s big fight.

All of those other boxers listed above managed to attract an audience which wasn’t deeply knowledgeable on the fight game.

But their bouts became events, moments you didn’t want to miss. 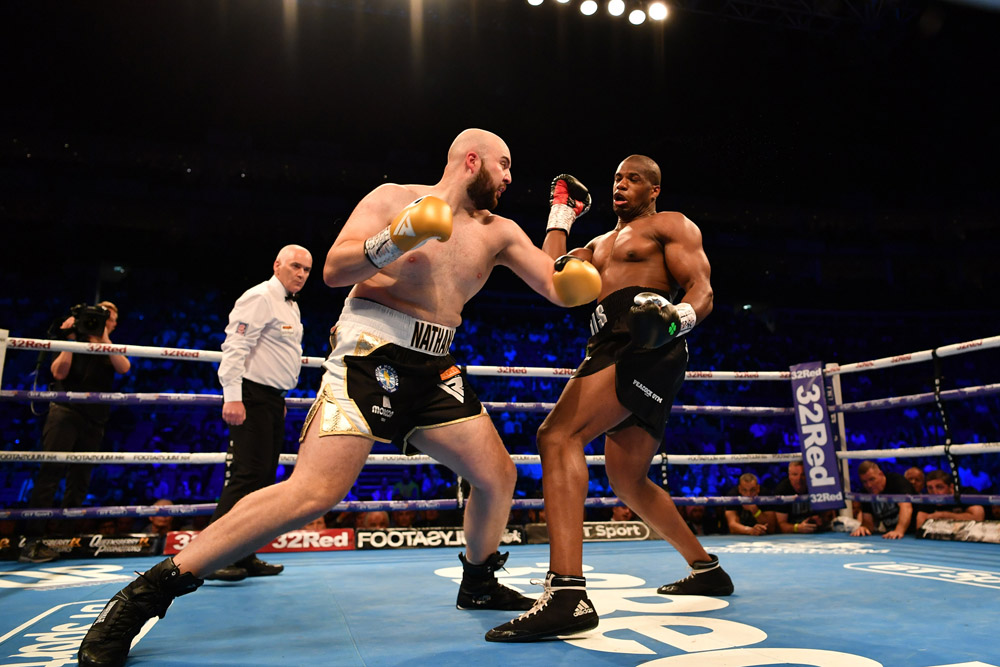 Dubois, at least based on his first 27 months in the professional game, isn’t one for bombast.

He’s not a natural showman like Fury. He hasn’t got the appetite for PR stunts like Haye. He lacks a fanbase that grew and grew when Hatton was in his pomp.

But – at least up to now – he can fight. And that’s all he really wants to seem to do. 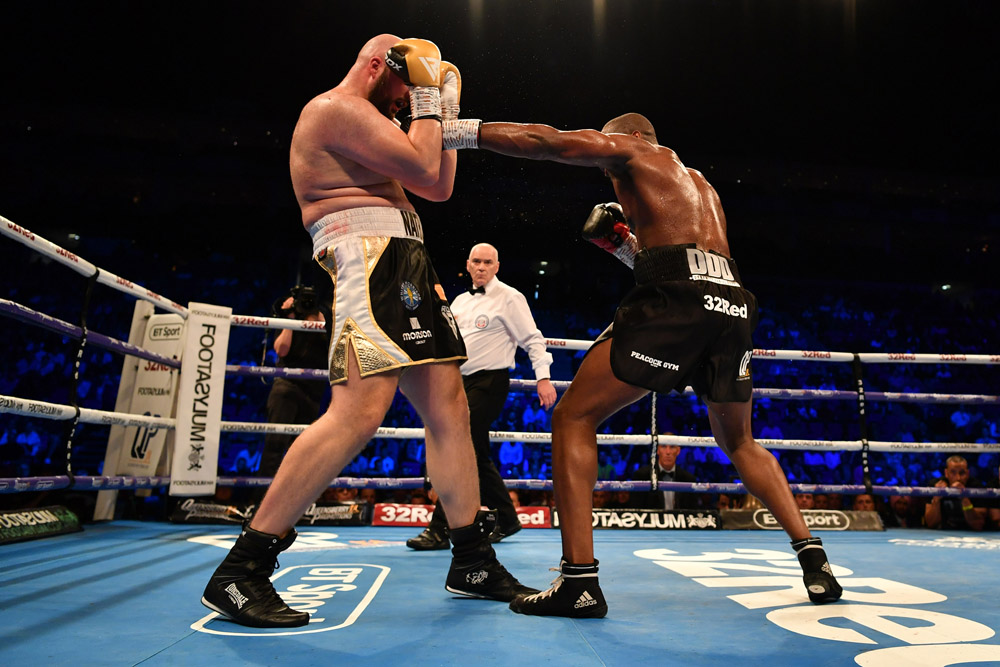 The interviews don’t energise him. The press conferences seem to be a necessary chore. What Dubois wants to do is pull on those gloves and face whoever his management team put in front of him.

And when you get to a certain level of boxing, that can be enough. Fight the best, beat the best and you can attract fans.

It’s not that Dubois isn’t appreciated as a huge prospect by proper boxing fans. 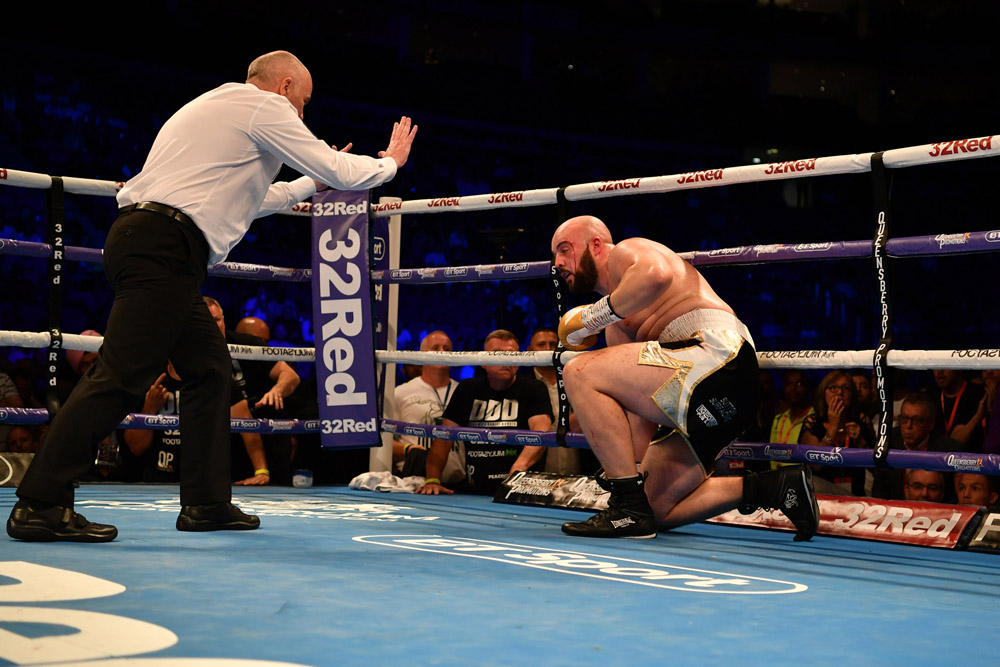 And he has loads of time on his side – both in terms of developing his skills and becoming more comfortable in terms of self-promotion.

Heavyweights don’t tend to hit their peak until their early 30s. At 21, he is a baby. Dubois joins Joe Bugner and Herbie Hide in winning the British belt at that tender age.

In some respects, his attitude is refreshing. Seek and destroy, forget about the small talk.

Some of the criticism aimed at him has been harsh. He was described as wild in April when he fought Richard Lartey – but still battered the unruly Ghanaian in four rounds at Wembley Arena.

He was described as one-dimensional against the vastly moreexperienced Kevin Johnson, with no recognition it was only his ninth fight and the fact he dropped only one round on the scorecards. 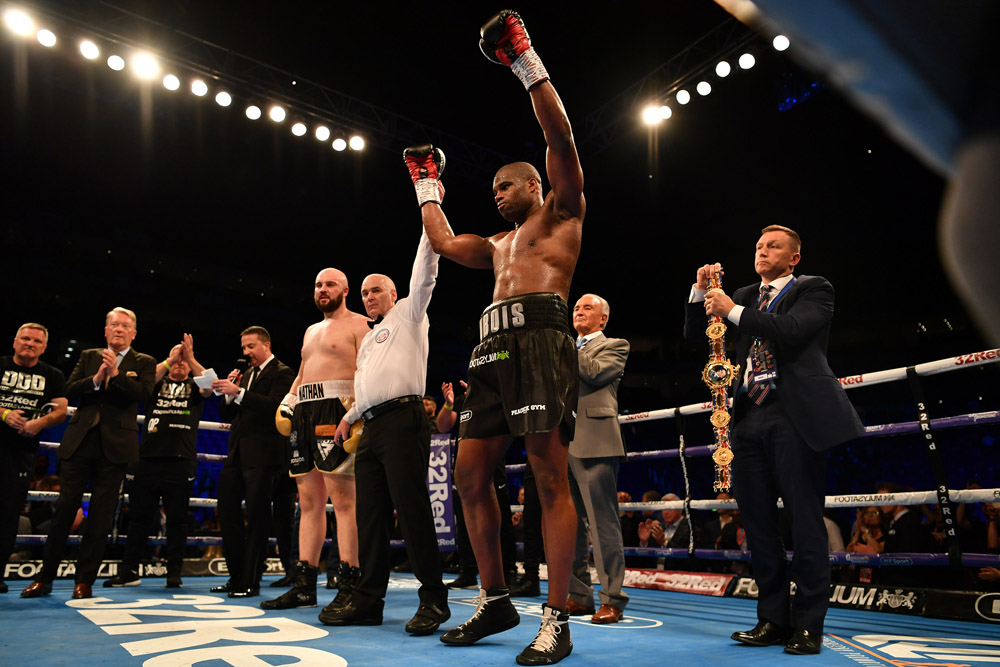 Saturday’s meeting with the undefeated Gorman (16-0) was billed as a litmus test of both men. The feeling before was that it was a 50-50 encounter that could be very close.

It proved to be nothing of the sort.

Dubois, who had been on the GB team as an amateur, showed his class as he recorded an 11th stoppage win.

Only Johnson, who showed zero ambition to do anything but survive, has heard the final bell.

It became clear as early as the third round, when Gorman first touched down for a count, that the Nantwich fighter would not be following suit.

Dubois was focused and predatory.

His tactics were simple but highly, highly effective. He stepped to the centre of the ring – never really taking a backward step – and worked off his jab.

Meaty right hands were then bounced off the shaven-headed skull of Gorman.

A chopping right opened a cut above the challenger’s left eye in the second round. Dubois’ punches instantly reddened the pale skin of the 23-year-old.

When the pair traded, it was clear that Dubois had the superior power.

He paced himself well, not expending energy with wasted shots.

It was all over in the fifth round, another right hand clipping Gorman so that he fell heavily on his back in front of the ropes right next to where the photographers were assembled – too close for them to even get a decent shot. But he had landed a fine one of his own.

Referee Victor Loughlin waved the fight off as Gorman tried to beat the count.

“I felt him fading,” said Dubois after that second knockdown. “I could sense his body language. I was controlling behind my jab and putting the right hand into it. I was very confident in my power and it worked.”

Frank Warren – who promotes both fighters – said: “I said before the fight it would be about who could maintain composure. Daniel was very composed throughout the fight.

“The key to the fight was the jab. Daniel’s jab was superb.

“From day one I said I thought Daniel is the future of heavyweight boxing.”

Haye provided further positives. He said: “I was impressed at Daniel’s power.

“He maintained it throughout. There was no drop-off, no fading.

“He was looking to punch as often as possible and Gorman wasn’t able to live with him. The sheer strength and heavy-handedness played out tonight.”

It was a clean sweep for the other South London fighters on the show. 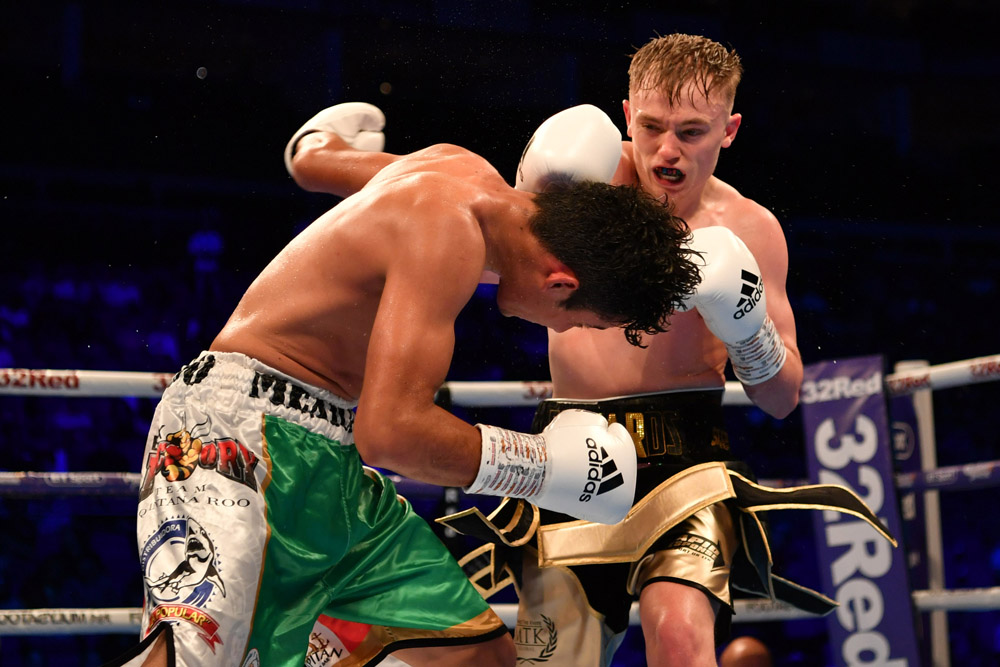 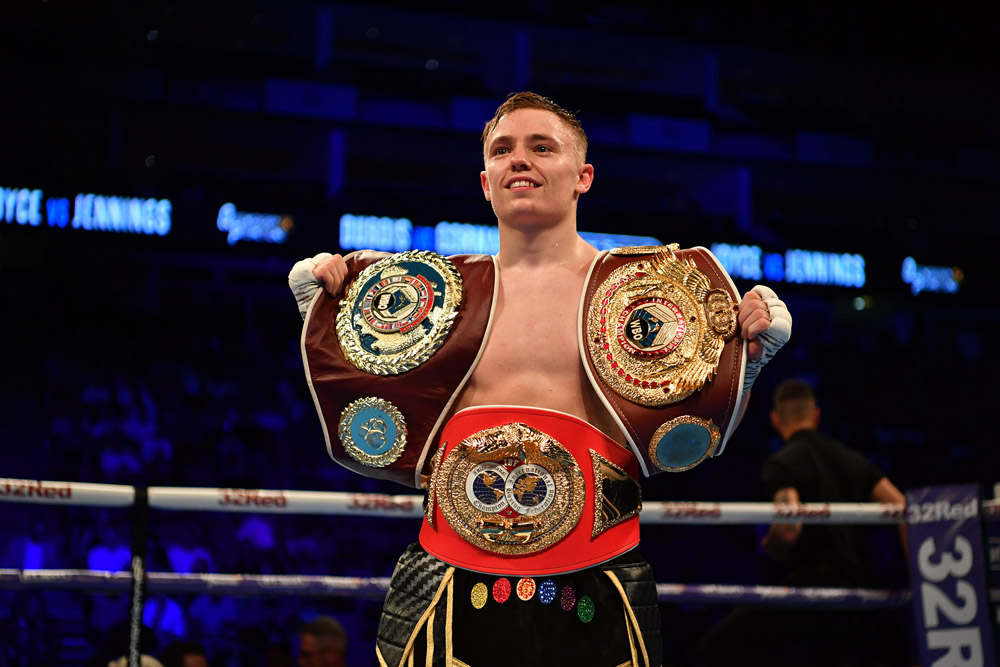 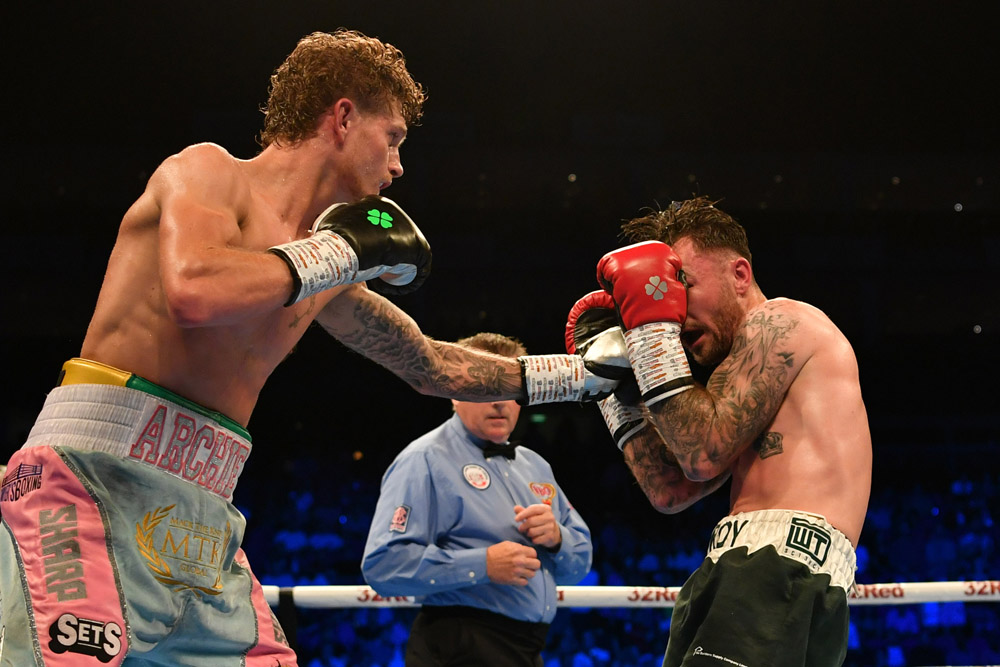 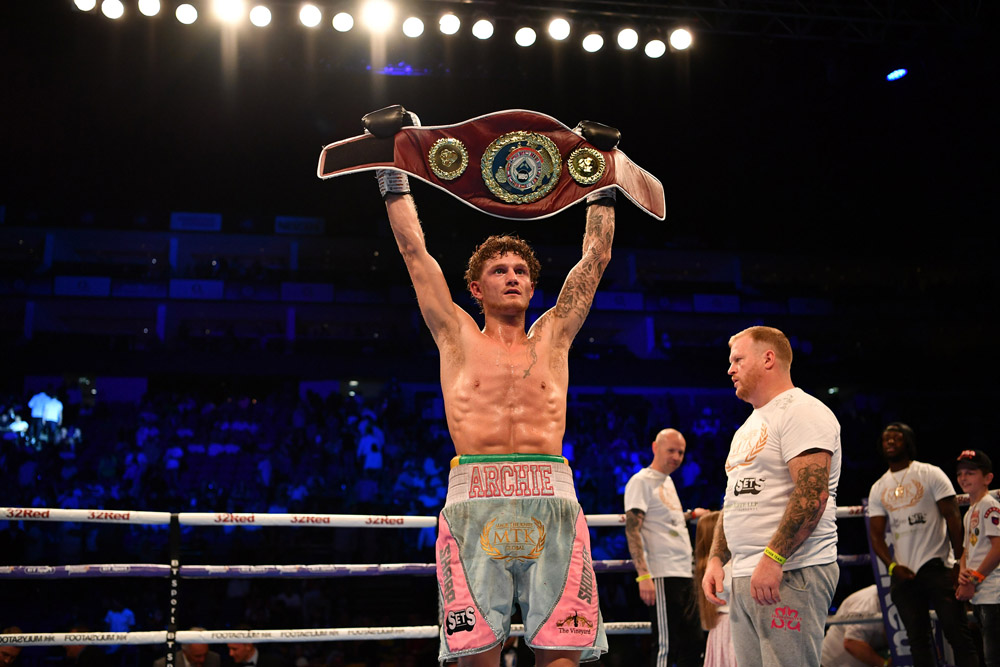 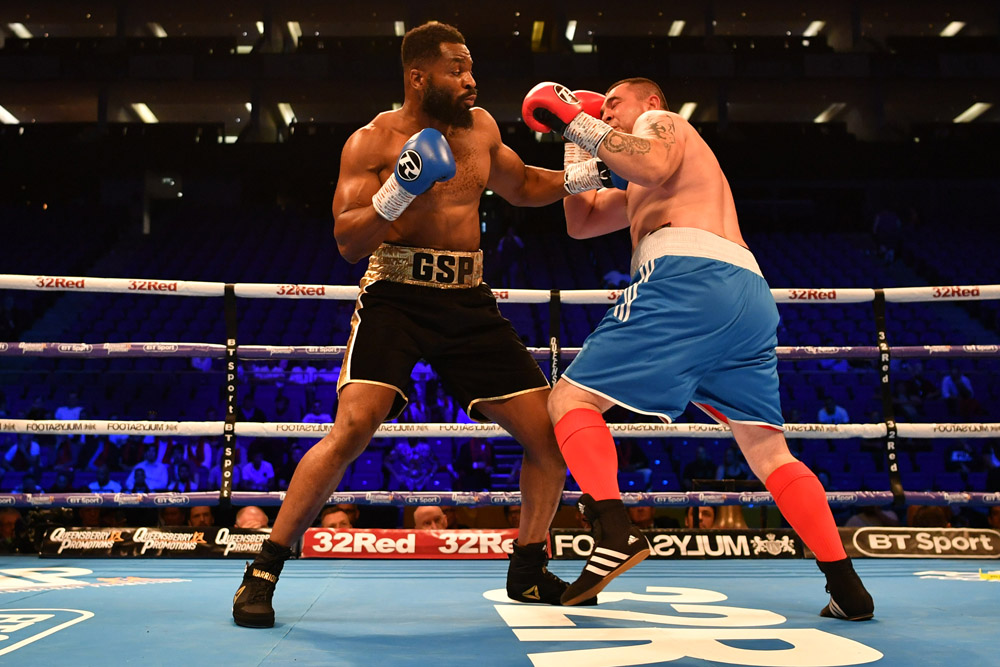 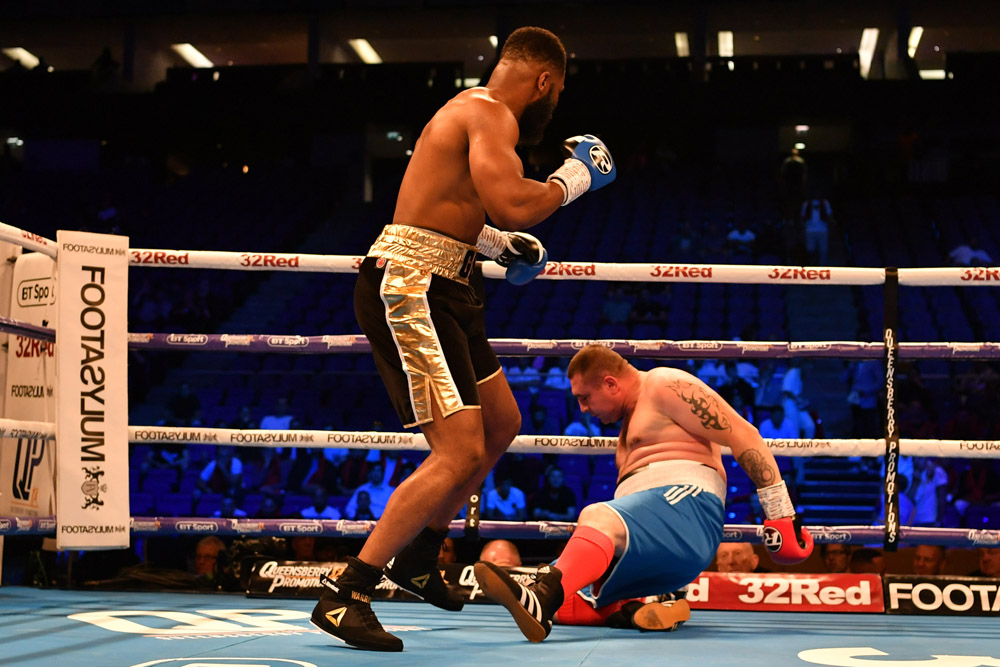