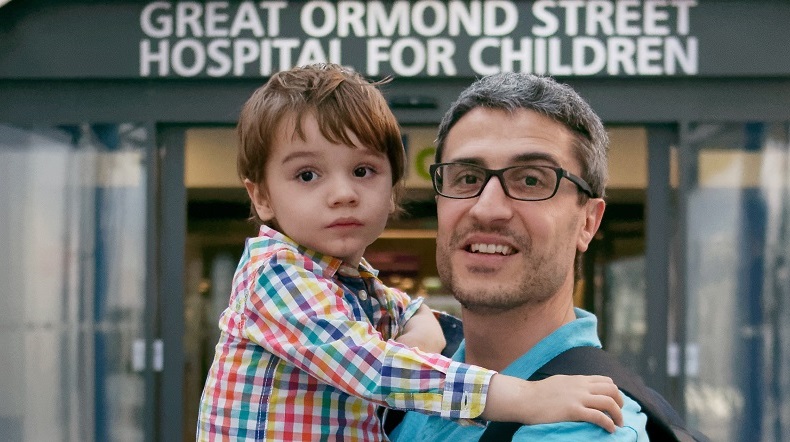 A dad whose son had a successful operation to remove a cancerous gland is taking part in the London Triathlon on July 27 to raise funds for a children’s hospital.

Lawyer Rafael Sanchez is running the triathlon after a 19-year hiatus from them in aid of Great Ormond Street Hospital Children’s Charity.

Mr Sanchez said: “It has been 19 years since my last triathlon, so I am quite nervous about taking part, but because I am fundraising for GOSH, I am determined to do well and to justify the donations.”

He’s doing the Olympic distance, which means a 1.5-kilometre swim, 40-kilometre bike ride and a 10-kilometre run. GOSH successfully operated on his seven-year-old son Milo in 2014.

Milo, who was two years old at the time, was diagnosed with an adrenal cortical carcinoma – a rare form of cancer just above his kidneys, and underwent successful surgery to remove the affected area.

Mr Sanchez said: “Milo received amazing care before and after his operation.

GOSH is an amazing place with the most professional, caring and dedicated staff, so I want to do anything I can do to help.”

He also said everyone, from the people who served the food to the nurses and doctors, did everything possible to make the process as smooth as possible.

Mr Sanchez’s concern was that the experience would have traumatised Milo, but said that he is completely calm and normal around doctors to this day, which is a testament to the GOSH staff.

Mr Sanchez is running the triathlon for the Gordon and Tana Ramsay Foundation for Great Ormond Street Hospital Children’s Charity, along with more than 200 members.

GOSH is having funding issues and Mr Sanchez wants to do all he can to help.

The event, which is one of the largest in the world, takes place at ExCel London and boasts great views and support along the course.

You can join Gordon, Tana and Team Ramsay at the 2019 London Triathlon. Secure your place for just £25 at www.gosh.org/TeamRamsay