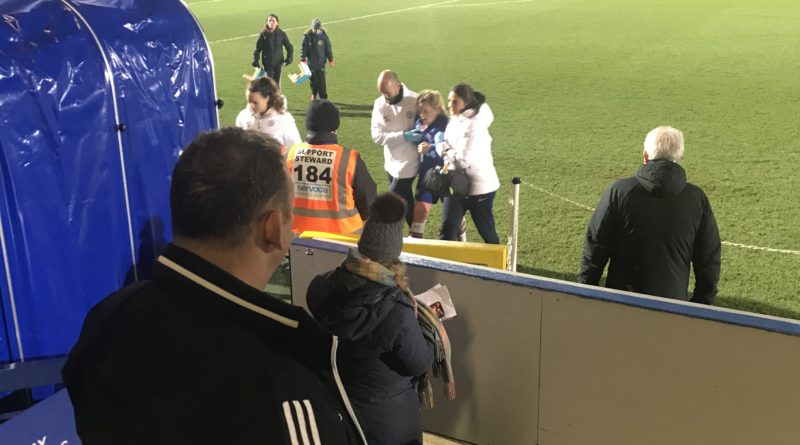 Beth England scored a sensational goal that gave the Blues three vital WSL points against a dour and defensive-minded Birmingham at Kingsmeadow this evening – Guro Reiten gave the west Londoners the opener in the  2-0 win seconds before the half-time break.

Worryingly for the Blues Scotland international Erin Cuthbert had to be helped off the pitch at the end as she looked in pain, clutching her right shoulder after smashing into an advertising board.

Chelsea remain second in the league – one point behind Manchester City but the Blues have a game in hand and they pair face each other on Sunday week in what will be billed as the match of the season – a winner to take all.

England struck mid way in the second half, latching onto a long ball, she headed it forward, chased it, zipped past a couple of defenders before smashing it home past dazed Hannah Hampton in the Birmingham goal.

The Blues did enough – just – to overcome a stubbon and well-drilled Brum side, who are languishing at the wrong end of the division.

But the first effort of the game fell to the visitors’ Rachel Williams – thankfully for the sluggish Blues, her wayward right-footer from 25 yards went well wide of Carly Telford’s crossbar. 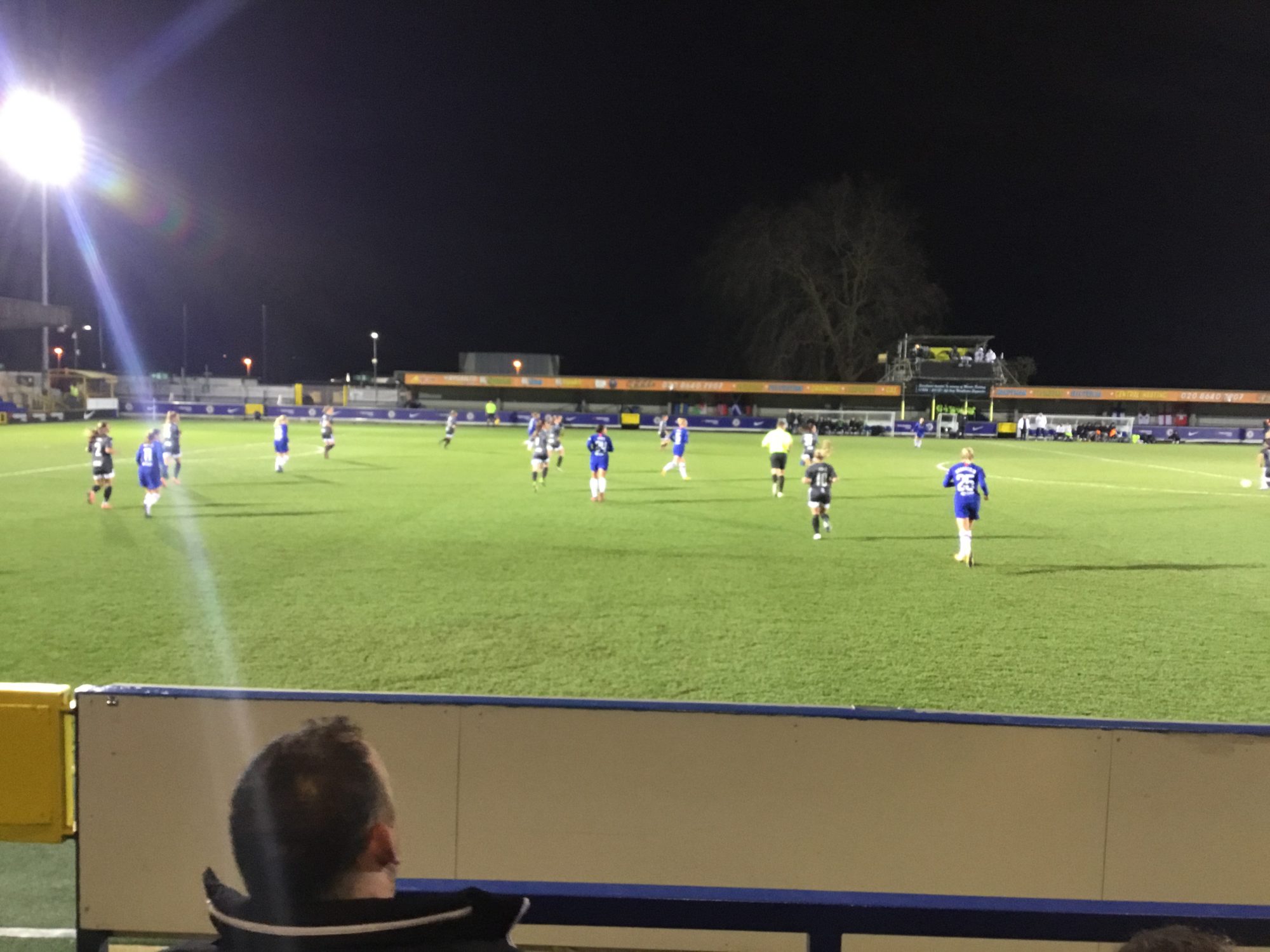 It took Chelsea 20 minutes to register their first goal-bound effort – effervescent Erin Cuthbert let fly from 20 yards with a neat left-footer. Hampton produced a finger-tip save to prod the ball over the crossbar for a corner.

Lucy Staniforth the.blazed a venomous right-foyer from the edge of the Chelsea penalty area on 35 minutes, to give the home side a bit of a wake-up call.

The ball zipped just inches over the crossbar, but it showed the potential for the Midlands side, who had to that point dominated the match in terms of their defensive qualities, and legally bullying tactics on their more celebrated opponents.

But their defence was finally breached with seconds of the half remaining. Guro Reiten kept her cool when she took control of the ball when it was pinged into her and she side-footed home from close range.

There were no changes by ether side at half-time.

But the Blues came out after the break much more determined and reaped their just reward on 78 minutes. England, produced a wonder goal, after first heading a long cross forward. She chased after it, outpaced the Birmingham centre-back Georgia Brougham, took one touch before smashing the ball past Hampton to double the home side’s lead.

With the game effectively over as a contest, manager Emma Hayes opted to give Ramona Bachmann a run out – Drew Spence trundled off the pitch on 65 minutes.

England was desperately unlucky not to hit the third on 75 minuted when she arrowed the almost perfect left foot drive that zipped past Hampton. The ball crashed against her left upright and bounced clear of the goal.

The returning from injury Maria Thorisdottir entered the fray for Sophie Ingle with Jess Carter coming on for Reiten on 78 minutes.

It was all over as a contest, but Cuthbert left the field holding her shoulder and accompanied by two medical staff.She apparently crashed against a metal advertising board.

She must be considered a doubt for Sunday’s FA Cup clash, at home, against Liverpool in the FA Cup.