One of the most consistent criticisms of Crystal Palace under Roy Hodgson is that they are not as successful at home as they are away. Twenty-nine of their 49 points last season were secured away from Selhurst Park and most of the more memorable victories under the former England manager have come at the grounds of other teams. 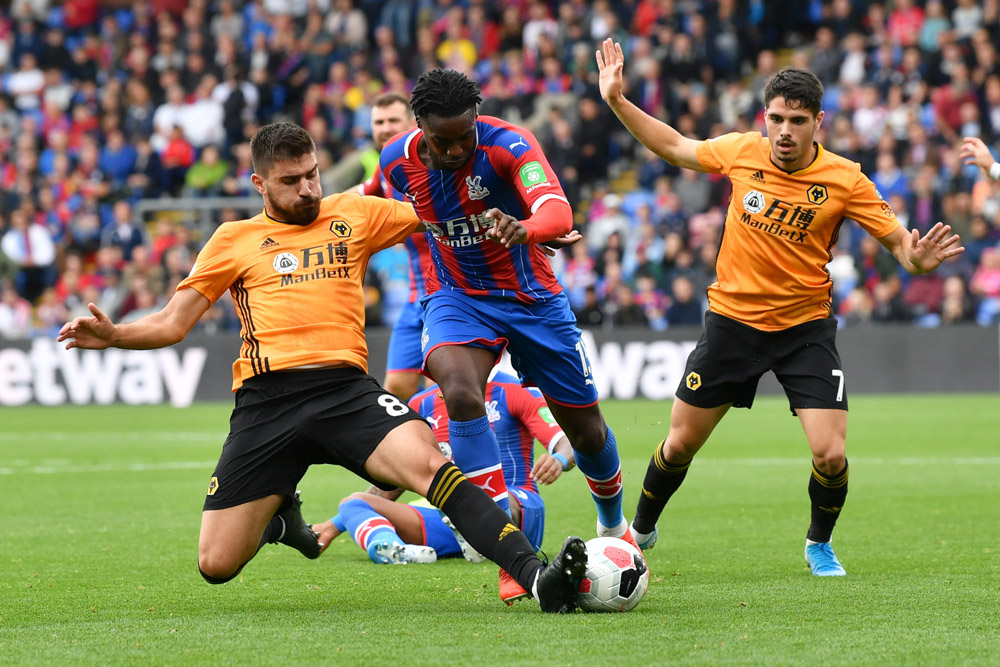 But the Eagles’ start to the new campaign provides evidence that this has now changed. Sunday’s draw with Wolverhampton Wanderers means they are unbeaten at home in five matches, a run which stretches into last season. Palace have lost just once in seven games in SE25 and that was against a Manchester City side that lifted the Premier League title a month later. 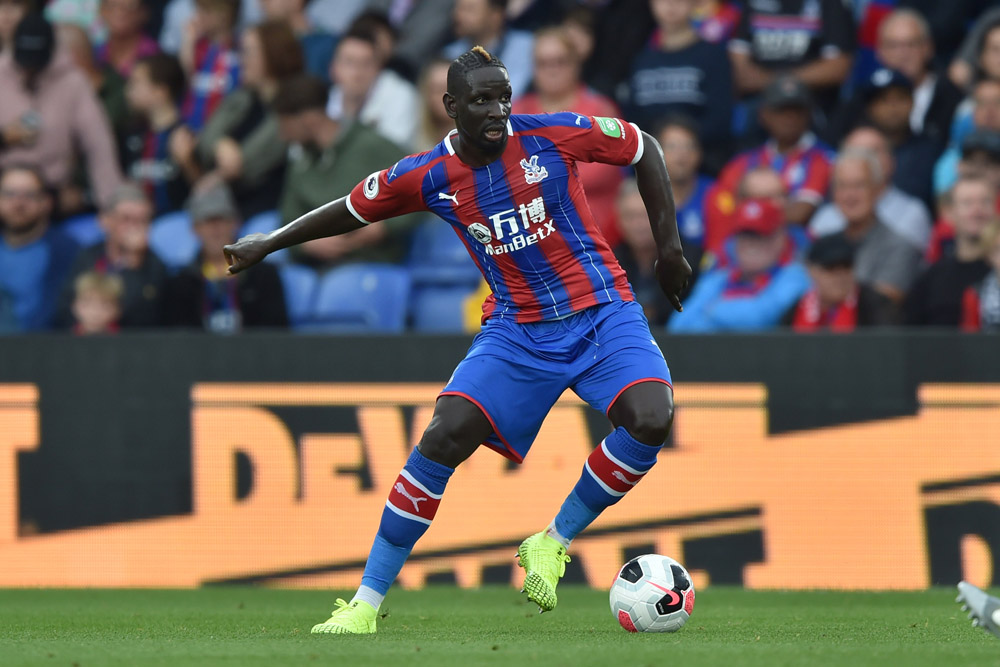 Aside from Pep Guardiola’s team, only Brighton and Hove Albion, Manchester United and Watford have recorded Premier League victories against Palace in South London in 2019.

However, the new gripe against the Eagles is that too many of the 12 league matches at Selhurst Park this calendar year have slipped from their grasp. There has been no bigger example of that than this draw, but it has been a common theme throughout 2019. 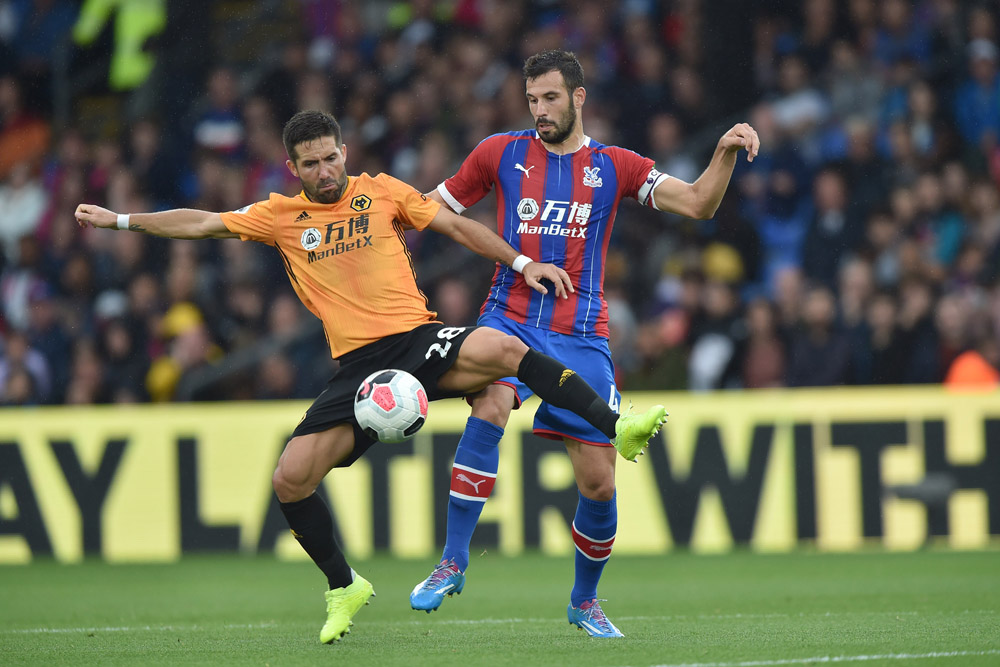 Had Palace either held on to leads or better dispatched their opposition, there would not be so much furore over their home form. Palace improving their record at Selhurst Park by drawing games they would previously have lost is one thing; ensuring teams are regularly beaten – and well beaten – is another.

Palace lost this fixture in the previous campaign. This draw is a sign of steady improvement, but they should have won.

Goalkeeper Vicente Guaita had kept his side in this game in the first half, making one particularly excellent save to keep out a Matt Doherty header which seemed destined for the top corner. But the second period was dominated by Palace. 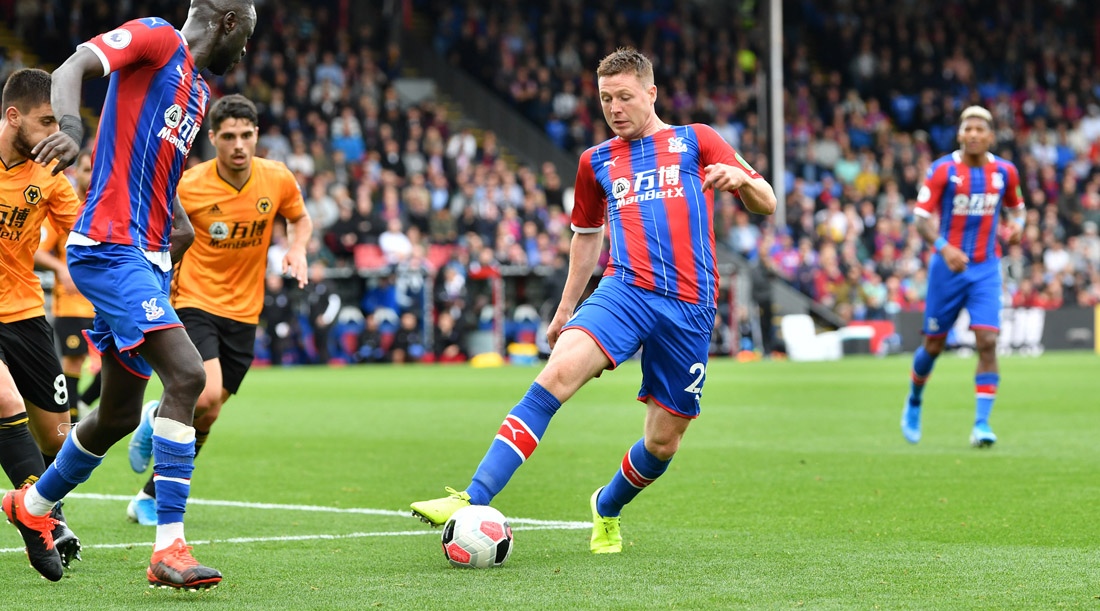 Leander Dendoncker deflected Joel Ward’s effort into his own net and Palace had further opportunities to secure a victory. A win would have equalled their best start to a Premier League campaign after six games – the 10 points in 2015-16.

Wilfried Zaha produced his best performance of the season and a mazy run ended with him shooting straight at Rui Patricio. Gary Cahill blazed a long-range effort over the bar. 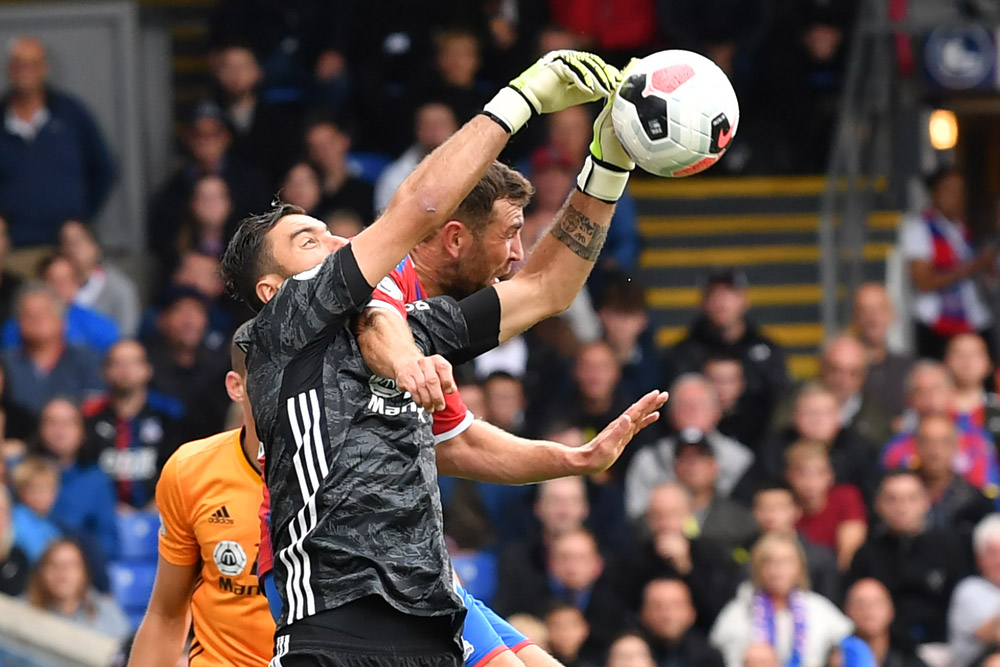 Christian Benteke and Jeffrey Schlupp were each put through on goal on separate occasions but neither could beat Patricio. Both chances came after Romain Saiss was sent off for twice fouling

And so there was a sense of inevitability when Diogo Jota finally found a route past the impressive Guaita, rifling home a loose ball after Ward had slipped while trying to clear a cross. It is a position with which Palace are now so familiar. 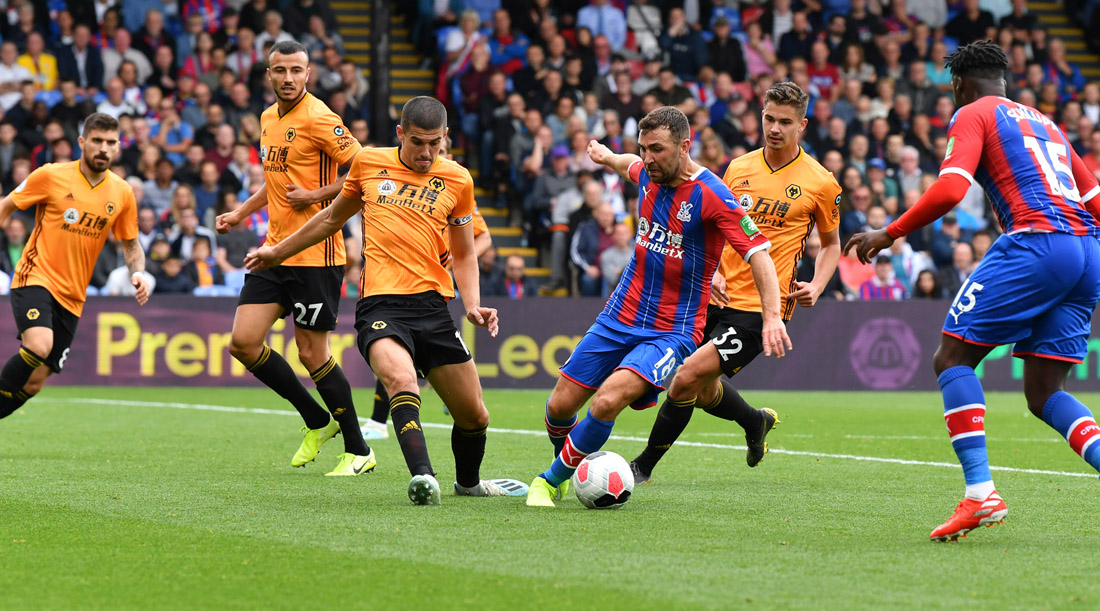 It was only three weeks ago that the Eagles had struggled to hold on to a 1-0 lead against Aston Villa and missed several key chances. Henri Lansbury lashed in a late goal but, on that occasion, Palace were fortunate. Referee Kevin Friend had already accused Villa midfielder Jack Grealish of simulation in the build-up and the goal was disallowed. 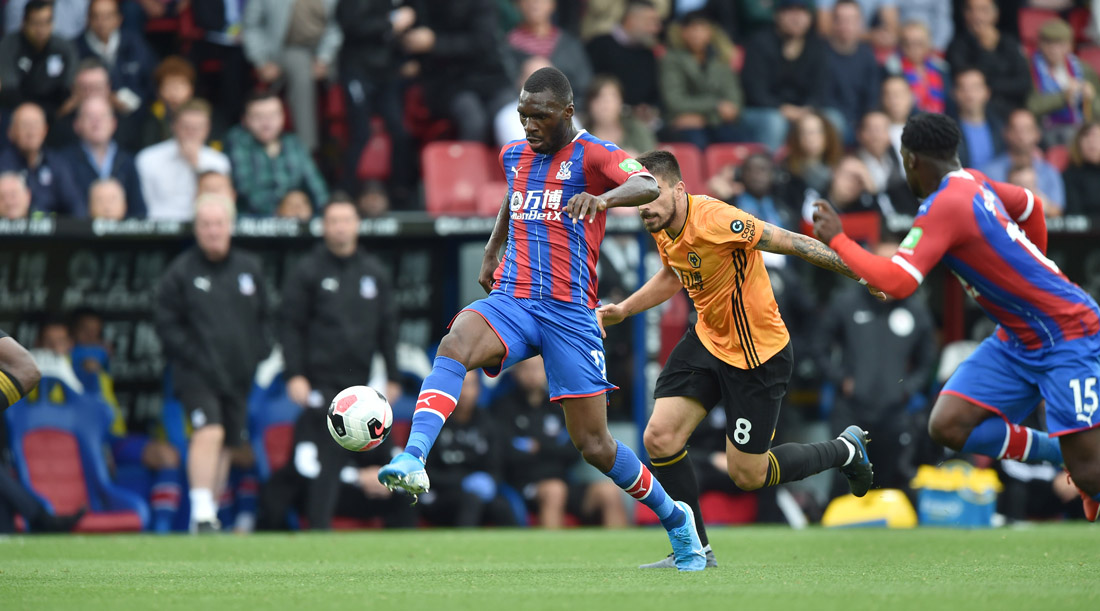 Rewind to January and the same issues were already evident. Palace had controlled the first half against Watford and were winning 1-0. They lost 2-1. A month later, James McArthur raced through on goal against West Ham with the score tied at 1-1 but failed to even hit the target. That was another two points dropped. 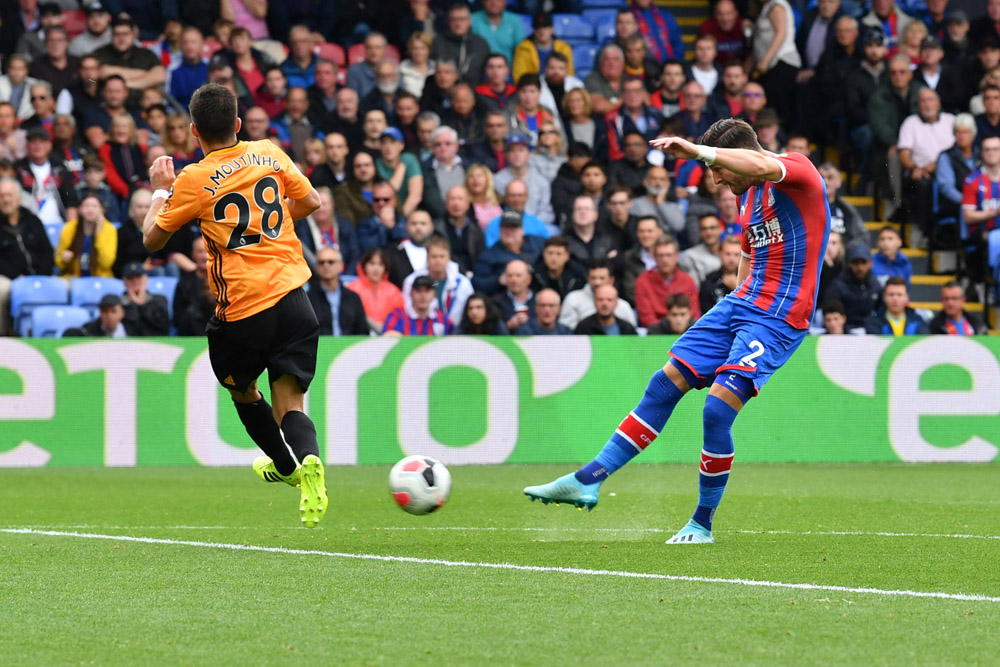 In March, a Luka Milivojevic penalty had cancelled out Glenn Murray’s early goal for Brighton and Palace were the better side, creating a glut of opportunities to defeat the Seagulls. Anthony Knockaert was allowed to drift inside too easily and curl in a winner for the South Coast outfit. 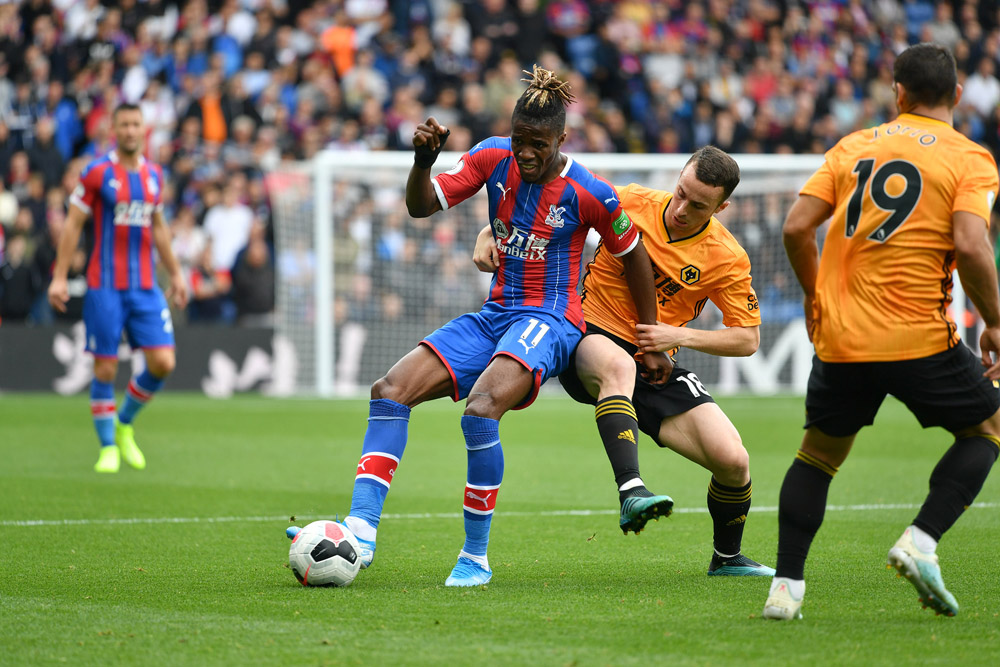 It is unquestionable that Palace have improved their home form. The first three games at Selhurst Park last season involved a goalless draw with Newcastle United and defeats by Liverpool and Southampton.

It took until December for Hodgson’s side to win successive home games in 2018/19. Here, they were less than a minute from doing so as early as September. 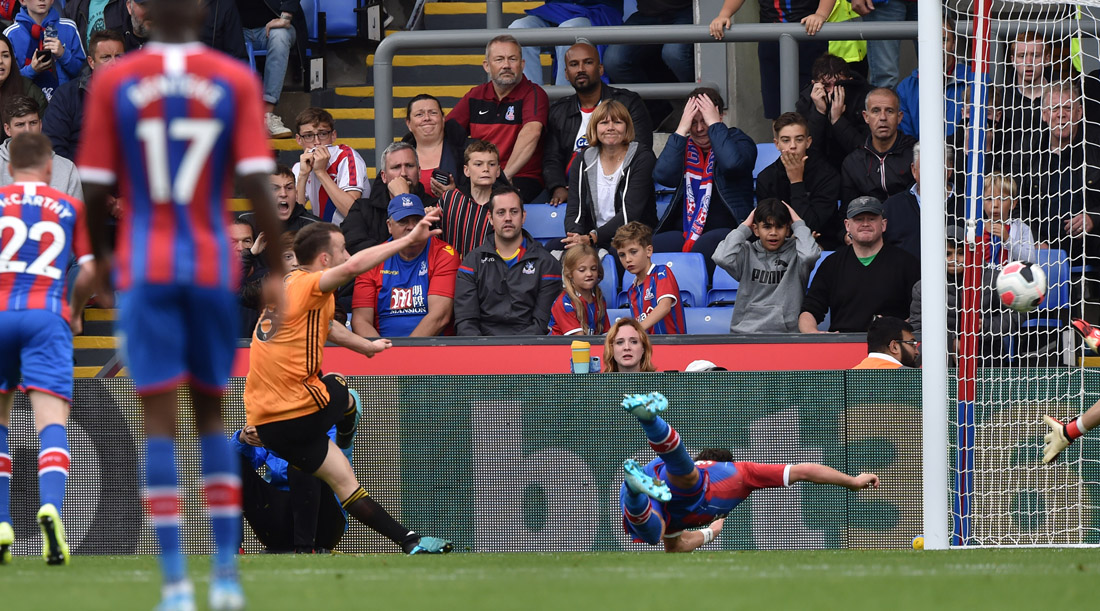 But the Eagles would be in a much healthier position if they held on to leads at Selhurst Park. The absence of a true goalscorer provides an excuse for the lack of ruthlessness, although defensive errors have been just as costly. The longer they continue to be pegged back in games in which they do enough to win, the more supporters will continue to bemoan the form at Selhurst Park.