Sam Woods and Jairo Riedewald were forced to play away from their natural positions in Crystal Palace’s League Cup loss to Colchester United – with boss Roy Hodgson highlighting it was down to a lack of cover in his squad.

A strong Eagles side crashed out of the competition on penalties on Tuesday night after the tie against the League Two outfit had ended goalless. 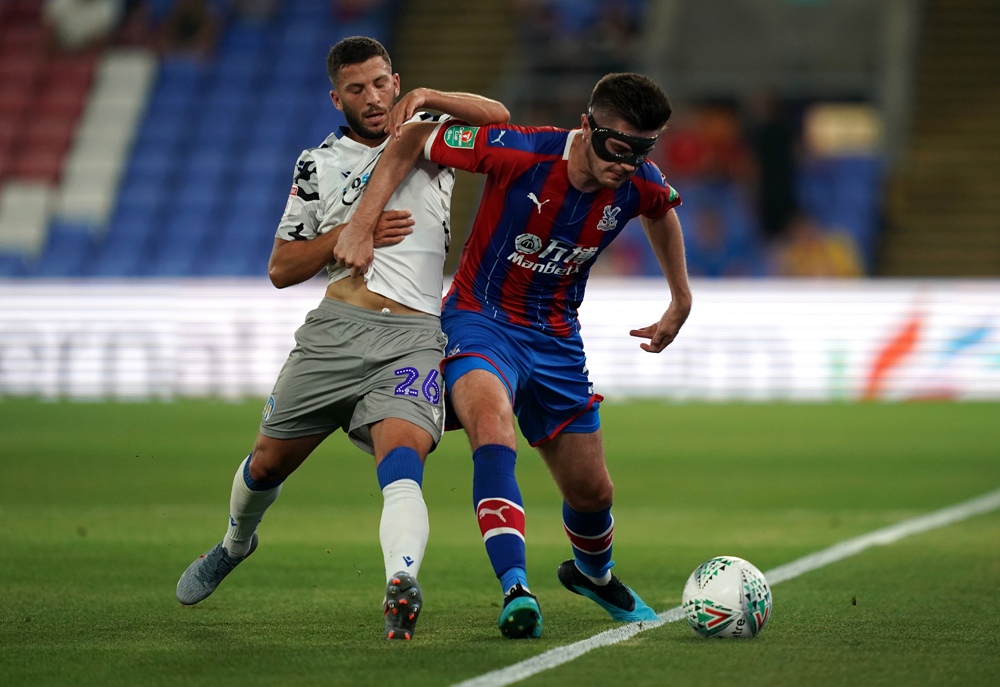 Woods – a centre-back – made his full Palace debut at right-back, while Riedewald, primarily used as a holding midfielder in his sparse opportunities since arriving in SE25, played on the left of the back four.

“I felt sorry for Sam Woods and Jairo Riedewald – having to play as full-backs,” said Hodgson. “Sam is an U23 centre-back and he had to play right-back in a fairly attacking formation in the second half when we had a lot of the ball.

“Jairo, who is a central midfielder, had to play at left-back because neither Patrick van Aanholt or Joel Ward were available.” 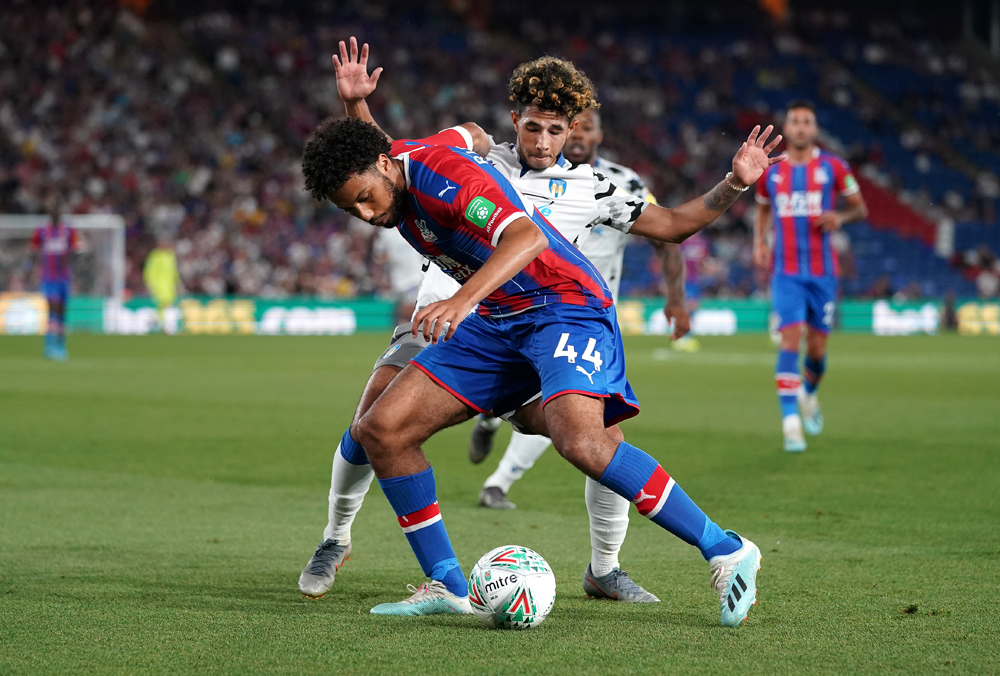 Riedewald did occasionally play left-back at former club Ajax – including in the 2017 Europa League final – and has done a handful of times for the Eagles, but Woods was forced into an unnatural berth as Ward is Palace’s only recognised right-back at first-team level following the £50million sale of Aaron Wan-Bissaka this summer.

The South Londoners had tried to sign reinforcements but deals for the likes of Timothy Castagne from Olympiacos and Ruben Aguilar fell through, the latter eventually joined Monaco from Montpellier.

Woods, who made his senior debut in the third round of this competition last season against Middlesbrough, still enjoyed the occasion. His only experience of playing right-back came in Palace’s maiden pre-season fixture, a 1-1 draw against FC Luzern.

“I play right-back in training sometimes but this was my first time actually in a [competitive] game,” said Woods. “I did an okay job.

“You go forward a bit more. I’ve got to support Andros [Townsend]. He was great in front of me – talking to me and supporting me. There’s more attacking play you’ve got to contribute with rather than just defending.

“The changing room was very quiet at the end. The gaffer said it’s not good enough, and it shouldn’t have even gone to penalties. We should have got the job done in 90 minutes.

“In the first half we didn’t move the ball quickly enough. The second half was better, but we just didn’t create or take a chance when it came.”