Crystal Palace served up a goal-laden treat in the opening round of the FA Women’s  League Cup as Dean Davenport’s side won 3-2 at the Dripping Pan.

The hosts found themselves trailing early doors as Magda Mosengo scored her first goal for the club but Zoe Ness quickly equalised for the Rooks.

Cherelle Khassal put Palace back in front almost immediately before Amy Taylor once again pulled Lewes level, only for Rea Laudat to get the winner with 10 minutes left to play.

Palace captain Ashleigh Goddard said: “I’m just pleased we’ve shown what we can do after a horrible day against Aston Villa last week, and both in defence and attack we were positive. 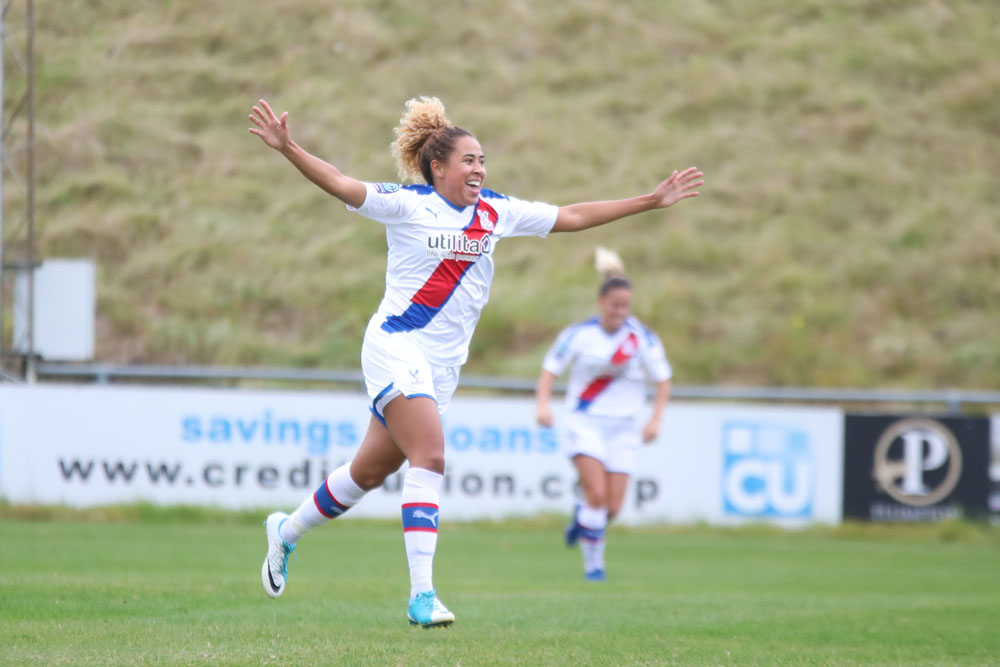 “We’ve worked hard in training over the past few days to sort out some of the issues from the Villa game, and I think it showed. We showed intent when we went forward and dug deep when it mattered in front of our goal.

“The fact there are three different goalscorers for us highlights how much threat we do carry – and it’s also nice to share the load.

“Having played these girls a couple of weeks ago, we knew what we were going to face – they’re a good side – and wanted to get a grip of it early, and Magda’s goal allowed us to do that.

“We’re in a tough group with four WSL sides, so to get three points first up is going to give us a huge amount of confidence, which we can hopefully carry into the league against Leicester next Sunday.”