Darren Powell is sitting in the reception area at Selhurst Park as he recalls how monkey chants were directed at him in his playing days. Things have come a long way since the Crystal Palace academy coach began his professional career, but even now, he feels that football is still a less welcoming place for those from Black and Ethnic minority backgrounds.

The 42-year-old made over 250 appearances in English football before hanging up his boots to take charge of Hampton and Richmond Borough, and he spent three years in South London with Palace, helping them to promotion under Iain Dowie in 2004. “I enjoyed my time here massively,” he says.

“It’s a good club it’s so attached to the community and I played with a good bunch of people. The people at the club made it more enjoyable. It was a good laugh.” 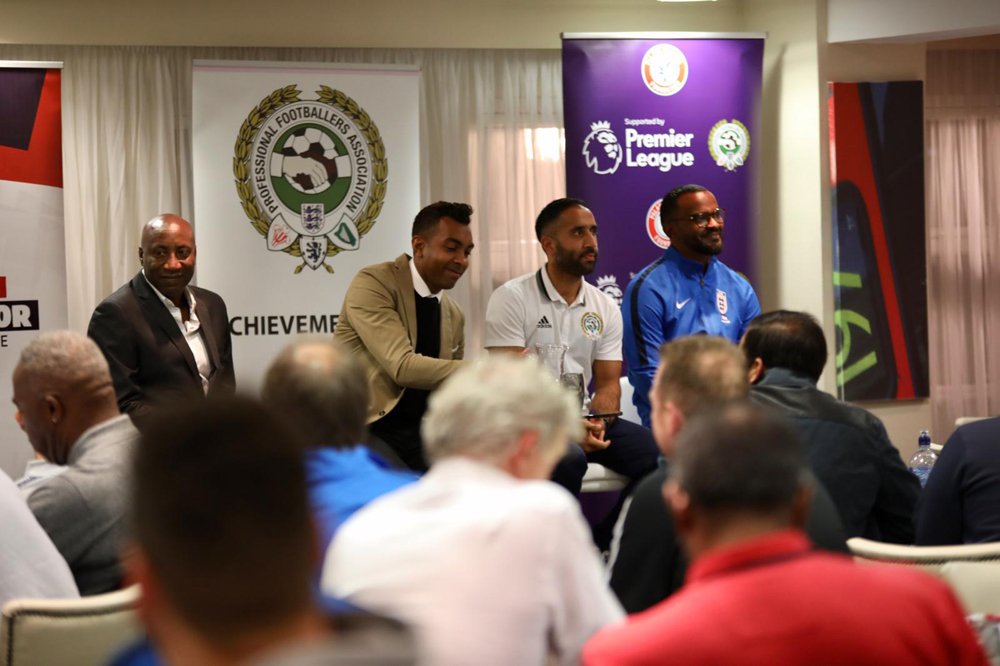 Trevor Francis would splash out around £500k to sign the centre-back from Brentford in the summer of 2002, and he would become a key player in the coming seasons, but his spell in SE25 is best remembered by a goal which put his side on the path to promotion. His 90th minute goal forced extra time in a play-off semi-final second-leg at Sunderland which Palace went on to secure victory in via a penalty shoot out and subsequently go on to defeat West Ham in the final at the Millennium Stadium to secure promotion to the top flight. 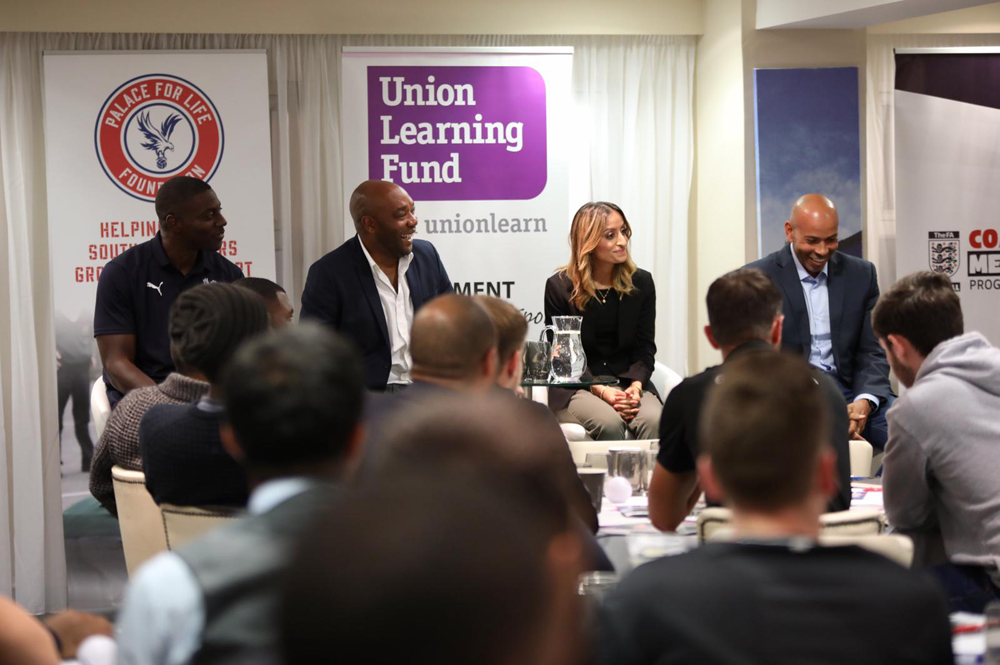 “I was struggling with my thigh that season just got back into fitness. I got involved in the semis for the play-offs. Julian Gray got sent off, I came on and said to myself ‘time is ticking. For all the good the boys did throughout the season I need to try to play my part.’ Despite his self-confessed poor memory, he has no problem relaying his experience of that night. Play his part he did, as in the final seconds, Shaun Derry swung a corner kick to the back post and Powell came charging in to nod in off the crossbar and bring the tie level. “Many years later I found out Neil Shipperley wrestled the goalkeeper to the ground, but we got through I just somehow got my head on it. I was massively excited. It was a good moment because that season started badly but we gained some momentum and went up. It was a massive achievement.

But for all the euphoria of that goal, there had been some bad times as well. The former defender recalls how he was racially abused during his playing days, and ponders the reasons why. “I was shocked. Of course when you hear a monkey chant you’re shocked. I was like ‘wow’ But you have to refocus, continue what you’re doing and do what you can. We won the game and I showed that I was a winner. I’ve been up north to places like Grimsby where it’s a different mindset or there is a lack of exposure. You get abuse but you try to be mentally strong. Before during and after a game you hear things. I’m not naïve enough to believe it doesn’t happen. If you’re going to an area where there aren’t many black people it’s different and you get a different reaction. You just have to try to stay professional. It’s borne out of ignorance.”

For all the progress made in tackling racism on the terraces, there is still a distinct lack of opportunity in football for those looking to continue with a career after hanging up their boots, and Powell points to the lack of coaches of BAME backgrounds as evidence that the industry still has a way to go to reform itself completely. 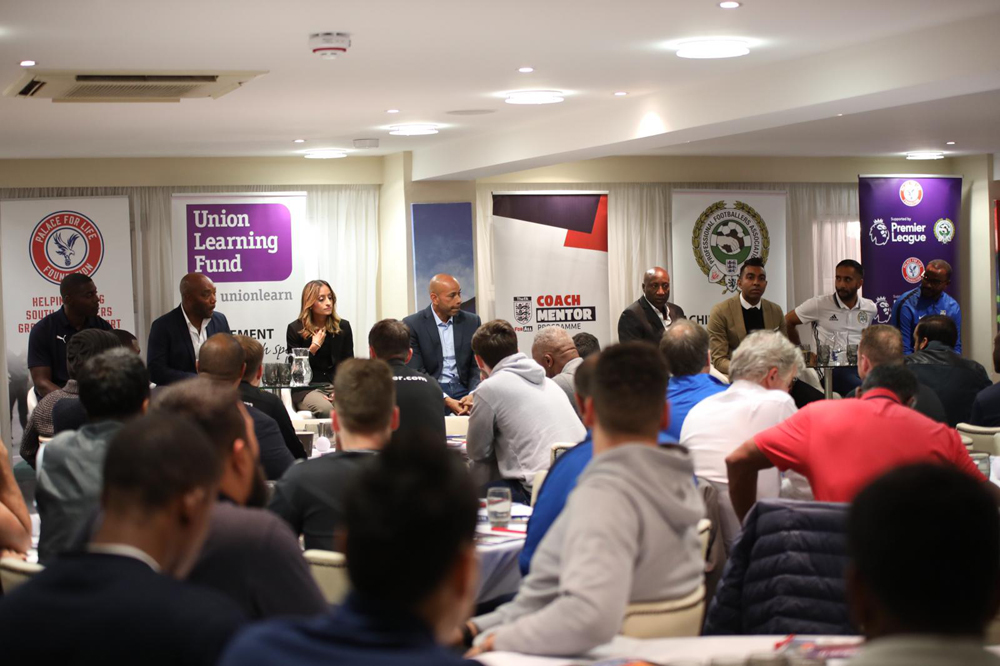 “It’s hard to put my finger on why it still isn’t changing. Whether it’s an old mentality which isn’t looking to move with the times. There should be equal opportunity for everyone but the numbers don’t lie. There is that stigma of ethnic minorities not being given an opportunity.”

Groups such as Kick it Out work tirelessly to tackle discrimination in the game, and they are aided by individual programmes at lower and grassroots levels. Powell was speaking at an event put on by the Crystal Palace For Life Foundation, with a panel of BAME coaches, and he notes the importance of these organisations.

“It’s especially for our club reaching out to the community to offer help and support. It’s a good thing to have – trying to give people an opportunity and pathway into football. Awareness is crucial. Foundations and organisations can push forward and give people of ethnic background that opportunity to get their foot in the door. Things like this give people more of a chance. It’s about education.

More and more frequently there is exposure to more diversity across society, and it is something Powell believes has a lasting impact. “Football is more diverse now. It’s not a shock to have a black or Asian face on TV – of course it helps. If it’s out there for you to see them it becomes the norm.” He switches the conversation towards the youth squads at the club and the youngsters he coaches. It is almost impossible not to notice the diversity within the Eagles’ catchment area. “In our academy there is an eclectic bunch. It’s good socially for the boys to meet people not from their social background. We have a diverse community.”

Many players look to coach at the end of their careers, and it was no different here, but the circumstances in which Powell transitioned to become a manager were unusual. “When I retired l still wanted to play some kind of football. My old club called me to come down. I asked if I could train to stay fit and then the manager ended up leaving. The chairman said to myself and the coach at the time do want you to take the team. We took it for a year and won a cup.” Following his spell at Hampton and Richmond he enrolled on the Elite Coaches Apprenticeship Scheme and has also acquired his A Licence after rejoining Palace as an academy coach following conversations with academy director Gary Issott.

It is a man held in the highest regard by Eagles supporters who inspires him the most. “Steve Coppell an old legend when I was at Brentford opened my eyes up to things in the early stage of my career. The detail he went into was great. He just made you believe in what he was telling you.” Does he envisage himself seeking to emulate Coppell’s achievements? That remains up in the air.

“I don’t know. Sometimes I say to myself I wouldn’t mind it but sometimes I’m happy seeing young players develop. It’s a contradictory moment. One minute I say one the next I don’t. I’m content where I am and want to grow myself as a coach.”