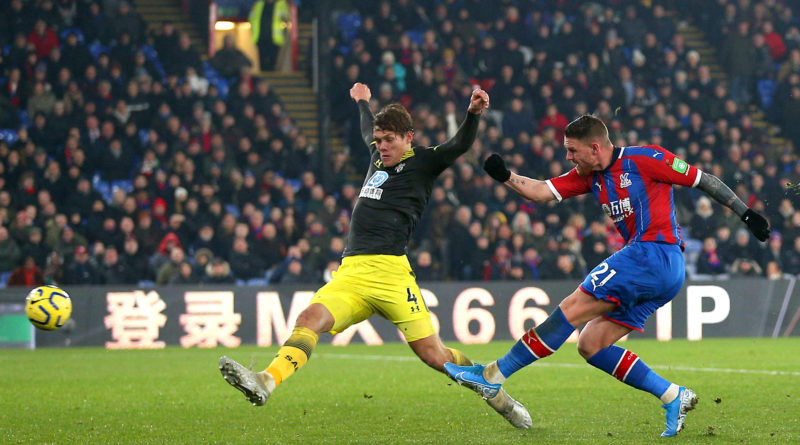 A tired-looking Crystal Palace fell to a disappointing 2-0 defeat with goals from Nathan Redmond and Stuart Armstrong condemning the hosts to their first home defeat in four games.

Southampton could arguably have scored even more at Selhurst Park.

It was a match that Palace could barely get to grips with. The Saints spent the majority of the first half in control and took the lead through Nathan Redmond in the 22nd minute, just minutes after the hosts missed a golden opportunity. Cenk Tosun, making his first home start, pounced on a defensive mix-up but failed to make it count, snatching at the chance with just the keeper to beat.
And it was Redmond who made the home side rue that missed opportunity when he gave the visitors the lead. The diminutive winger found himself on the edge of the penalty area with the ball at his feet. He rode a tackle from Martin Kelly, took aim and fired the ball into the top corner of the net.
Southampton were subsequently presented with a number of chances later in the first half which they failed to take. Armstrong forced a smart save from Vicente Guaita in the 25th minute and the midfielder  fired another shot past the post in the 31st minute — warning signs which the home side would fail to heed.
The half finished with a VAR check following an altercation between Wilfried Zaha and James Ward-Prowse. Zaha, clearly frustrated at referee Andre Marriner following what he felt was a foul just a few minutes earlier, got himself into an altercation with Ward-Prowse as the two players left the pitch. Replays confirmed that there hadn’t been any obvious violent conduct, despite footage appearing to show Zaha pointing a finger at his opponent’s eye.
Half-time proved little respite to Palace and it took just three minutes for Southampton to double their lead with a carbon copy of the first goal. Armstrong, so often involved in Southampton’s forward play in the opening 45 minutes, found himself the recipient of a Redmond pass on the edge of the box and fired a curling effort off the post and around Guaita.
The visitors had a number of  chances to build on their lead, first through Shane Long and then again through Redmond, but Guaita had the measure of both.
Palace finally looked to find a way back into the game but toiled in searching for that opening, with each opportunity matched by the away side. The best chance of the second half fell to Jordan Ayew, who had an unusually quiet match. His shot was bravely blocked on the edge of the box shortly after Southampton took a two-goal lead.
With the introduction of Connor Wickham in the 69th minute, Palace went with a more direct approach. The striker, who has spent such a considerable time out of the first-team through injury, found gaps a couple of times late in the game, but couldn’t force saves on either occasion.
Thanks to that early FA Cup third round exit to Derby County, this fatigued Palace side  has a week-and-a-half to recover. On this showing, they’ll need it.