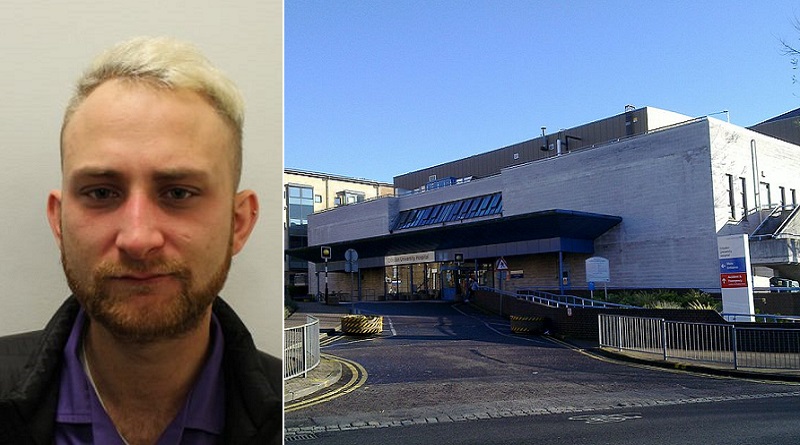 A nurse who blackmailed his gay dates by threatening to post naked pictures of them online has been jailed.

Patryk Hrymak, 27, of Norbury Crescent, Norbury, put the images online of six out of the eight of the people he threatened to expose.

The 27-year-old was jailed by Judge Deborah Charles at Croydon Crown Court on Tuesday, August 20 to two years and four months imprisonment.

He was sent to jail after pleading guilty to eight counts of blackmail and two counts of disclosing photographs and films with intent to cause distress.

Among his victims was a banking auditor, a university admissions officer, two student nurses, and the IT boss at a private bank, Croydon crown court heard.

The court heard Hrymak used the alias Thomas to contact the victims on Grindr, and continued to chat to them via Facebook, Instagram and other social media sites.

Hrymak would meet the victims on a dating app, before moving the conversation to online messaging and exchanging naked images.

Hrymak would give the victim the impression that he intended to meet up with them but before that, he would insist they confirm who they were by providing social media profile details.

Many of the victims blocked Hrymak and reported him to police.

But one victim paid him £120 to prevent him sending the images. Even then, in six of the eight cases, Hrymak sent images to the victim’s contacts.

Officers arrested Hrymak at his home on November 14, 2018. He pleaded guilty to all counts at Croydon Crown Court on July 25.

Detective Constable Keval Varia,investigating, said: “The victims in this case were contacted via a male-only dating app.

“But anyone using any form of online dating service should be wary of sending
intimate photographs of themselves. “Think carefully about what you share with people online.

“I hope that the sentence handed down brings a measure of closure for the victims.”